Clara and Other Specimens 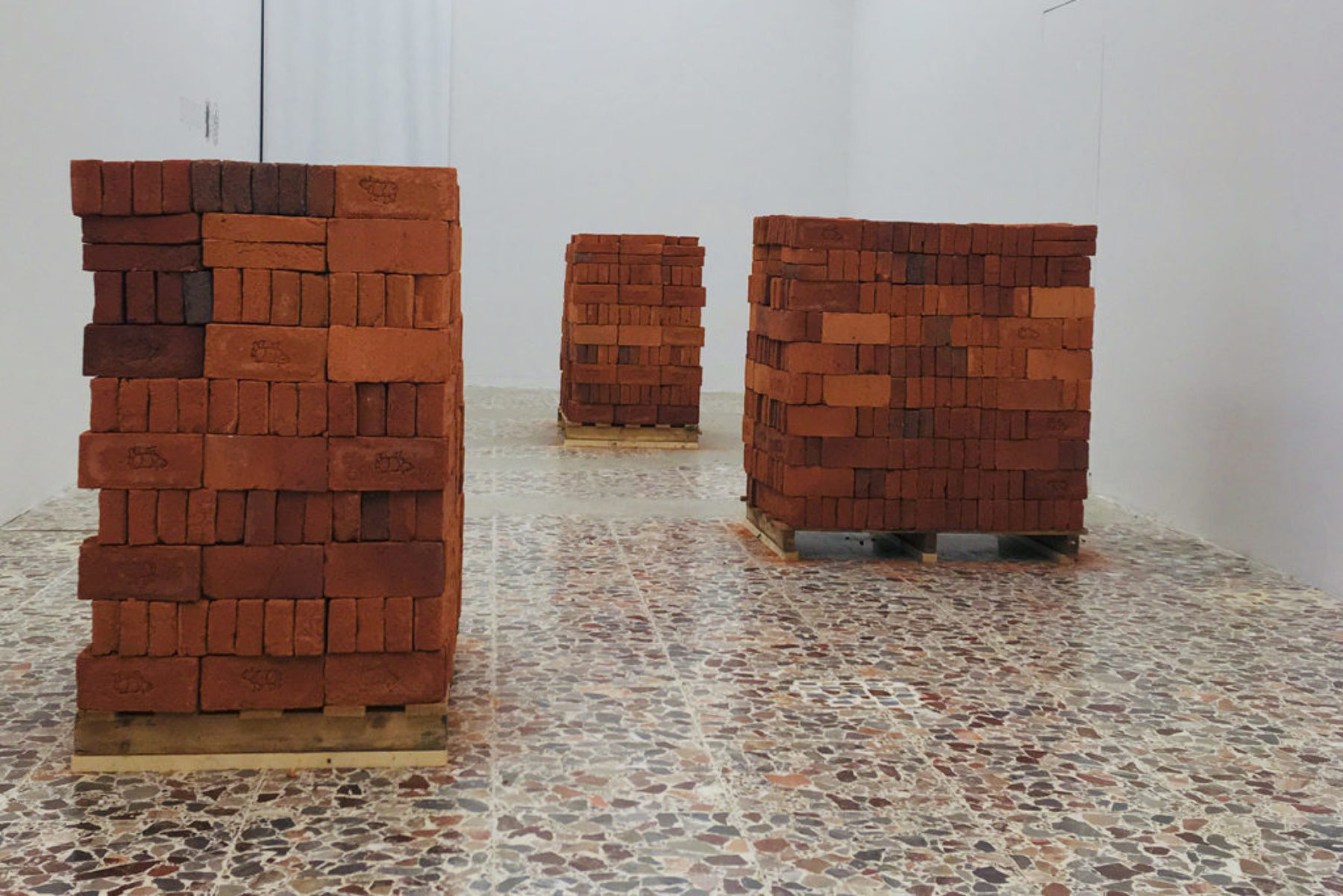 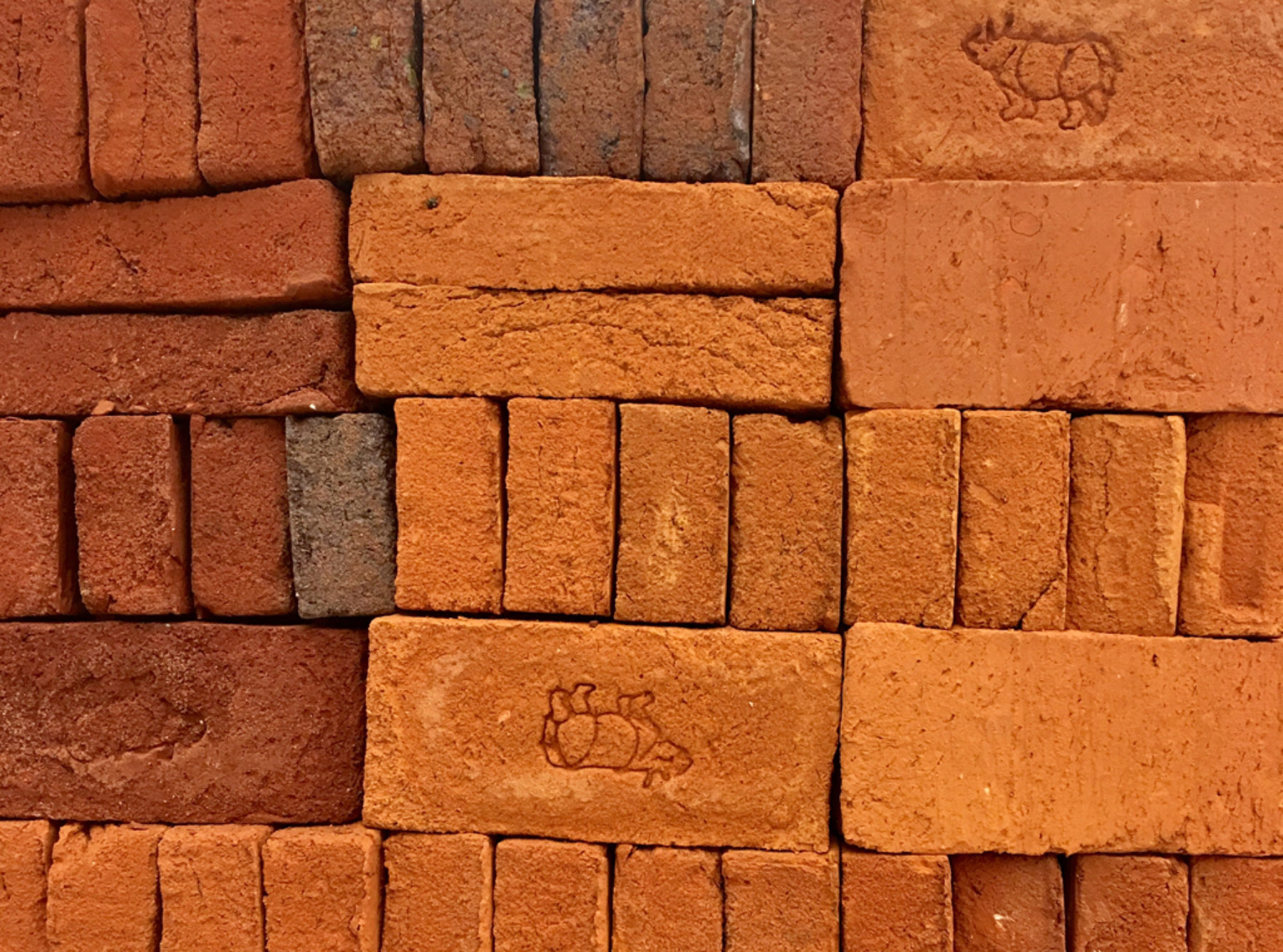 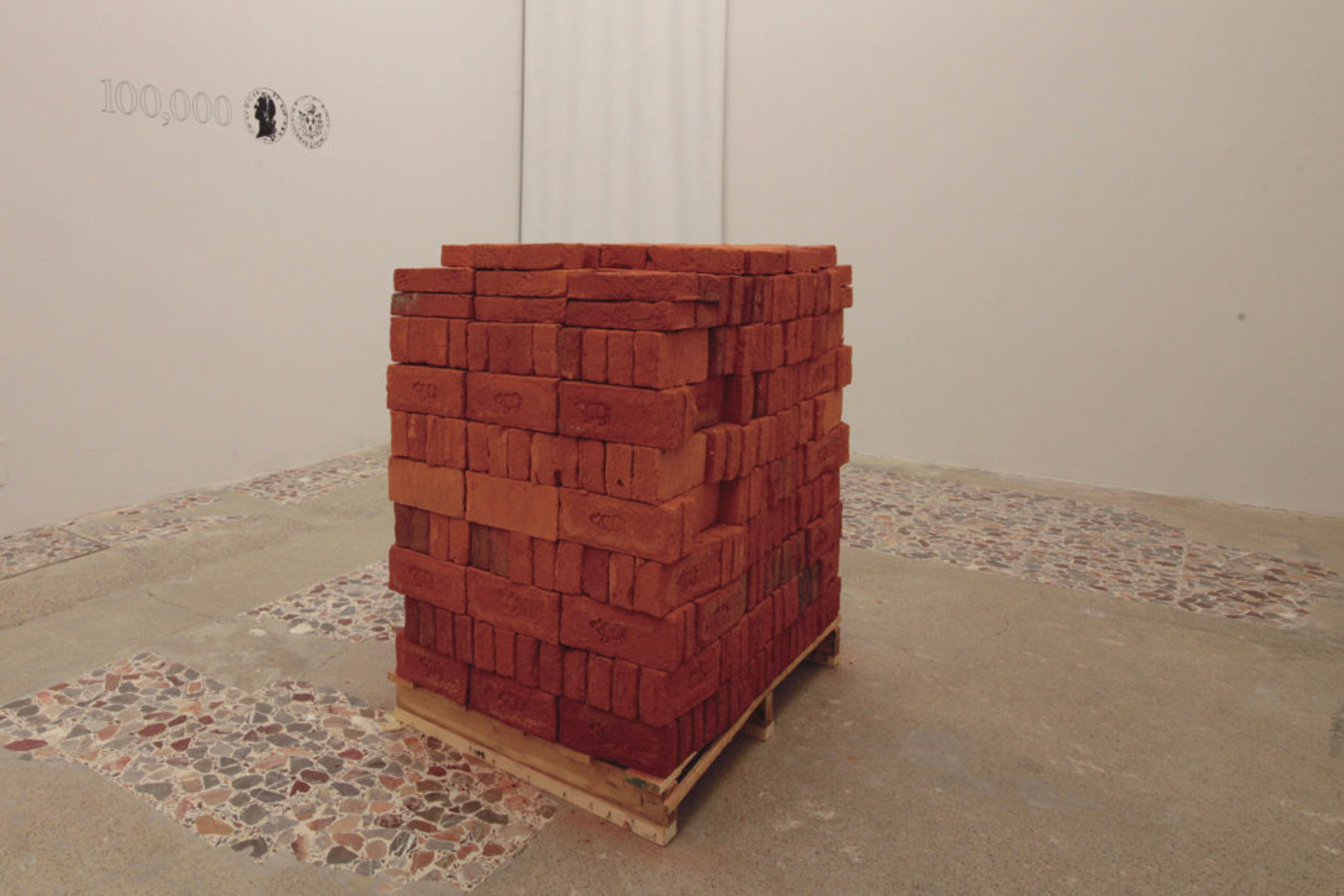 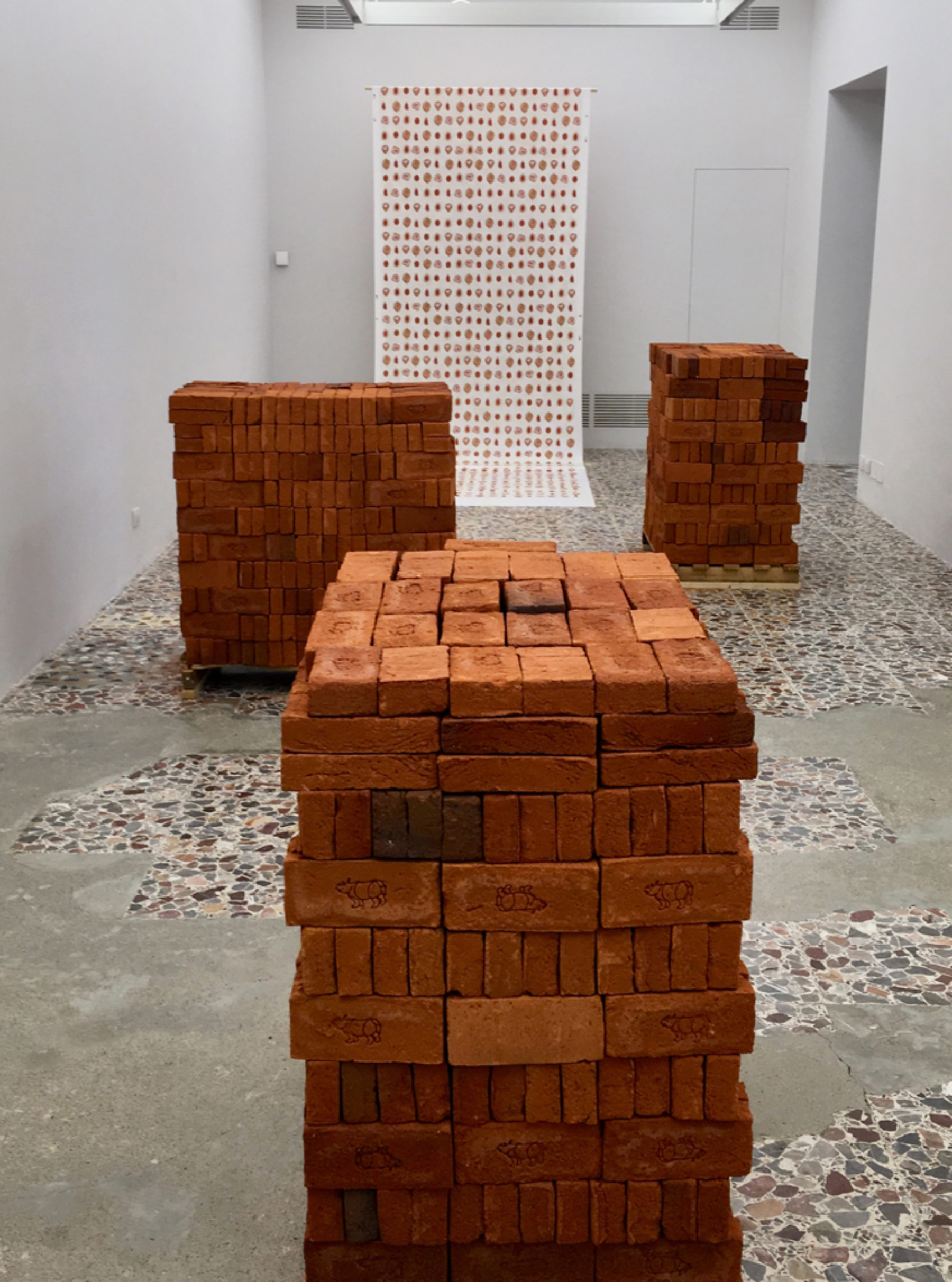 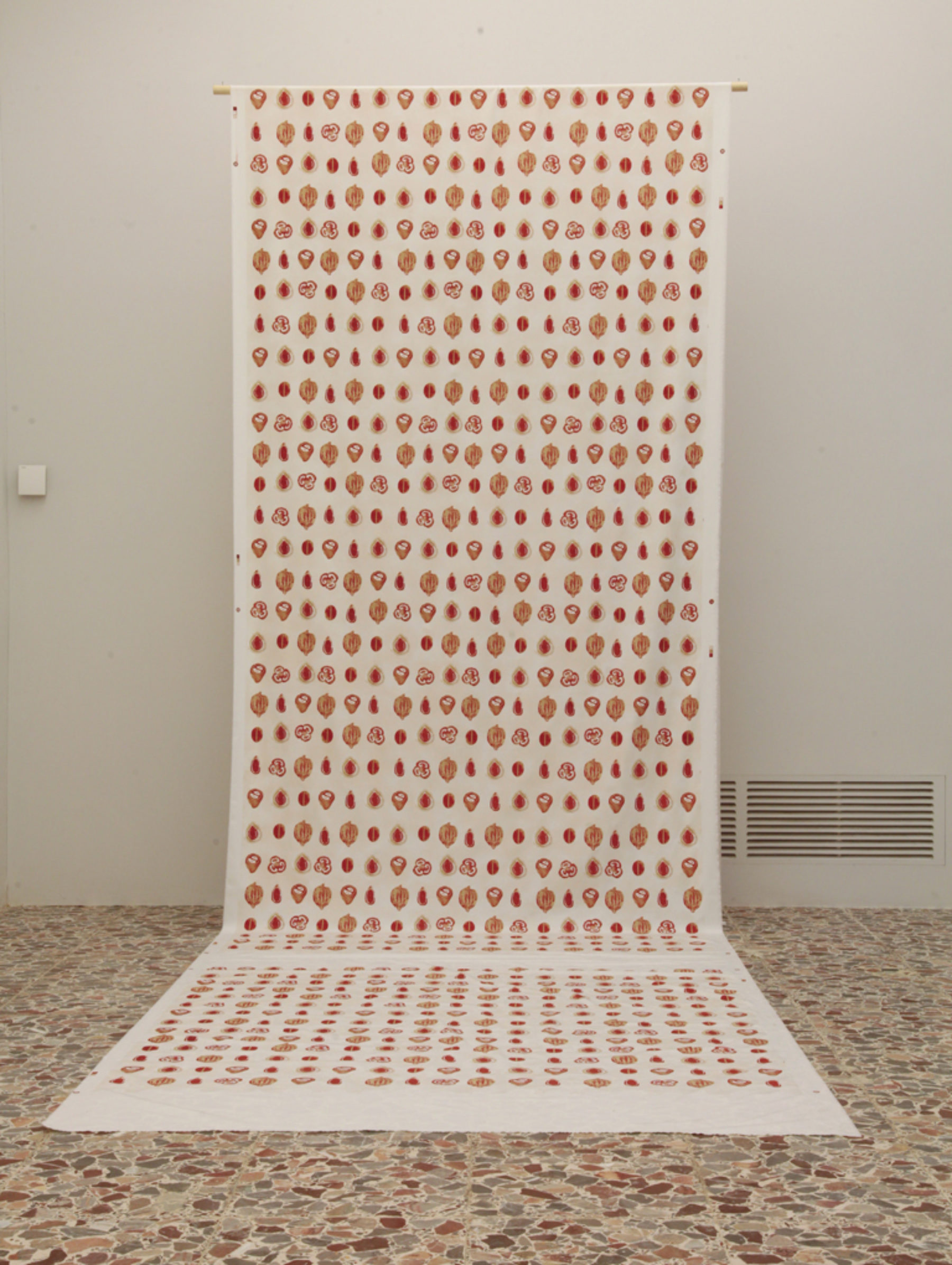 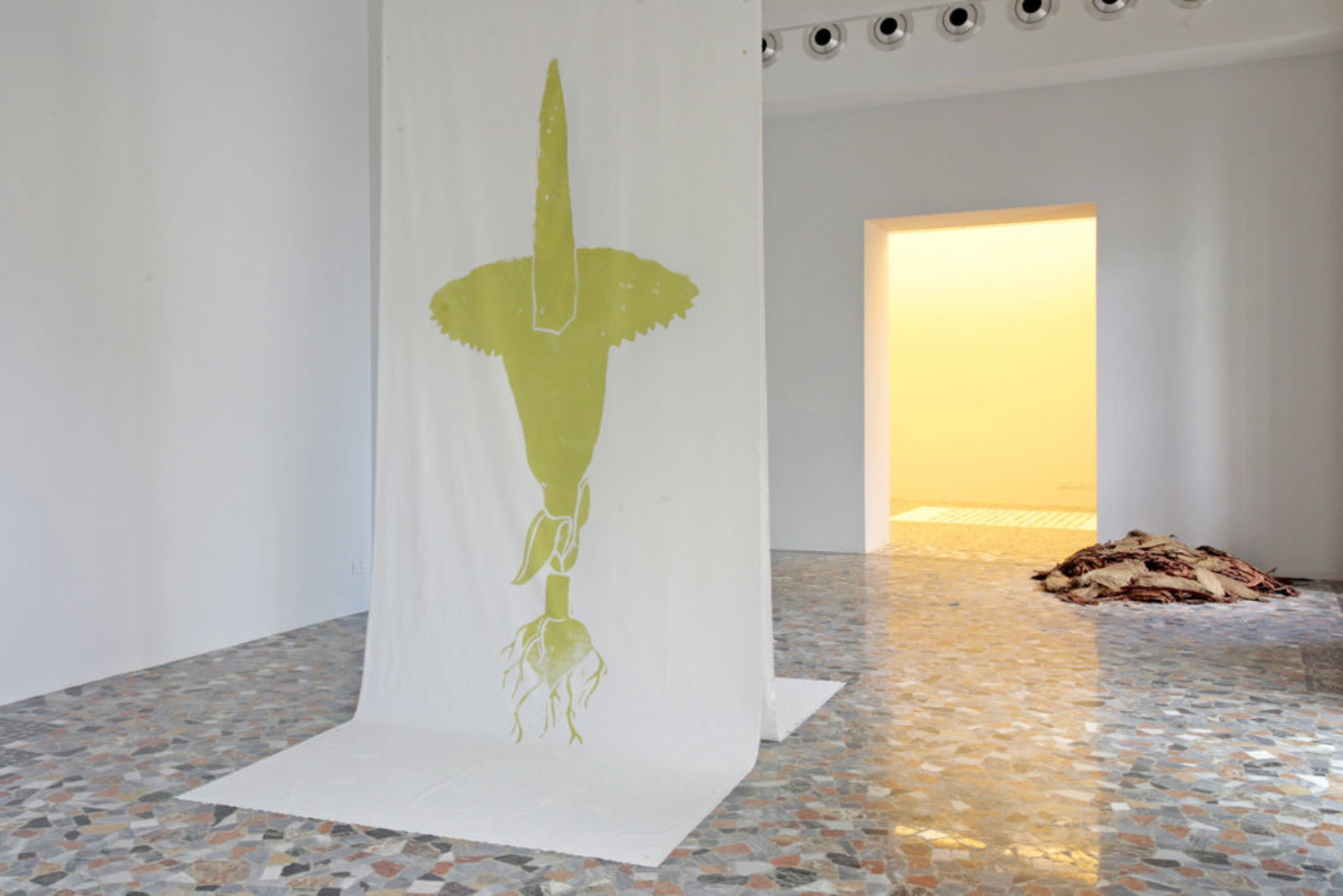 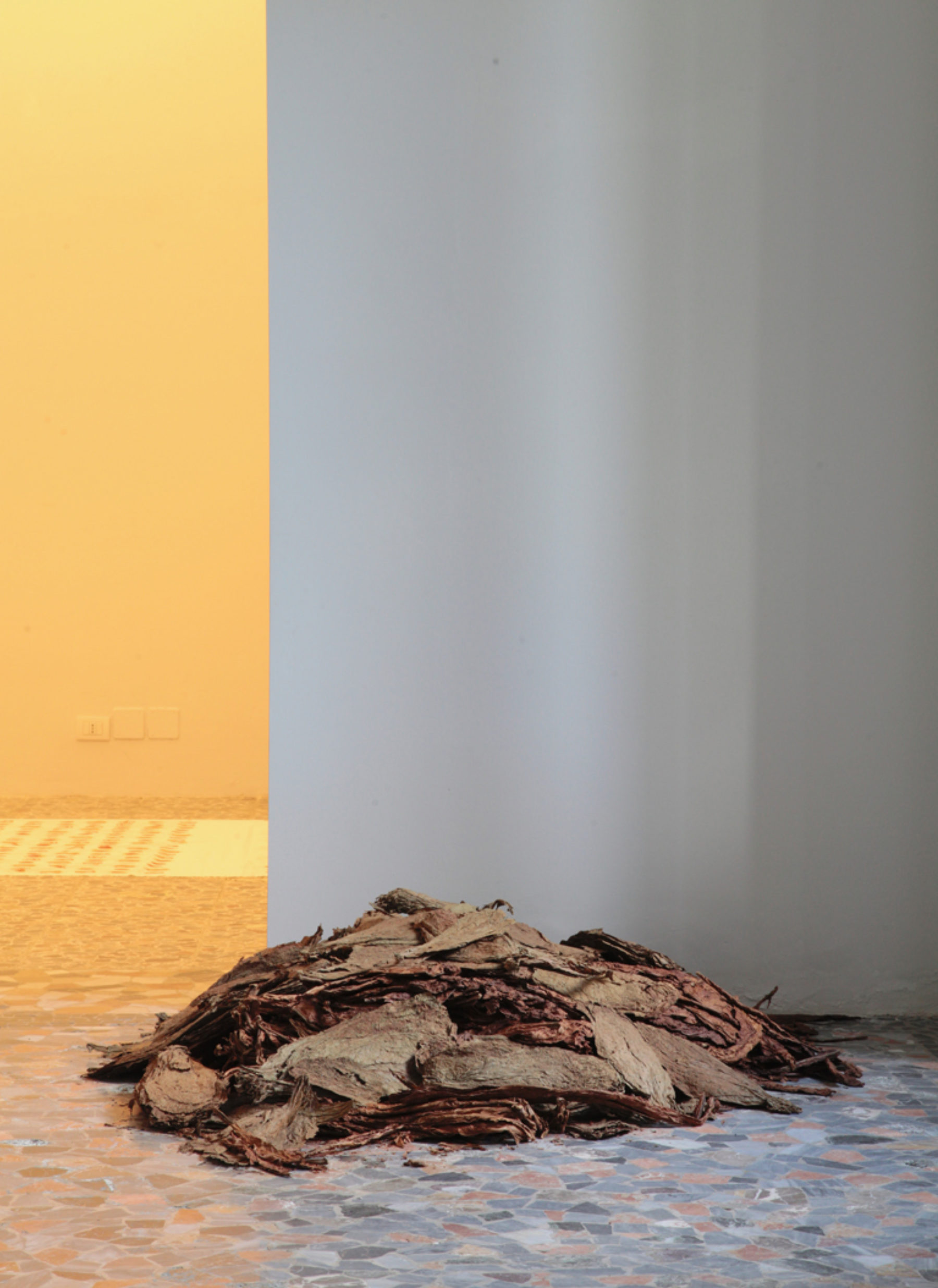 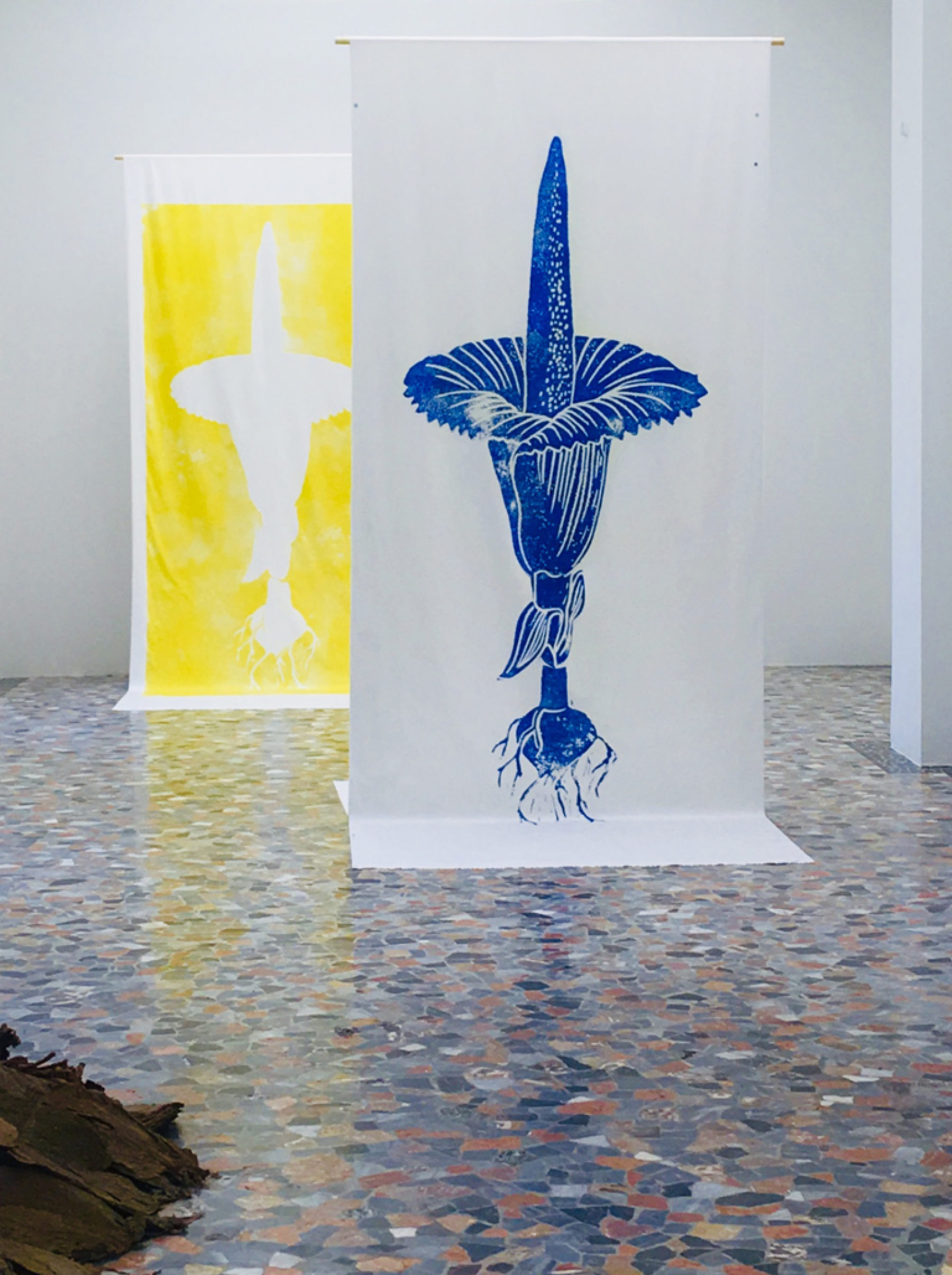 Fondazione Antonio Ratti presented Rossella Biscotti's exhibition Clara and Other Specimens in the spaces of Villa Sucota. The show, curated by Lorenzo Benedetti, was part of Grand Tour Contemporaneo, an exhibition program conceived by the Comitato Fondazioni Arte Contemporanea for the 58th Venice Art Biennale.

At the Fondazione Antonio Ratti, Rossella Biscotti presented works that investigated themes of migration and the consequent relationship with the territory. Highlighting historical facts, often forgotten, the artist sought a conceptual transposition in order to emphasize the changes. Biscotti analyzed these themes from the point of view of the animal and plant realm with two works that question the concept of decontextualization and the search for the construction of new biological contexts. The transformation of the territory was analyzed through the forced displacement from the place of origin and through research into building new biotopes in which flora and fauna together restored a dimension of existence.

The presented artwork Clara (2016) bears the name of the Indian rhino imported in 1740 by Douwe Jansz Mout van der Meer, captain of the Knappenhof ship of the Dutch East India Company. Van der Meer immediately understood the importance of the pachyderm and organized a public European tour that for sixteen years intrigued the inhabitants of half of the european cities. Clara, perhaps the most famous rhino in history, became one of the icons of one of the most important commercial routes in the European chronicle. Biscotti reconstructed the weight of the animal in bricks that were used as ballast by the East India Company to depart with a load towards the colonies. In this sense, bricks were an element that was linked to the emptiness and the impossibility of reconstructing a different habitat for many species. Clara's translation in its weight, in the daily consumption of food and vices (sea stories tell that the animal was addicted to tobacco) and its monetary value (100,000 Louis d'or were offered by the sovereign of France for Versailles) represented the animal in terms of a constantly changing value that did not reconstitute the unity of its being.

Created for the Fondazione Antonio Ratti, the second work inquired the representation of the Amorphophallus Titanum more commonly known as Titan Arum, which was brought to Europe for the first time by the Florentine botanist Odoardo Beccari.

The plant, native of Sumatra, Indonesia, is known for having the largest unbranched inflorescence in the plant world. In fact, it blooms rarely and only for a few days, creating a huge flower that gives off a particularly unpleasant smell that resembles that of the rotting meat of a carcass and serves to attract a type of beetle for pollination. Rossella Biscotti reconstructed the life-size plant by printing the huge flower on fabric. The characteristic size of the inflorescence created a direct relationship between the plant and the public, having the same proportions as a person.

However, the condition of exposure was a very precarious context for such a plant. As in the case of Clara the rhinoceros, the speculation and exposure of an exotic species became the cause of its deterioration and its disappearance. The breakdown of the flower in silkscreens, metaphorically representing the colors that made up the image, and the breakdown of the weight of Clara, in order to solve the practicalities of its transport, speak of the exploitation and dismemberment of the exotic body for the purpose of science and entertainment.

Rossella Biscotti born in Molfetta (IT), lives and works in Rotterdam (NL) and Brussels (BE). She uses montage as a gesture to reveal individual narratives and their relation to society. In her cross-media practice, cutting across film-making, performance, and sculpture, she explores and reconstructs obscured moments from recent times, often against the backdrop of state institutions. In the process of composing her personal encounters and oral interrogations into new stories, the site of investigation tends to leave its mark on her sculptures and installations. By examining the relevance of the recovered material from a contemporary perspective, Biscotti sensibly weaves a link to the present.
Rossella Biscotti took part in major international exhibitions including the 55th Venice Biennale and the 13th Istanbul Biennale (2013), dOCUMENTA 13 (2012), and Manifesta 9 (2012). Her work has been presented in solo exhibitions at Kunsthaus Baselland, Basilea (2018); V-A-C foundation at GULAG History State Museum in Moscow (2016-2017); Museion in Bolzano (2015); Haus Lange Haus Esters in Krefeld (D), Wiels in Brussels, Sculpture Center in New York (2014) Secession in Vienna and e-flux in New York (2013) CAC Vilnius (2012).

Thanks to: Fondazione Cariplo, Ratti S.p.A