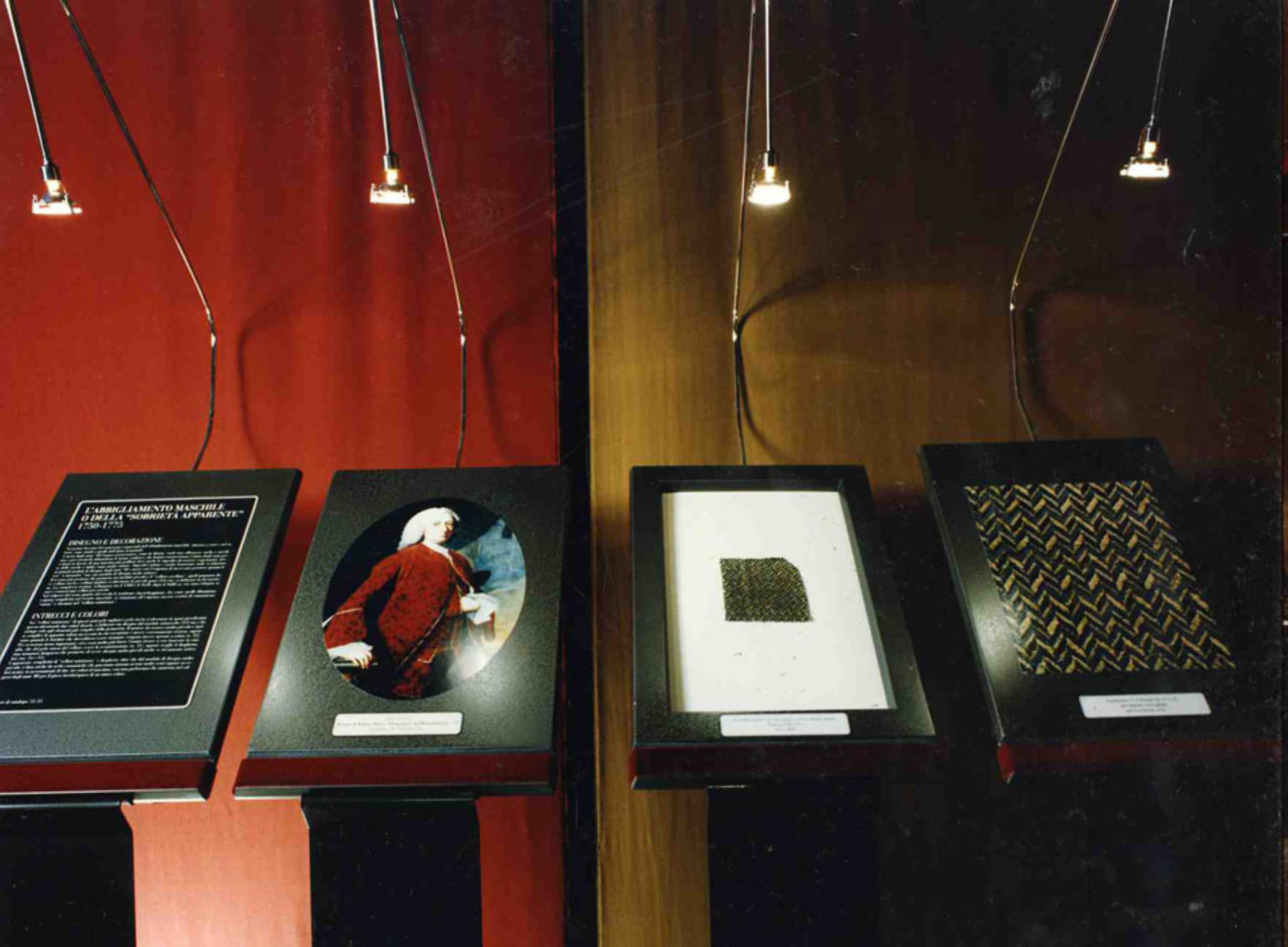 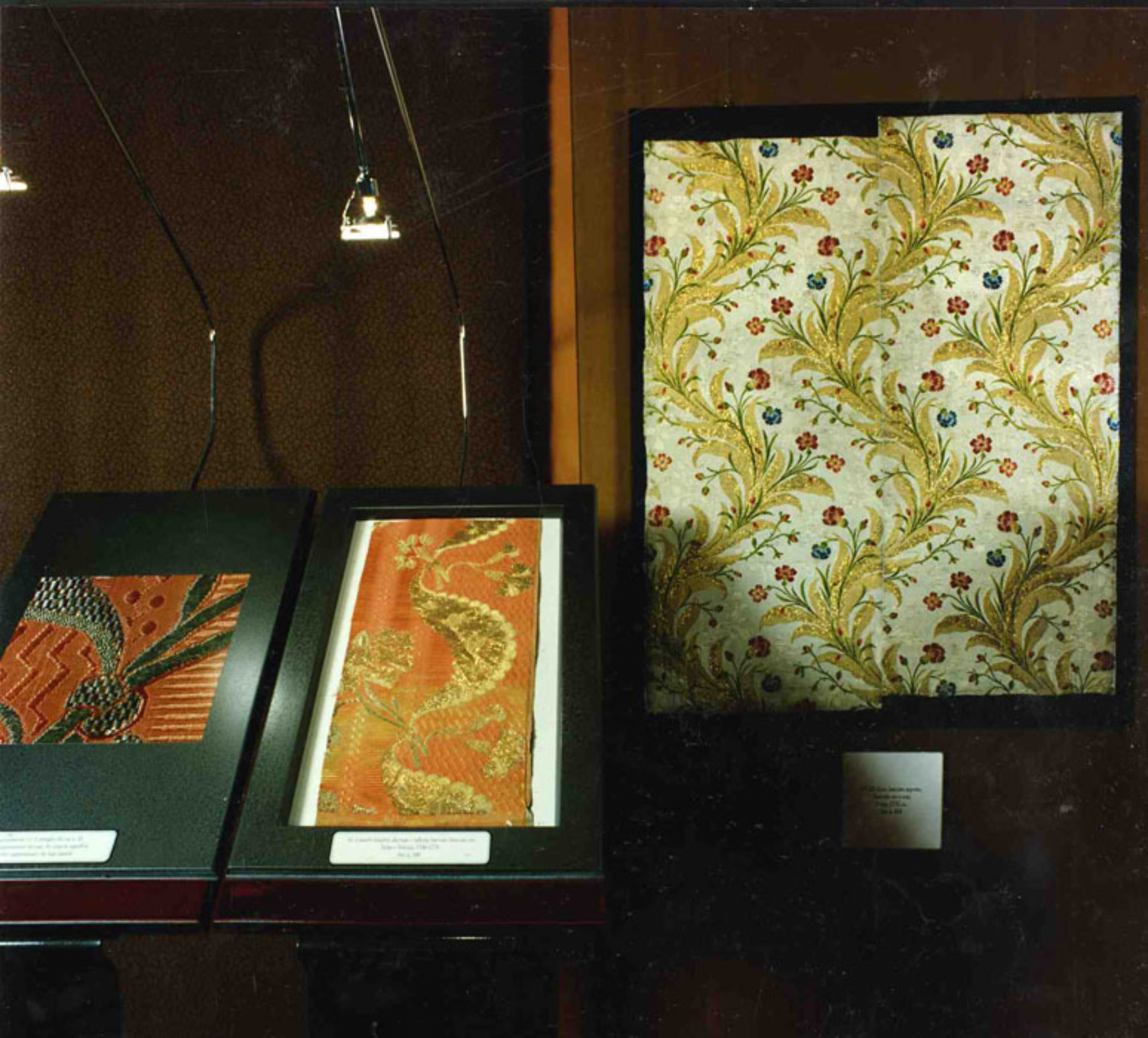 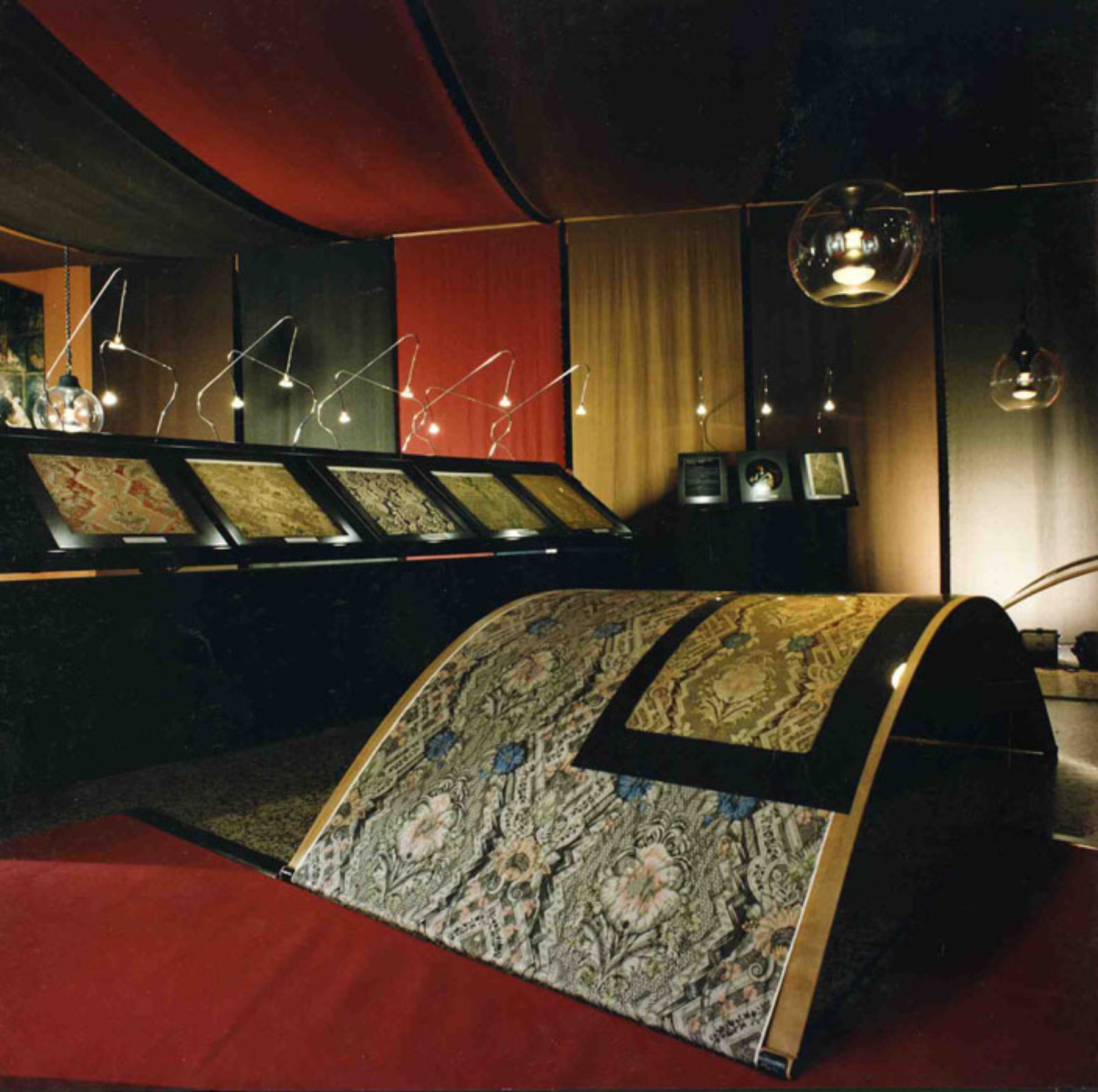 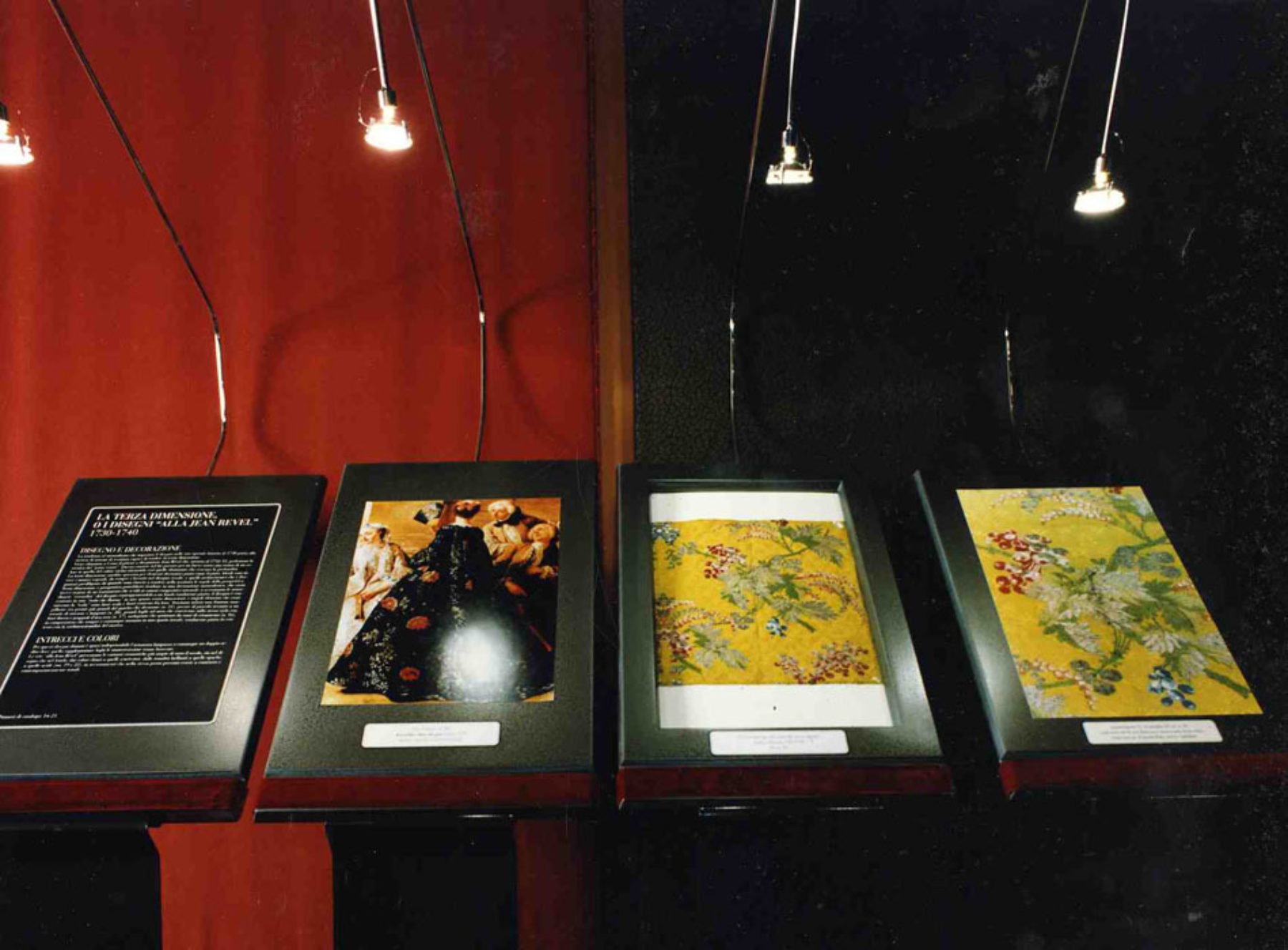 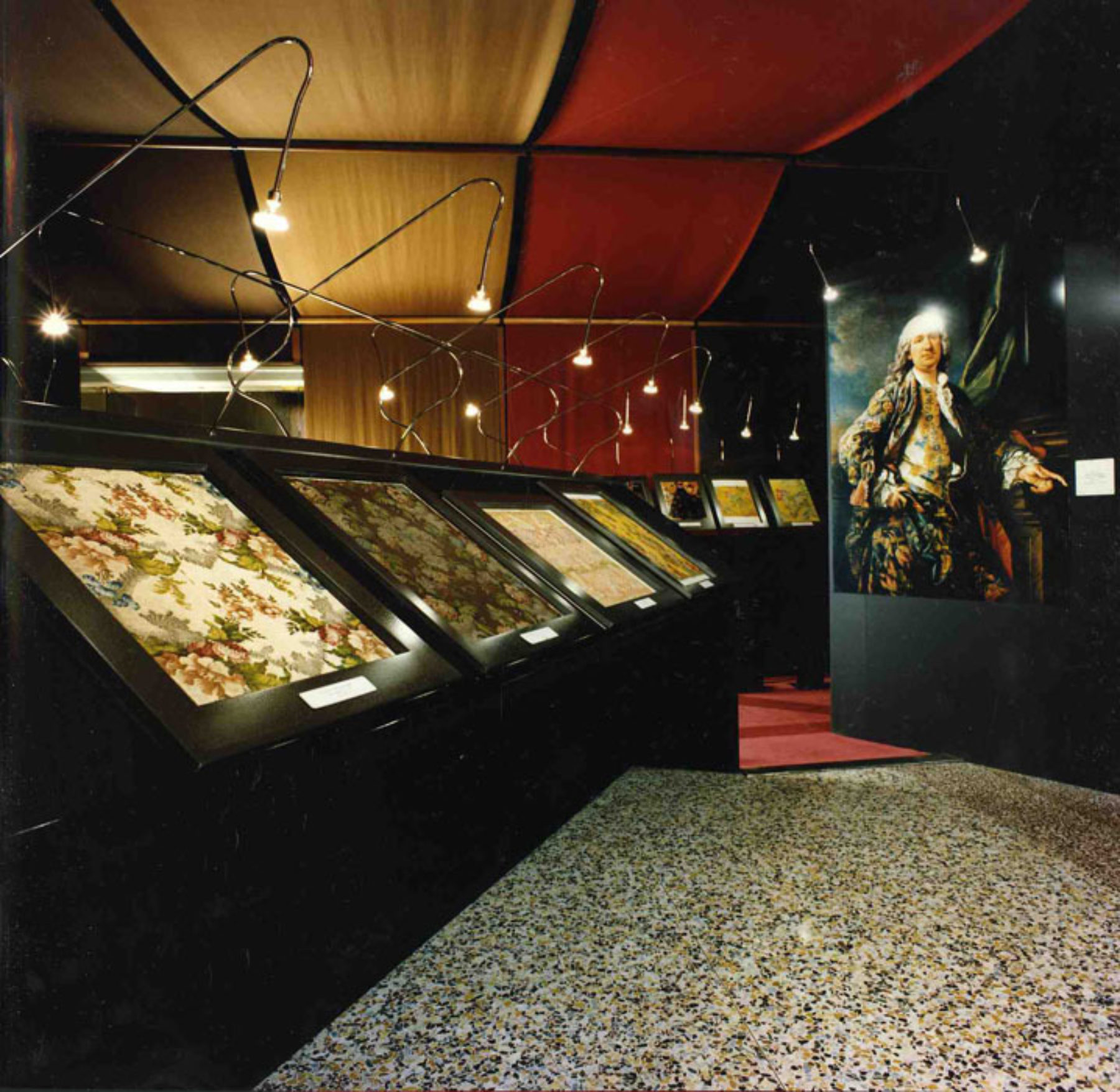 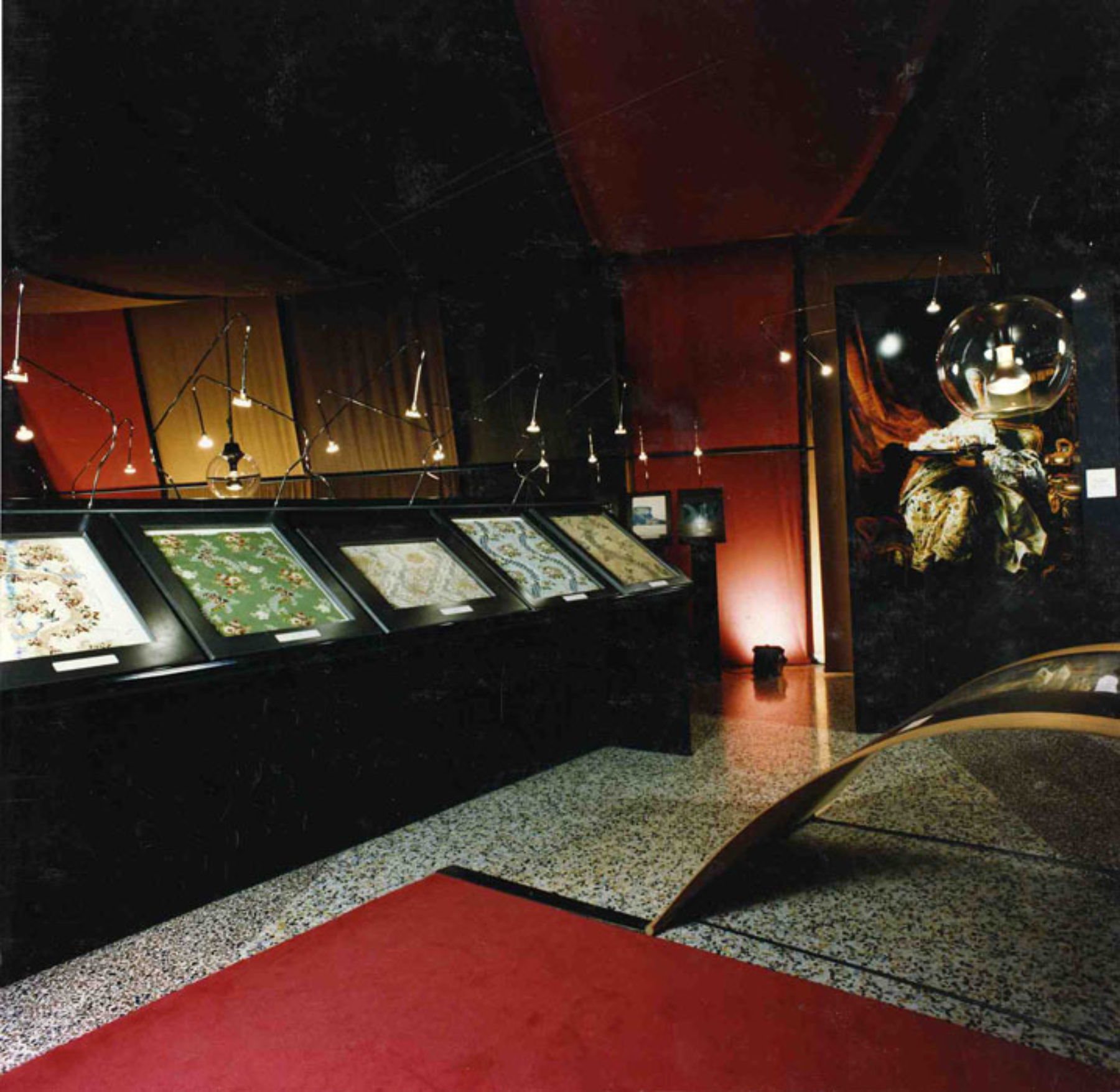 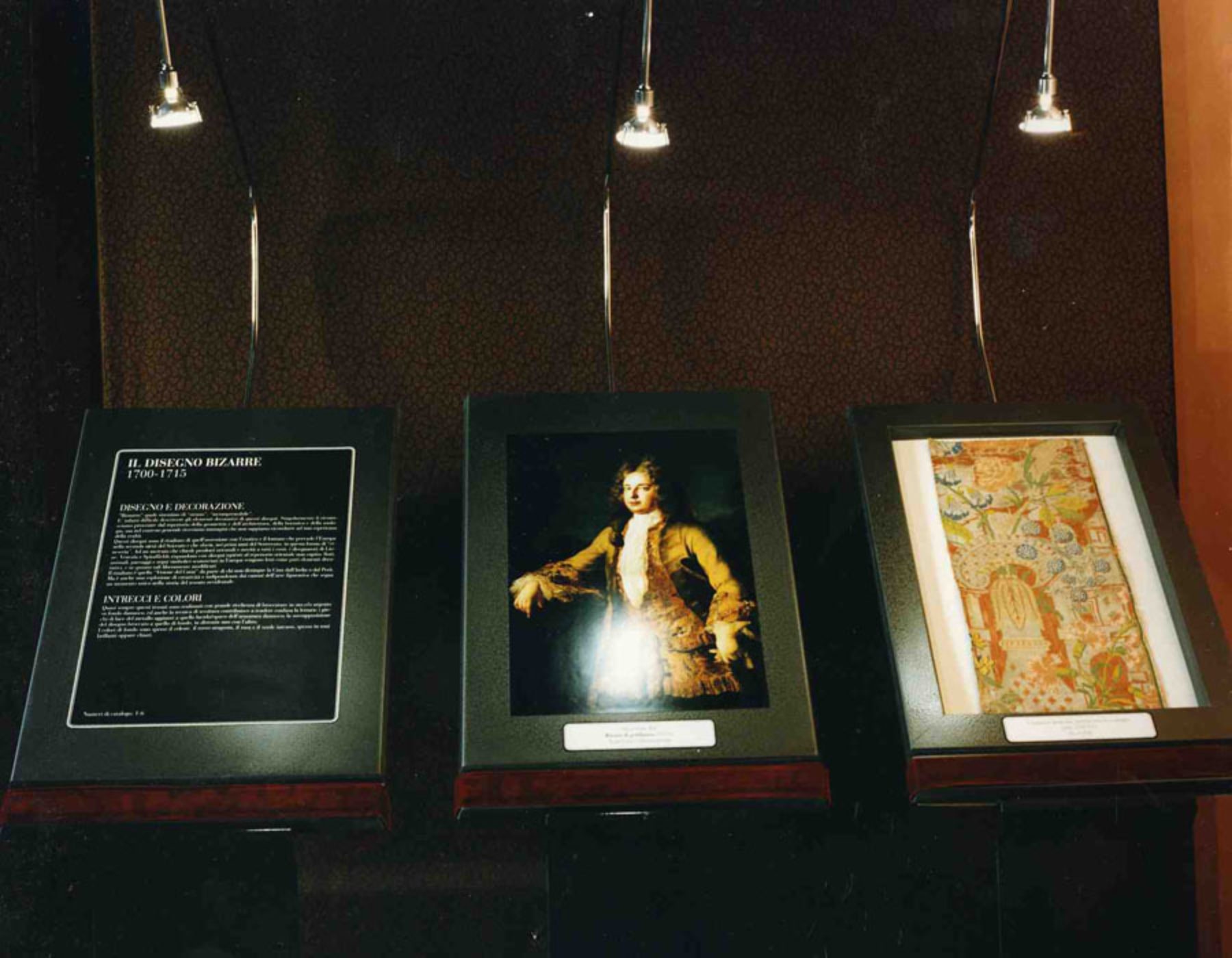 The exhibition included a selection of worked silk fabrics made in Europe throughout the XVIII century by the most prominent manufacturers of Lyon, Venice, and Spitalfields. The decorative themes ranged from beginning-of-the-century Bizarre motifs to lace designs, to cascades of naturalistic flowers fashion with the point rentré technique invented by French Jean Revel, to sinuous meanders that embellished silk fabrics in the second half of the XVIII century. Men's wear textile was represented in particular by small-pattern velvets, a typical fashion at the end of the century.

The display was organized in thematic sections chronologically, where every exhibit was supported by painting replicas; an all-around and in-depth analysis of the social, commercial, and political meaning of fabric.