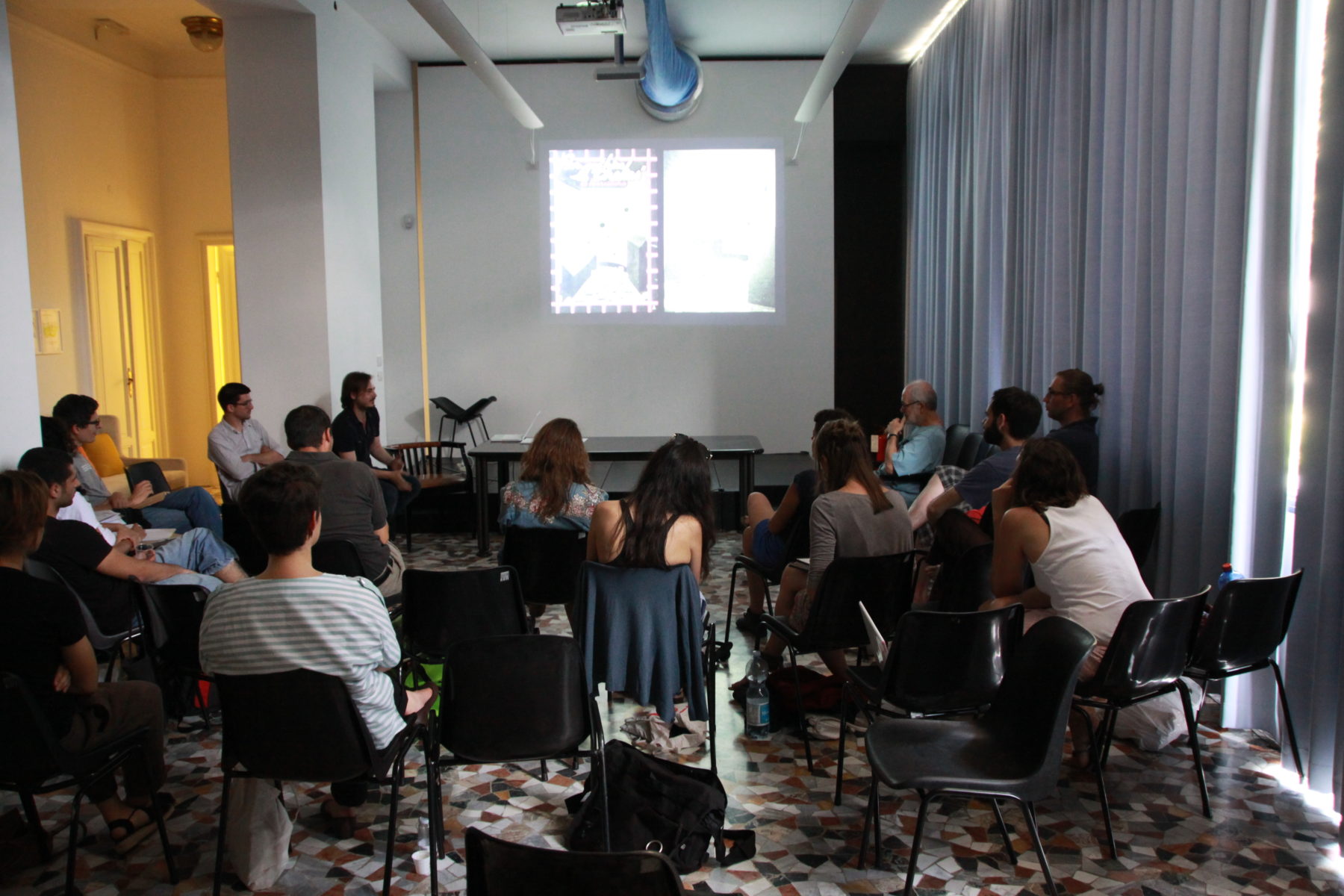 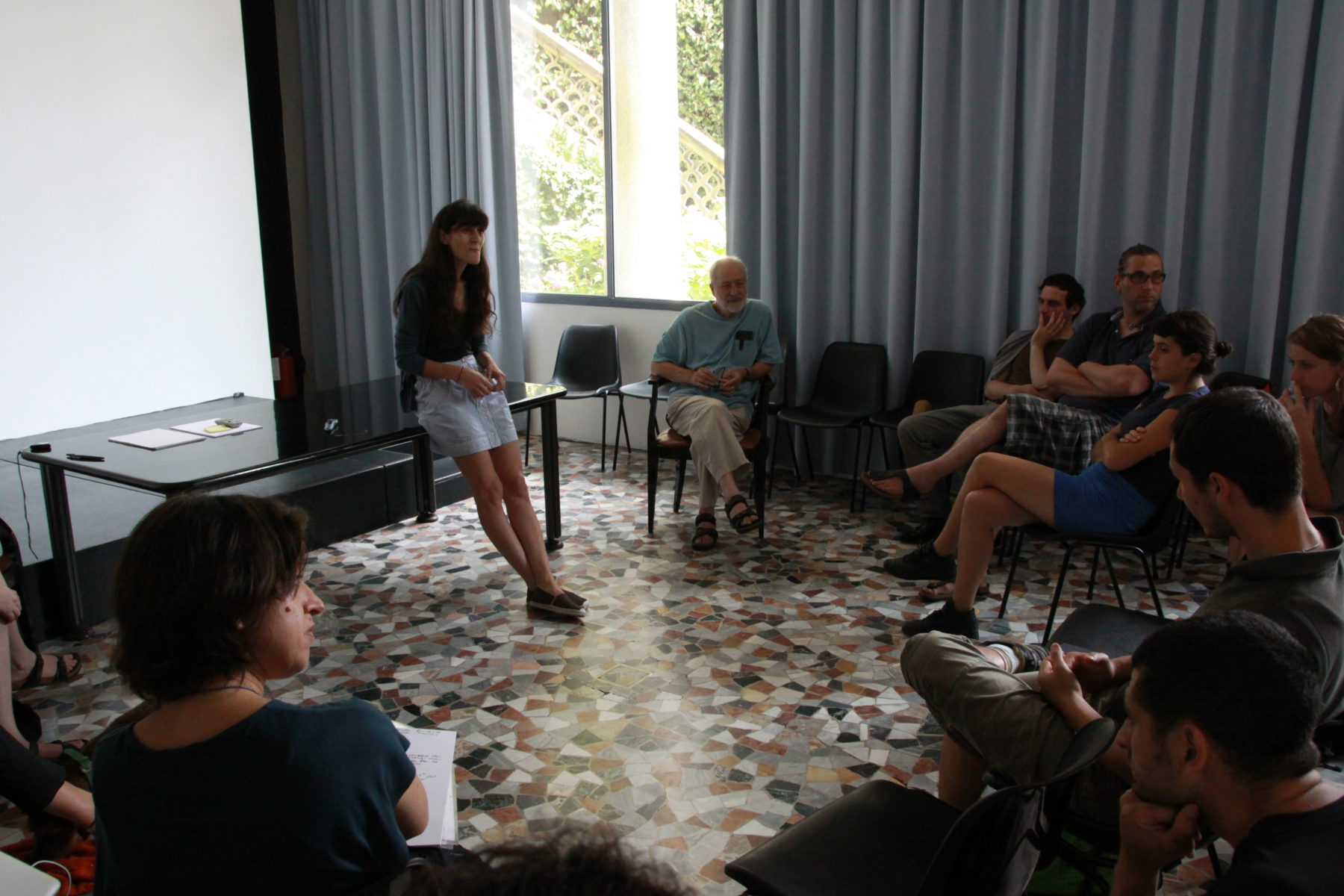 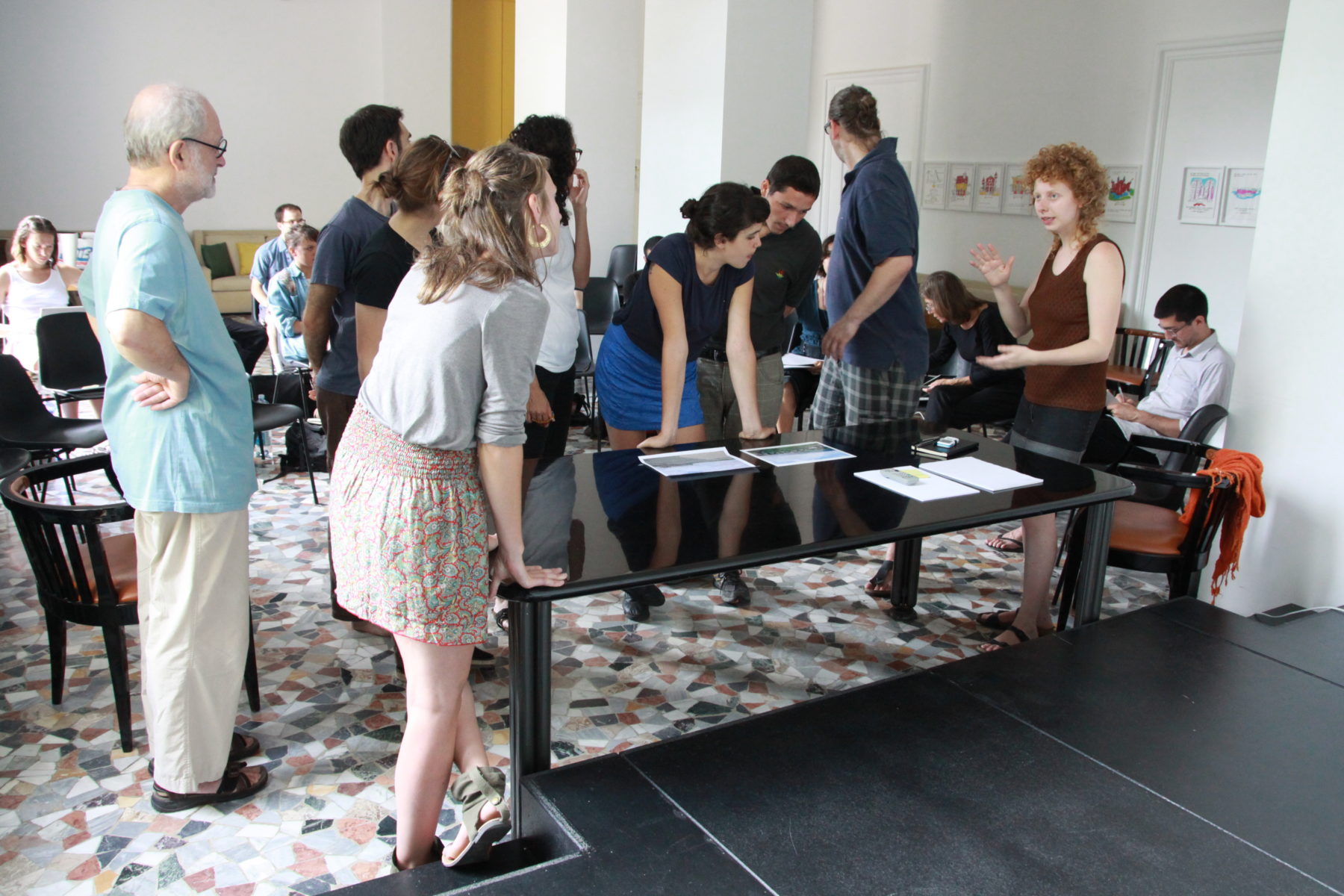 During the workshop of Hans Haacke, 2010. Photo L. Bianco

According to Hans Haacke's project, students brought to the workshop - in the form of an exhibition - something they consider significant from the place they are coming from (country, city, place of work, circle of friends, family, or other). In return, participants in the workshop were expected to prepare for an audience "at home" an exhibition of something they found significant in Como, or in Italy.
During the workshop, Hans Haacke analyzed with the young selected artists the different existing relationships between themselves and their place of origin; a similar modality of research was conducted towards Como and towards the context in which the artists worked during the period of the course, which introduced significant elements to the whole project.
The course created an occasion to reflect upon the concept of "site-specificity" and of "significance" of a particular object, image, practice or action.

Hans Haacke (b. 1936, Cologne, Germany) lives and works in New York. He taught at The Cooper Union, New York from 1967 to 2002. For the last four decades, Haacke has been looking at the relationship between art, power, money, and has addressed the issues of free expression and civic responsibilities in a democratic society. His early work dealt with physical and organic processes, he then increasingly focused on the socio-political context in which art is exhibited and traded. A one-person exhibition, scheduled at the Guggenheim Museum in 1971, was cancelled by the museum because of a visitors' poll and two works analyzing New York real estate empires.

Haacke’s solo shows were held at Tate Gallery, London; New Museum of Contemporary Art, New York; Centre Georges Pompidou, Paris; Serpentine Gallery, London; Deichtorhallen, Hamburg and Akademie der Künste, Berlin. His work was included at Documenta four times and in numerous biennials around the world such as the Gwangju Biennial (2008). After a heated national debate, Haacke’s permanent installation was inaugurated in 2000 in the Reichstag, the German Parliament building in Berlin. He. shared a Golden Lion with Nam June Paik for the best pavilion of the 1993 Venice Biennial. Free Exchange, a conversation of the artist with Pierre Bourdieu, was published in 1995 by Stanford University Press and was translated in eight languages.

Once Upon A Time...
Hans Haacke