Language and Sound as Sculpture 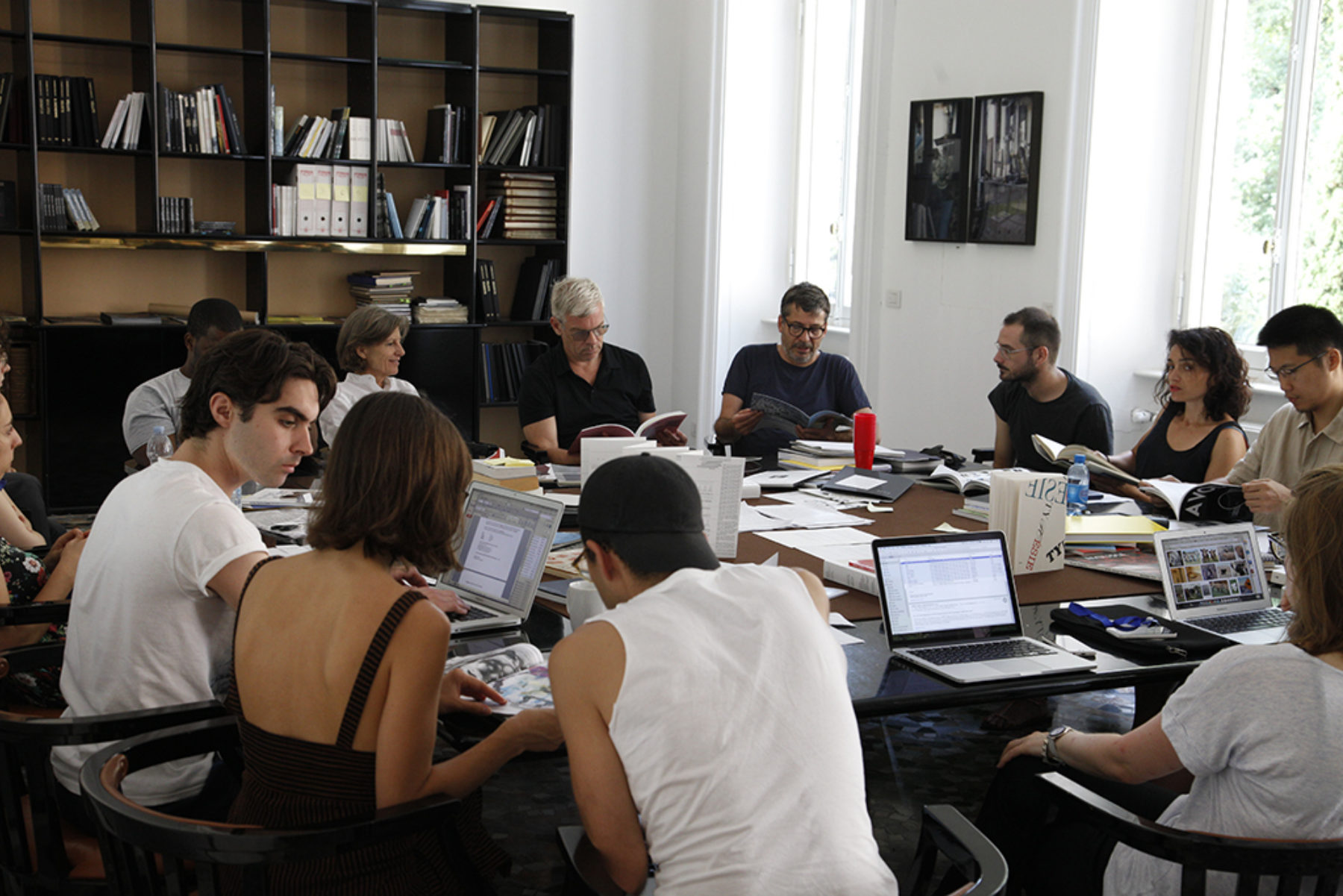 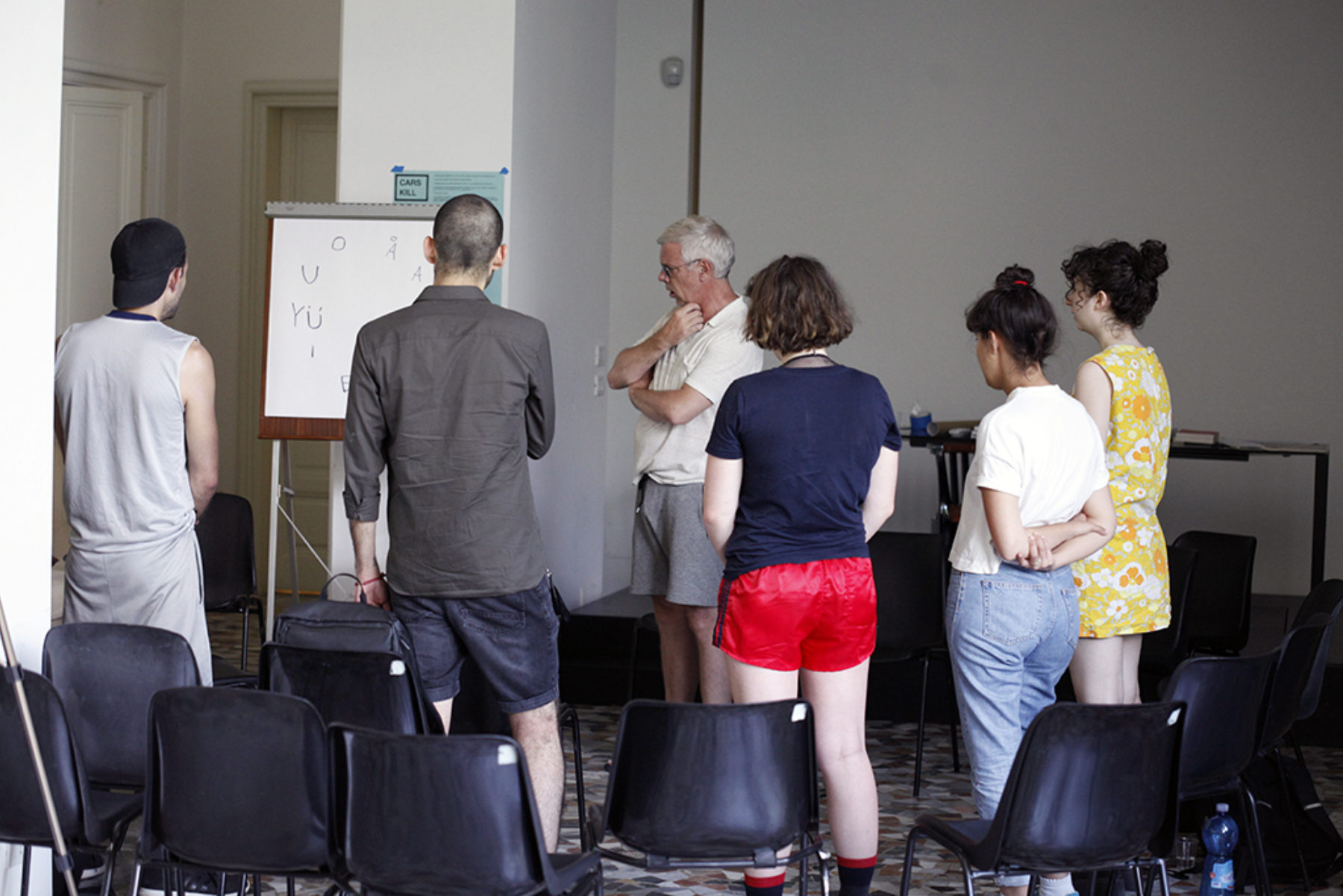 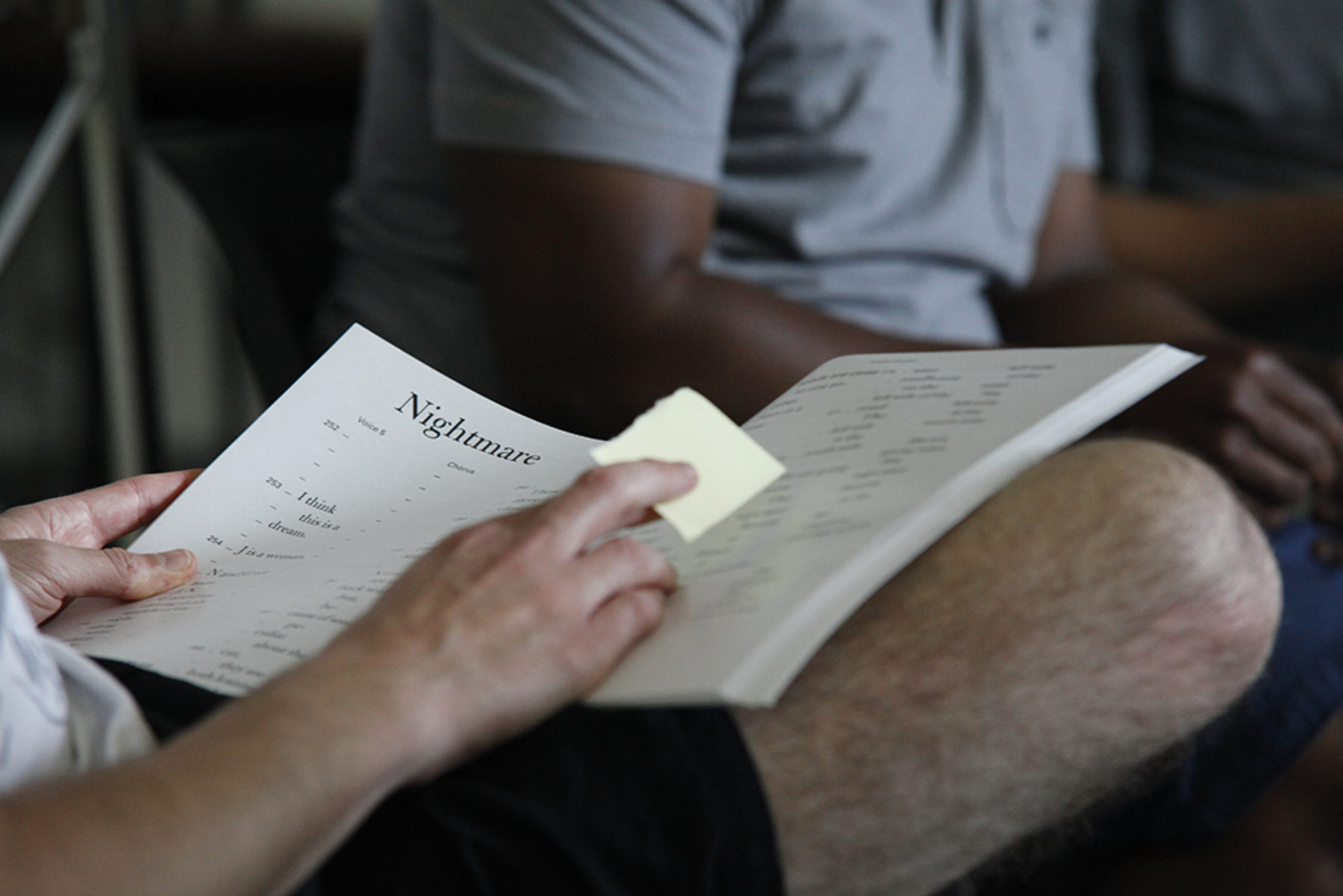 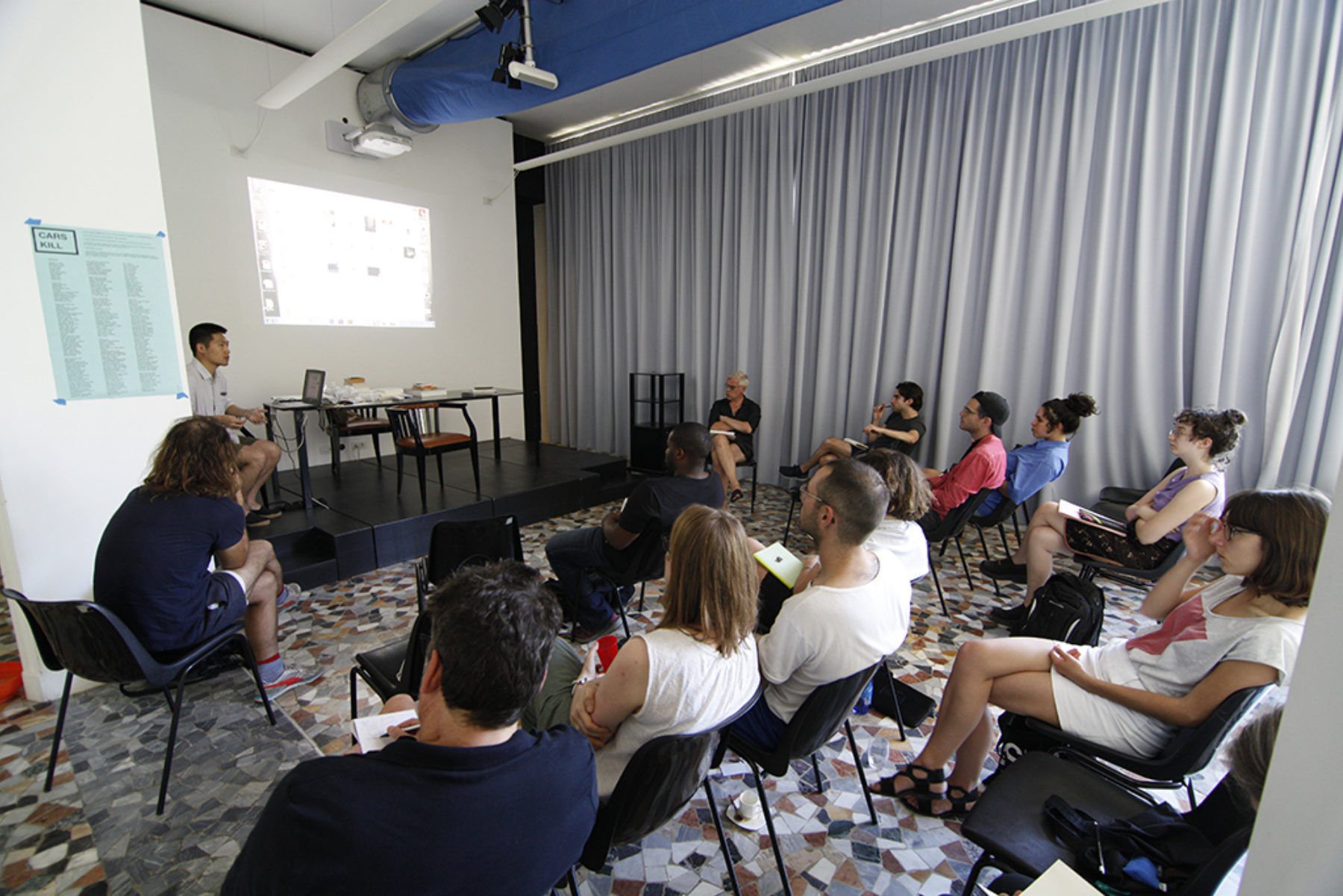 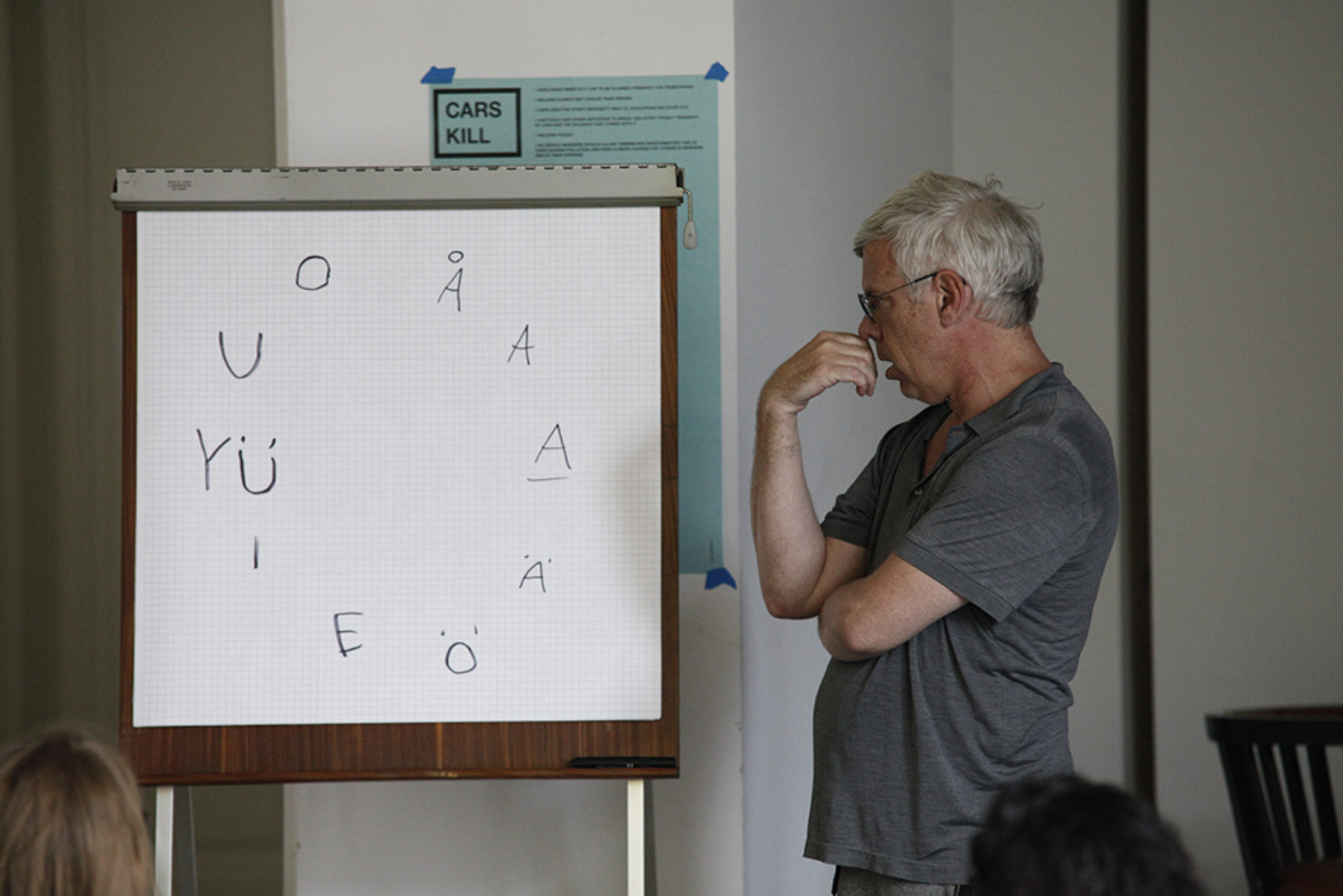 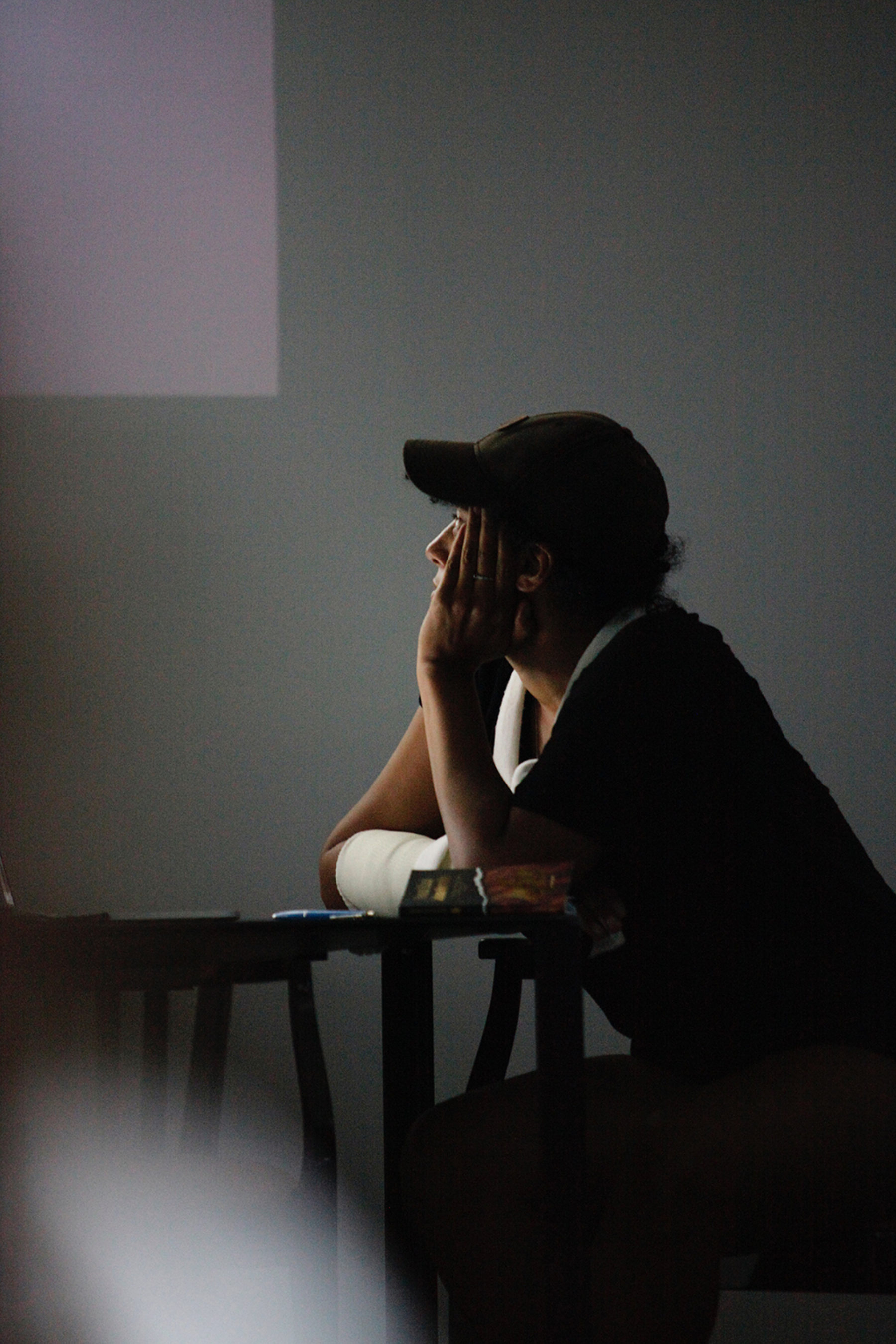 During the workshop Language and Sound as Sculpture, 2017. Photo L. Bianco

Departing from its usual format, the XXIII edition of the Artists' Research Laboratory will focus on a unifying theme rather than on a single artist's practice. Hannah Black, Michael Dean, Russell Haswell and Karl Holmqvist will lead seminars and encounters, focusing on the ways in which the relation between thoughts and objects, acts and language, sound and words may be cemented or broadened. The 2017 edition will gravitate around these artists shared interest in the ties between physical presence and language, sound, sculpture, performance and poetry. At its core will be a desire to destabilize one's own voice and to create a highly edited individual idiom capable of returning the tone, color and history of everyday speech. A shared interest in crafting objects, images, sounds, and speech from and through that which capital considers noise, material at once unproductive and exploitable, unites the four invited artists and will provide a core theme for the Laboratory.

Hannah Black (b. 1981, Manchester, UK) lives and works in New York. She is a writer, critic and visual artist working across installation, video, text and performance. In her often collaborative work, she uses her own writing as a starting point and blends theoretical, historical and personal material. Black work is concerned with notions of the body and identity and the politics of intimacy and alienation.
Black has performed and exhibited her work in museums and art galleries worldwide: Performance Space, New York (2019); Centre d'Art Contemporain, Geneva (2018); Real Fine Arts, New York (2017); mumok, Vienna (2017) and New Museum, New York (2016). As part of a performance collaboration with musician Bonaventure and artist/designer Ebba Fransén Waldhör, ongoing since 2016, she has performed at the Centre Georges Pompidou, Paris; ICA, London and MoMA PS1, New York. She has written for a number of publications, including Artforum, Texte zur Kunst and Tank. She is also the author of two books: Life (2017), co-written with Juliana Huxtable, and Dark Pool Party (2015). Black holds an MFA in art writing from Goldsmiths University, London (2013), and she participated in the Whitney Independent Study Programme, New York (2013–2014).

Michael Dean (b. 1977, New Castle, UK) lives and works in London. Dean is a visual artist, working across sculpture, photography and performance, all of which begin with his own writing and by abstracting text into physical form. A fundamental aspect of his works is a visual analysis of text which derives from a research into the tradition of the written word. His immersive installations explore language, the body, and intimacy using readily available materials including concrete and steel.
Dean’s work has been exhibited in museums and art galleries around the world: Museo Tamayo, Mexico City (2019); BALTIC Centre for Contemporary Art, Gateshead, United Kingdom (2017); Portikus, Frankfurt (2017); South London Gallery, London (2016); Nasher Sculpture Center, Dallas (2016). In 2017, Dean participated in Skulptur Projekt Münster, and in 2016, was nominated for the Turner Prize.

Russell Haswell (b. 1970, Coventry, UK) lives and works in London. Haswell is a multidisciplinary artist - working with sound, performance, sculpture and video - a record producer, a musician and a curator. His sound ranges from computer-generated harsh noise to glitches, from industrial to experimental techno, focusing on Extreme Computer Music as his specific area of intervention. He has collaborated extensively with numerous artists from the experimental music and techno worlds, such as Florian Hecker, Masami Akita and Powell. He has also participated in collaborative projects such as Consumer Electronics, Senssurround Orchestra and Autechre/Gescom. He published with Editions Mego, Tochnit Aleph, Diagonal, and Ideal Recordings.

How do We make a We