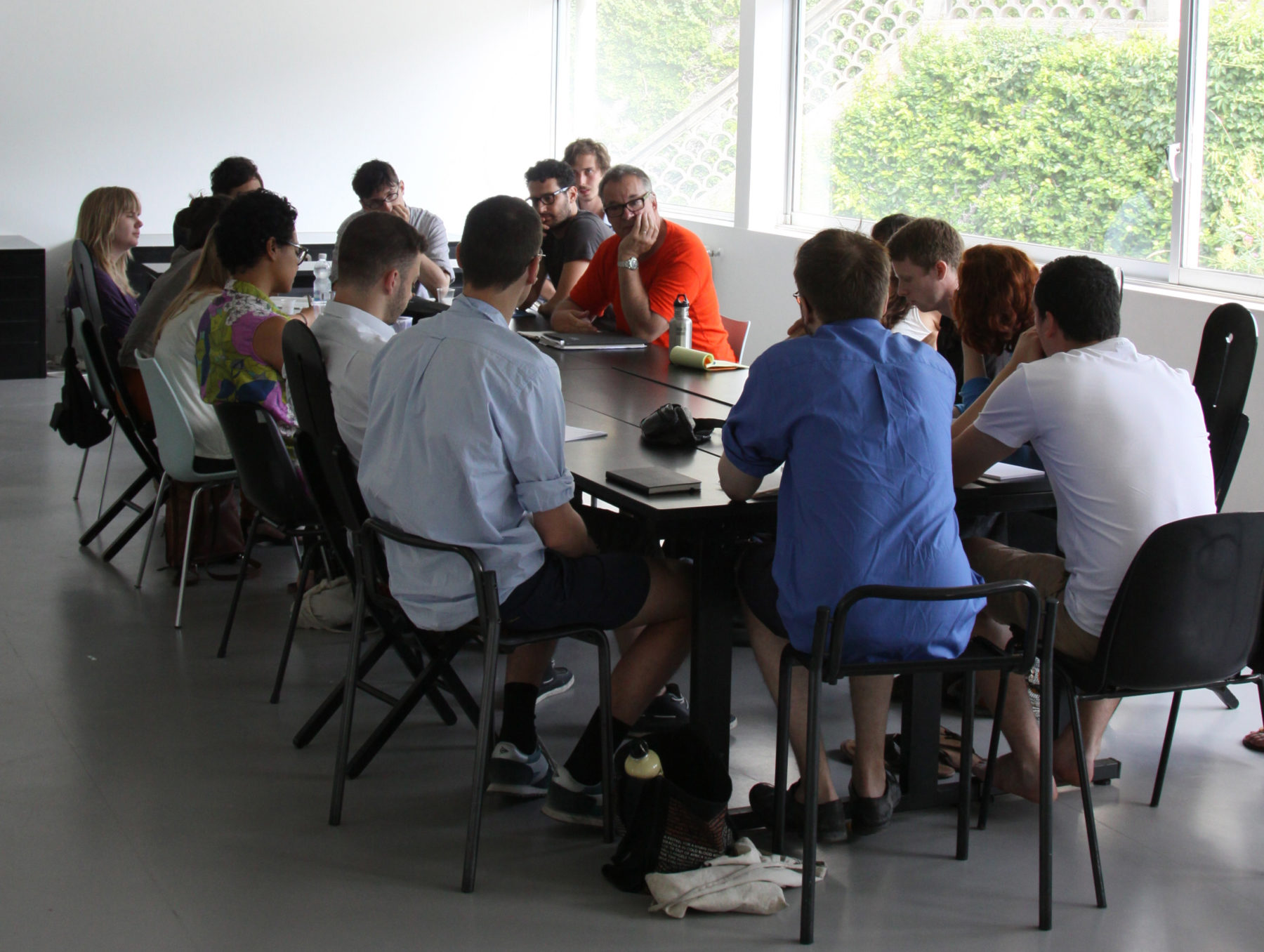 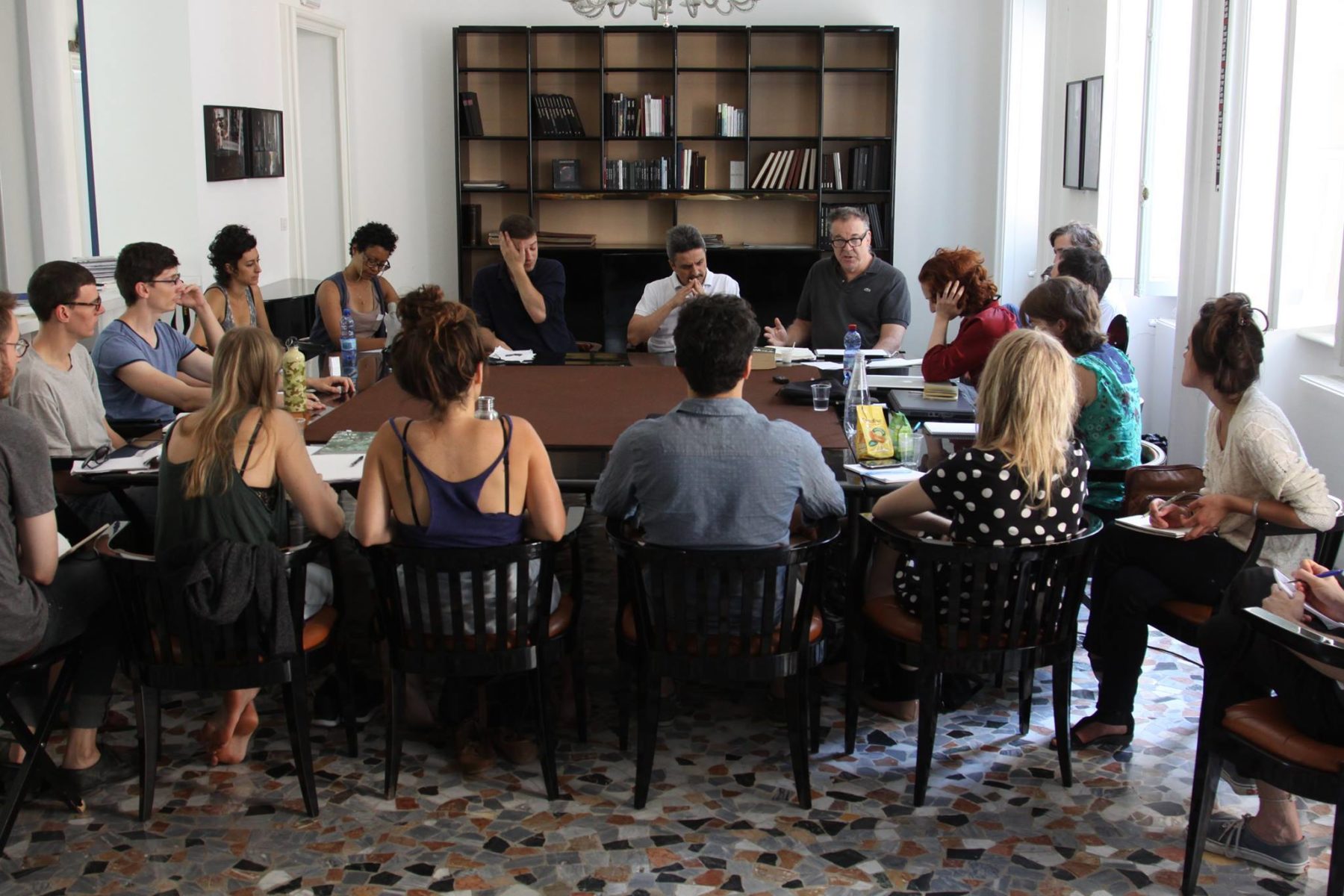 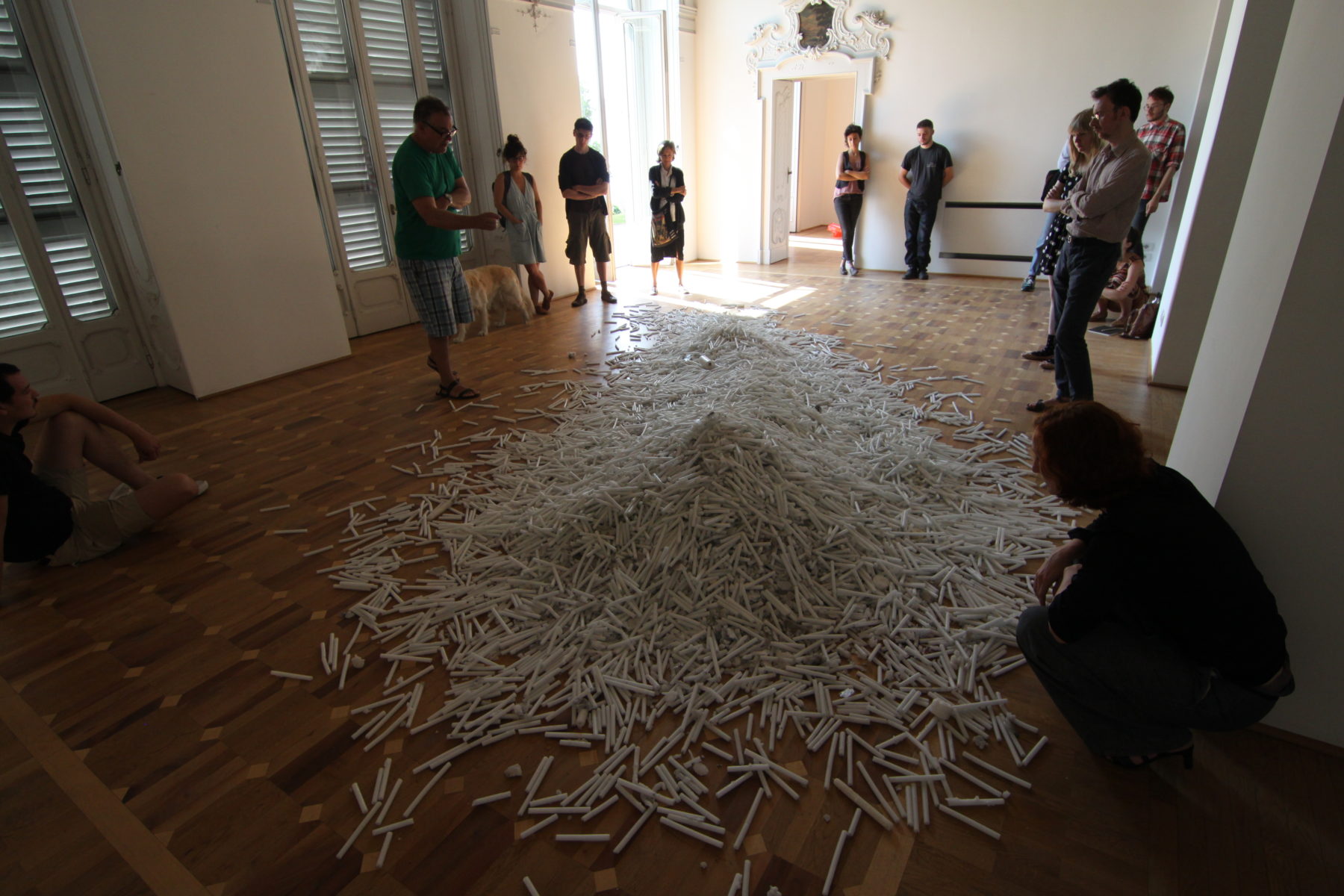 Engaging the picture
Mullican discussed his work and research through the emotional interpretation of pictures and signs. Since the early 1970s, Mullican had been interested in the ability of a picture to grab our consciousness and to create an experience. This prolonged investigation of sign-language was discussed during the lab — the nature of the theatrical experience, its ability to transform extreme emotional states, and the trance-like phenomenon that is the core of Mullican’s performances.

Matt Mullican (b. 1951, Santa Monica, California) lives and works between Berlin and New York. Active since the early 1970s, Mullican is a pioneer in the use of hypnosis in contemporary art. For over four decades he has focused on creating a vocabulary and a system of signs and symbols that offer a polyhedric vision of the universe. It is a classification system that divides all subject matter into the “Five Worlds”, each corresponding to a different level of perception. Mullican’s work is an incessant probing of the relations between reality and perception, in his ongoing attempt to explain and give a structure to every aspect of the human condition. His work also features performances and videos, including what was the cutting-edge use at the end of the 1980s of computers to generate imaginary virtual worlds.

The son of Luchita Hurtado, a Surrealist painter from Venezuela, and of the American painter Lee Mullican, Matt as a child moved from California to Venezuela, to New York, to Rome, to finally return to California. Mullican cites his extensive travels at an early age as a great influence on him and his work. Through experiencing places like Pompeii and studying his parents' collection of Oceanic and tribal art, he became interested in the cosmologies reflected in anthropological objects.
In 1974, he received his BFA from CalArts (California Institute of the Arts), one of the most innovative artistic communities in the United States, where he met David Salle, James Welling, Troy Brauntuch, and Jack Goldstein, all students of John Baldessari.

The Meaning of Things

About the Meaning of My Things

Metacognition and Nonreactivity in Mindfulness

The Meaning of Things (who feels the most pain?)
Matt Mullican

The collected work of H.C.