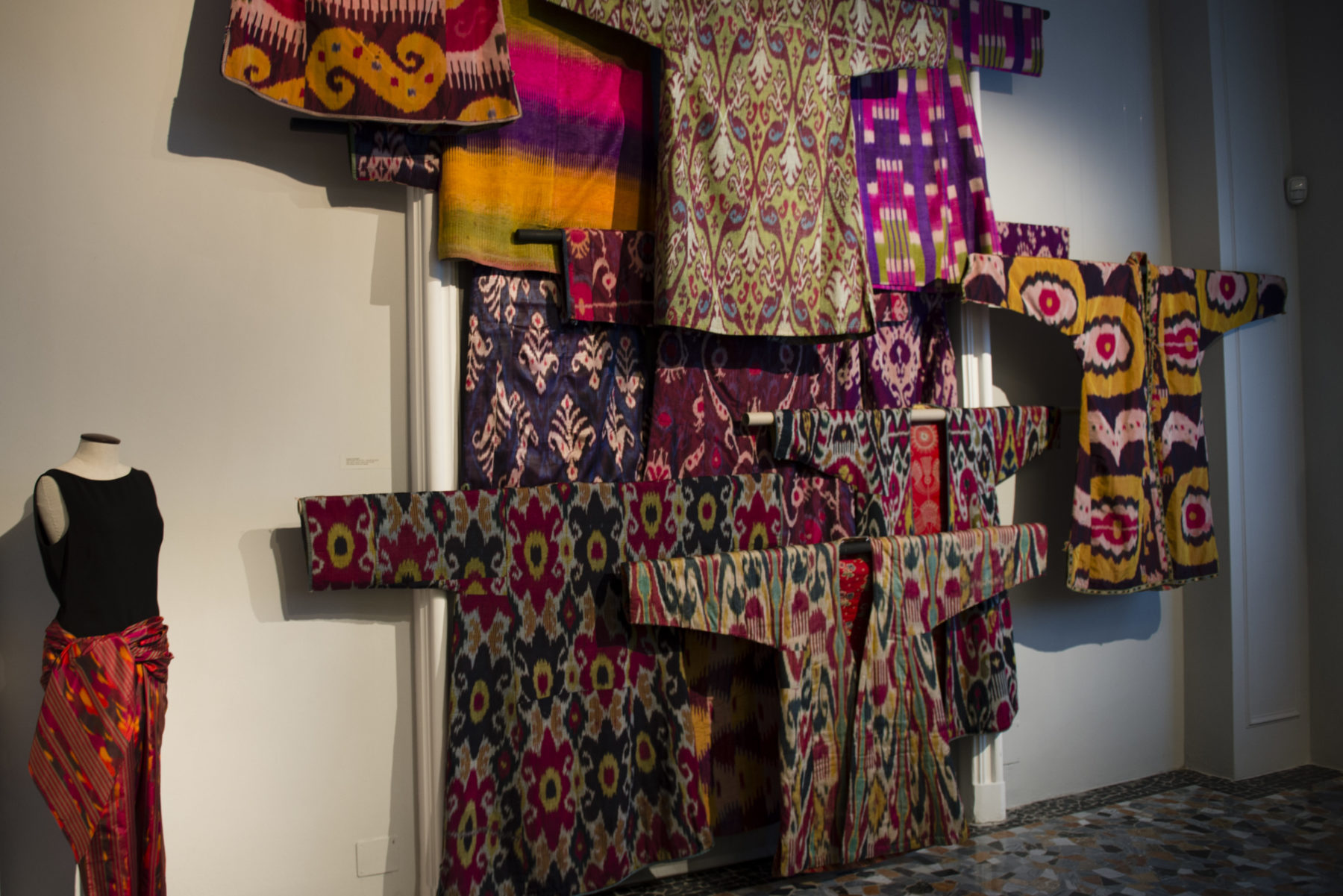 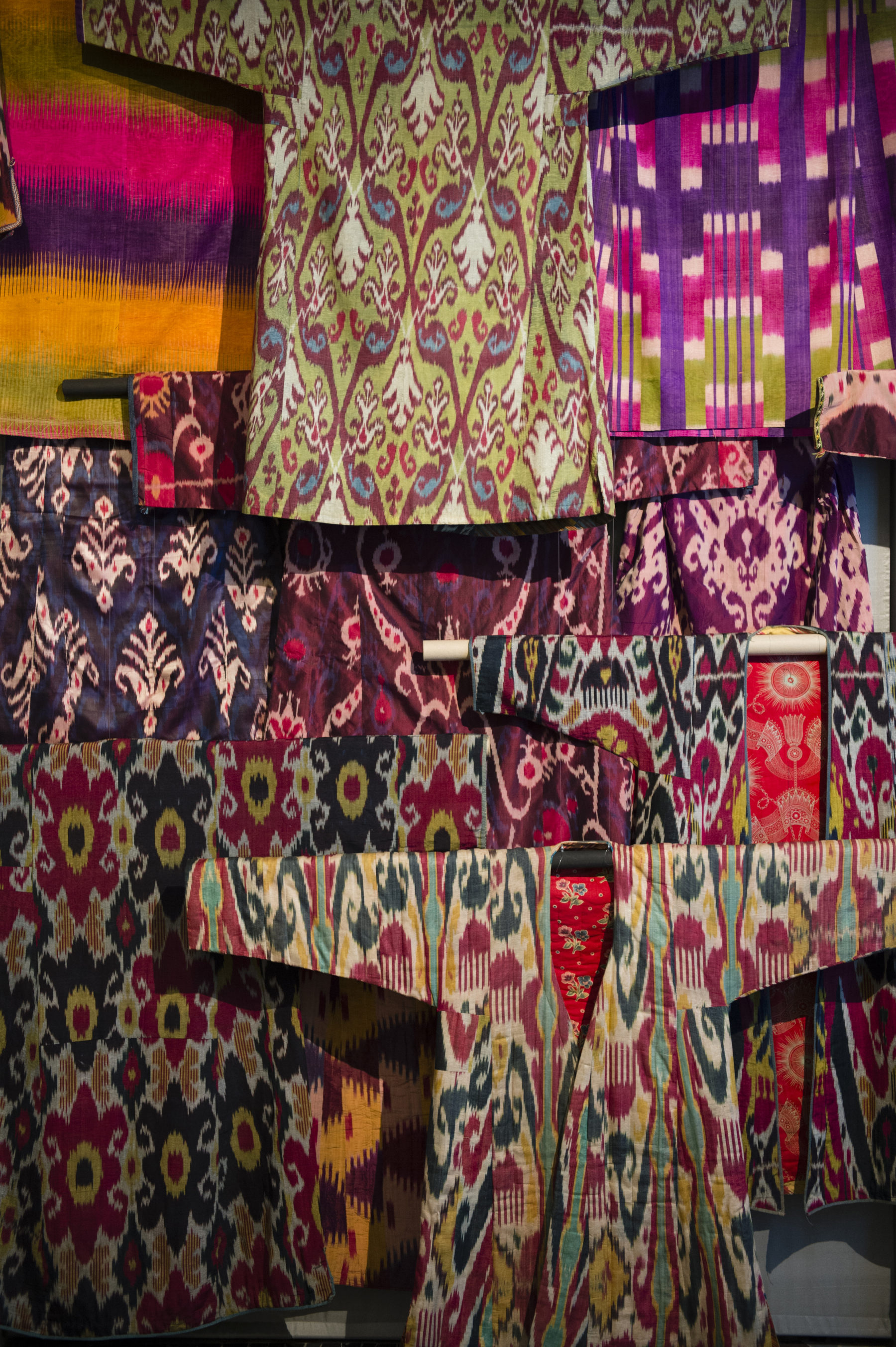 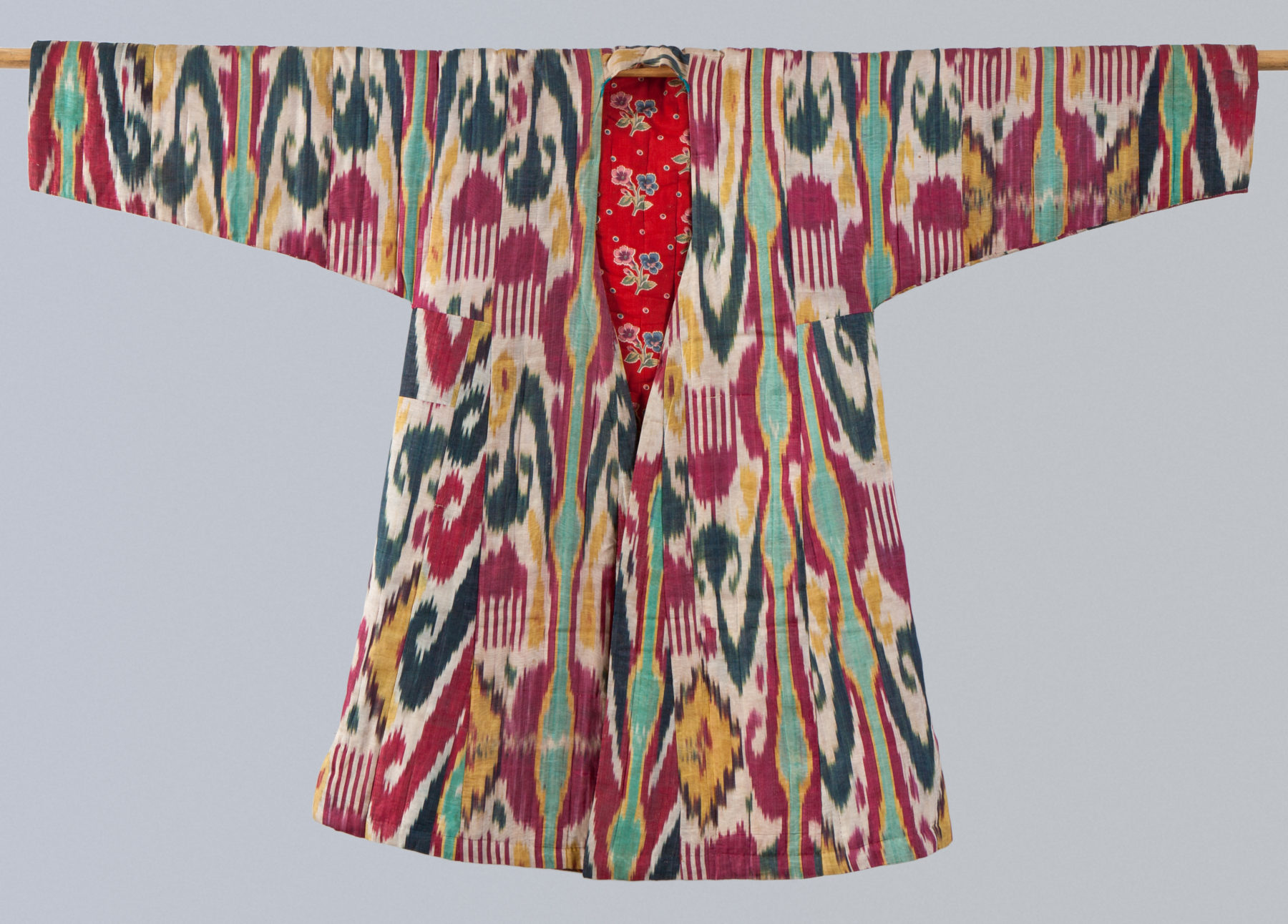 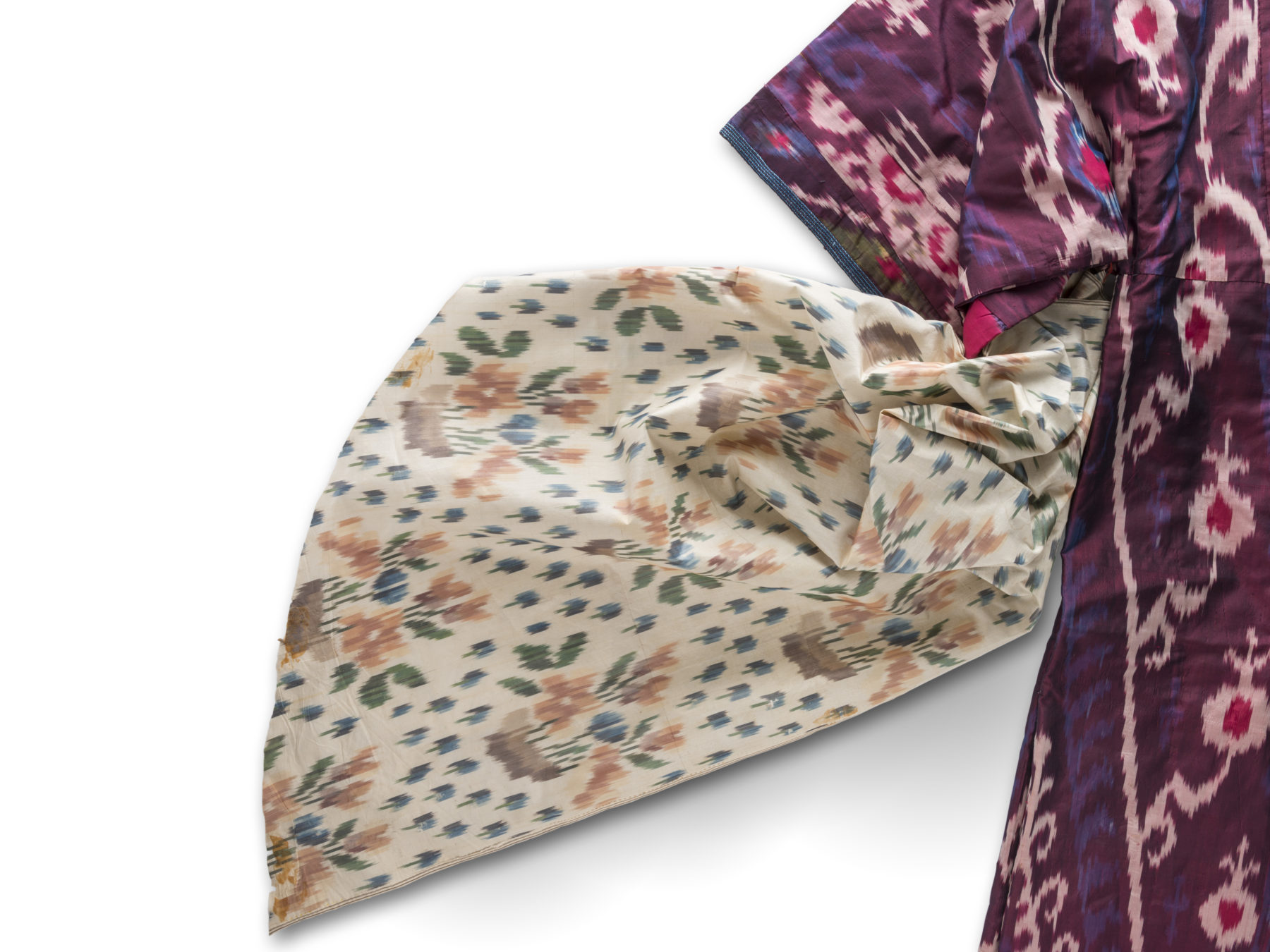 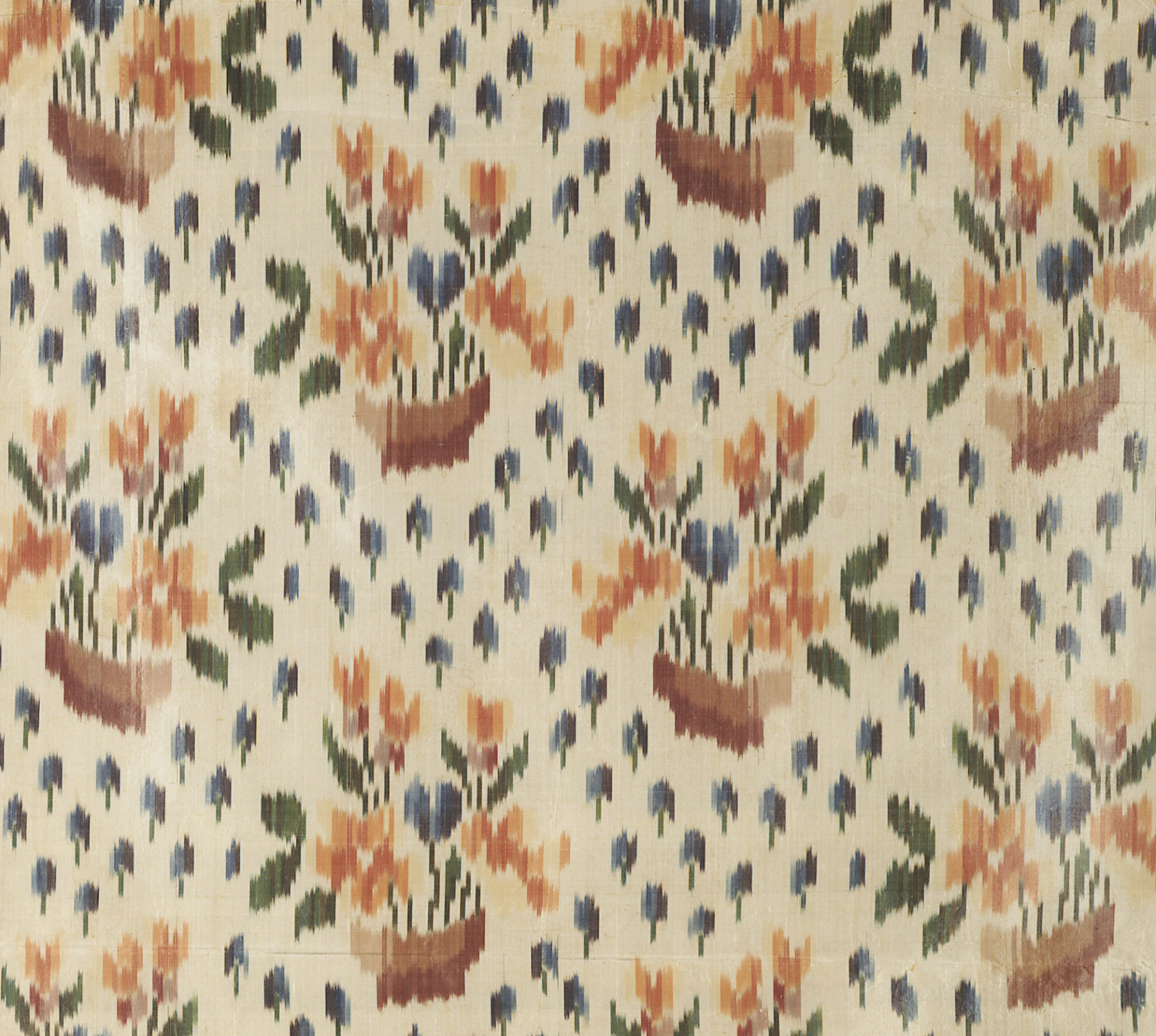 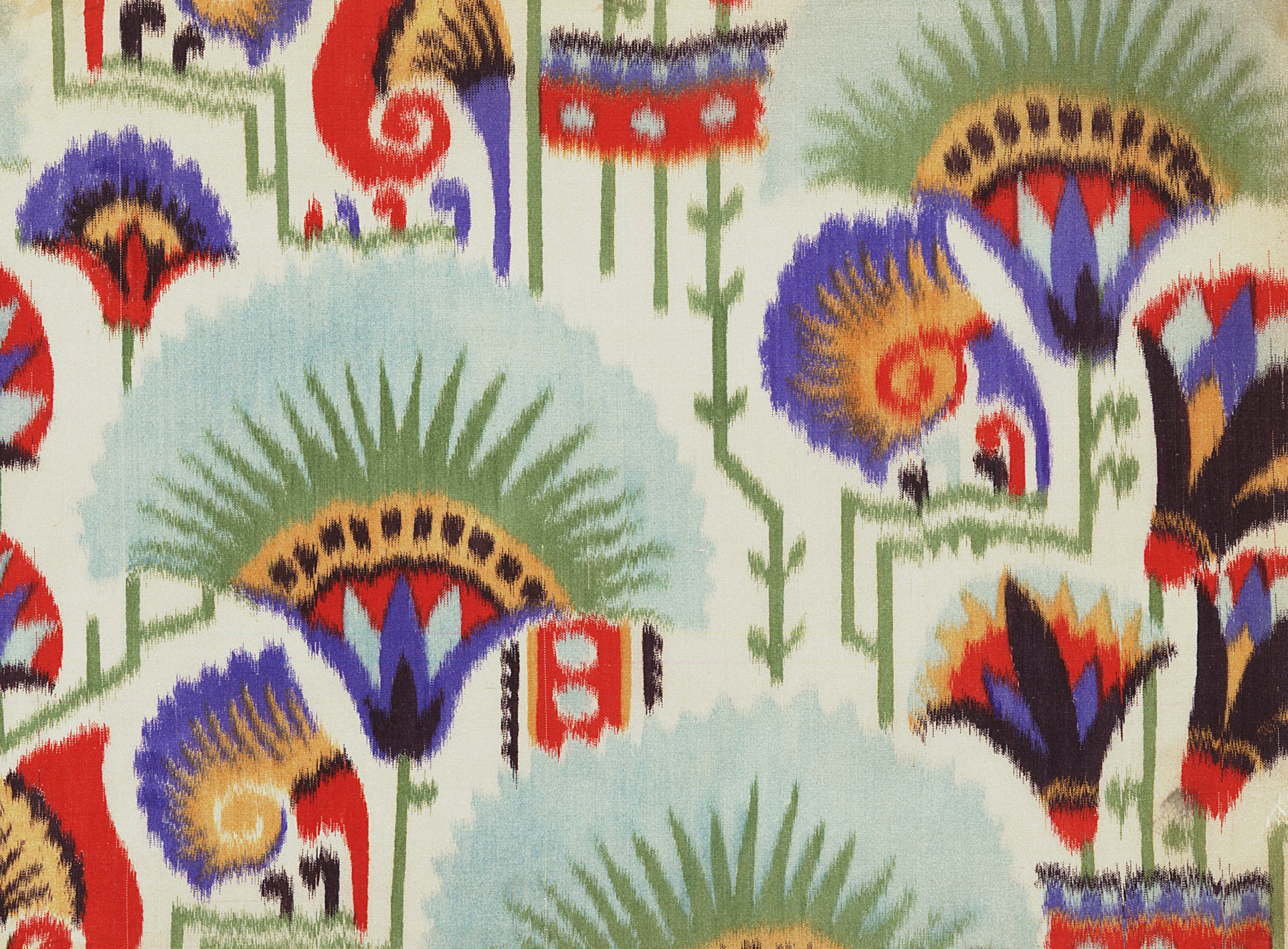 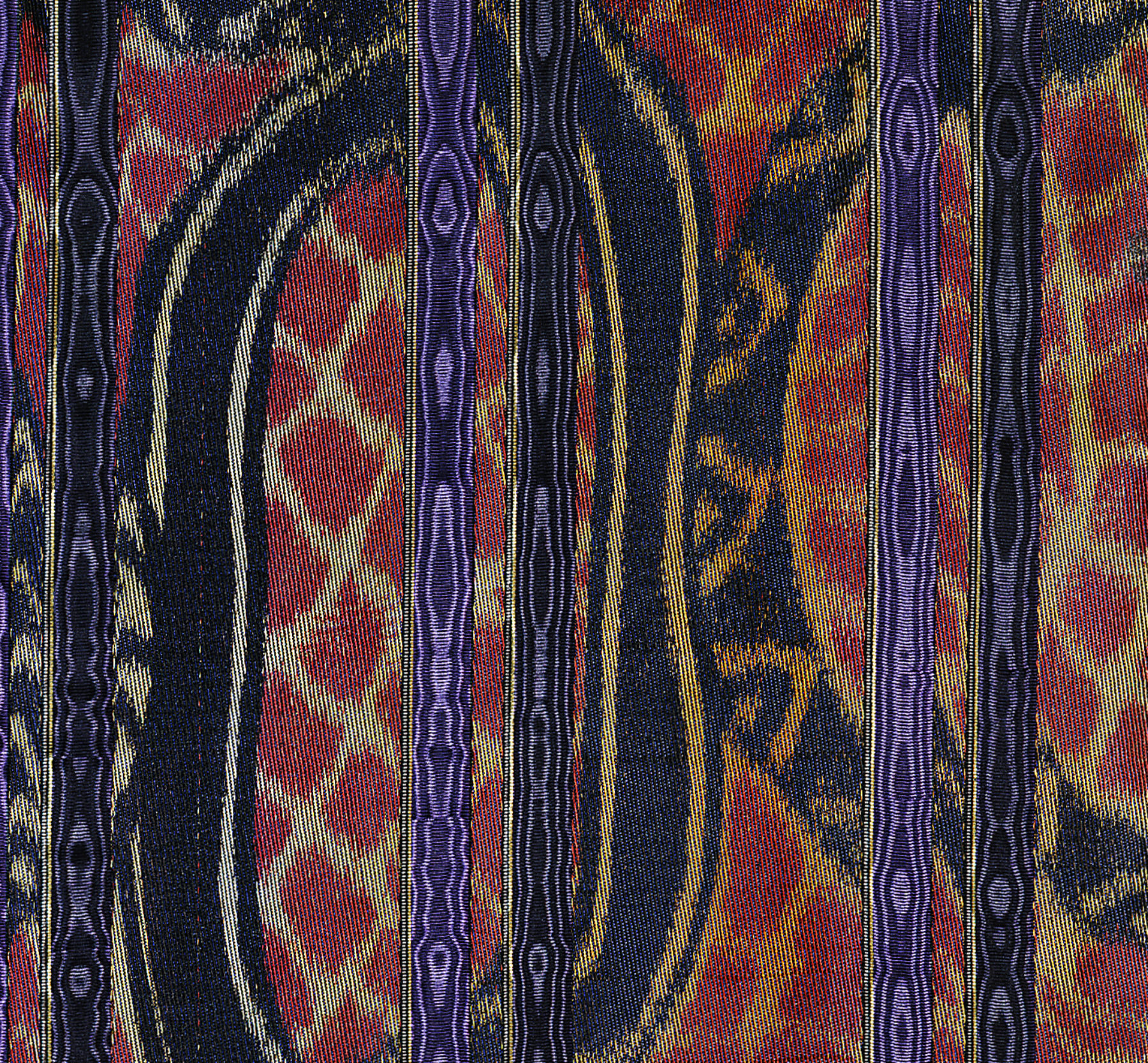 The exhibition Ikat/Chiné, Decorating Textiles was curated by Margherita Rosina and Francina Chiara. Ikat and chiné are perhaps two enigmatic words for a non-specialist audience. They identify beautiful designs with blurred-contour. This particular effect originates from an ancient dyeing technique used in many countries far from each other.

The exhibition introduced the ikat, a dyeing technique of ancient Eastern tradition, and the chiné, its modern European interpretation. In the ikat technique, the blurred-contour patterns are obtained through the reserve dyeing of warp yarns and their subsequent weaving. Reserve dyeing allows the colour to penetrate only in some areas of the yarns, while others are protected by a waterproof binder. The yarns are dyed according to the given pattern and these operations are repeated depending on the number of colours of the pattern. In the 18th century, France adopted the ikat technique and called it chiné. Starting from the 19th century – in order to reduce production time and costs without sacrificing the charm of the blurred effect – the direct printing of warp yarns substituted the reserve dyeing.

The MuST collection displayed: spectacular male’s smocks with flashy printed cotton linings, examples of the authentic Afghan ikats of the late 19th century; Lionesses taffetas of the 18th century, where the same technique – called in France chiné à la branche – that creates floral patterns that were popular at the court of Marie Antoinette; textile swatches, alongside dresses from private collectors, that represented the French and Italian production of the late 19th century and 20th century. A job of infinite steadfastness at its origin, reinterpreted by the industries in Europe since the 19th century, the chiné became the pride of some Como manufactures who lent warp-printed fabrics, made in recent decades to meet the needs of international haute couture houses.

Some videos displayed the ikat technique, still performed by craftsmen in some Eastern countries to the public.