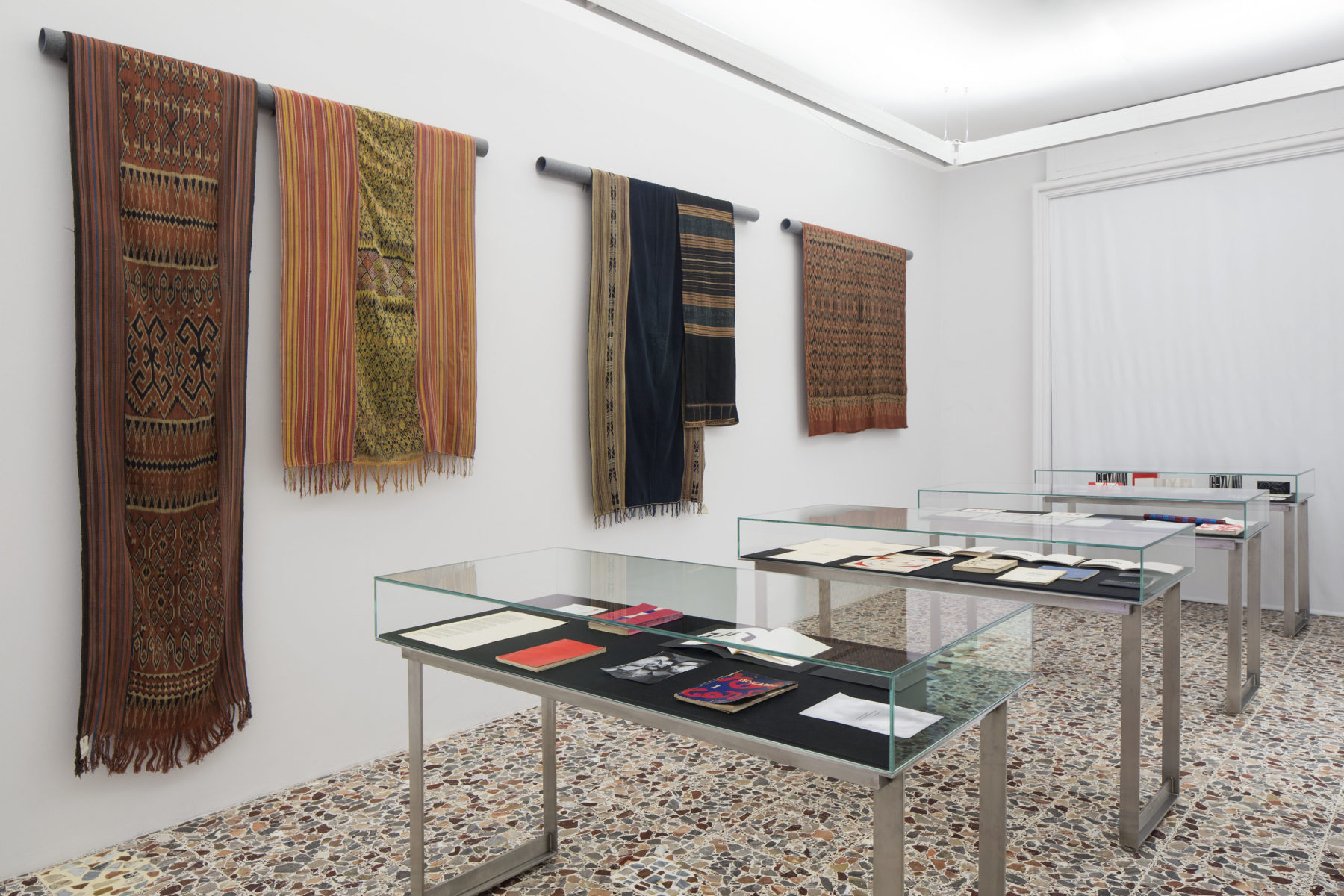 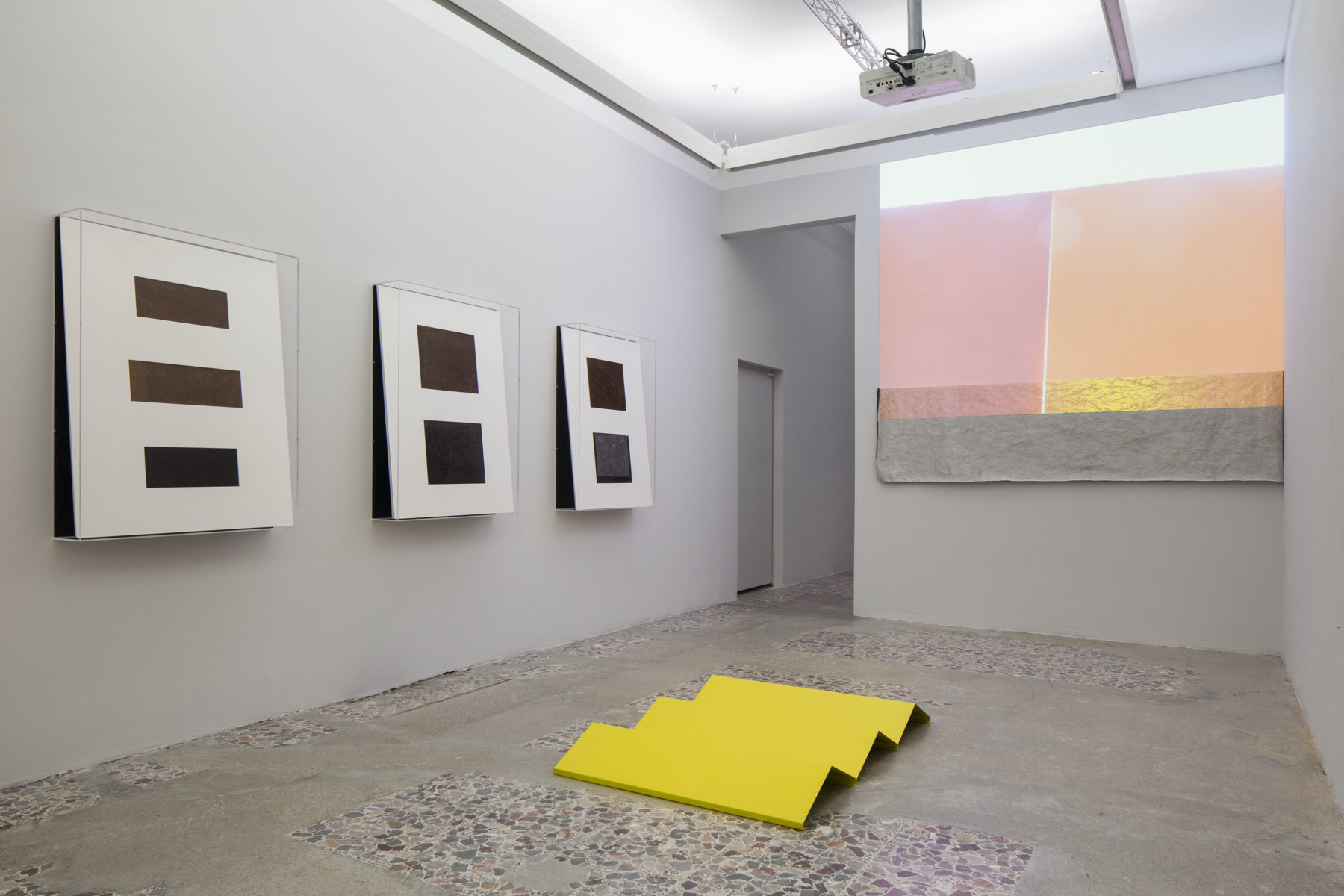 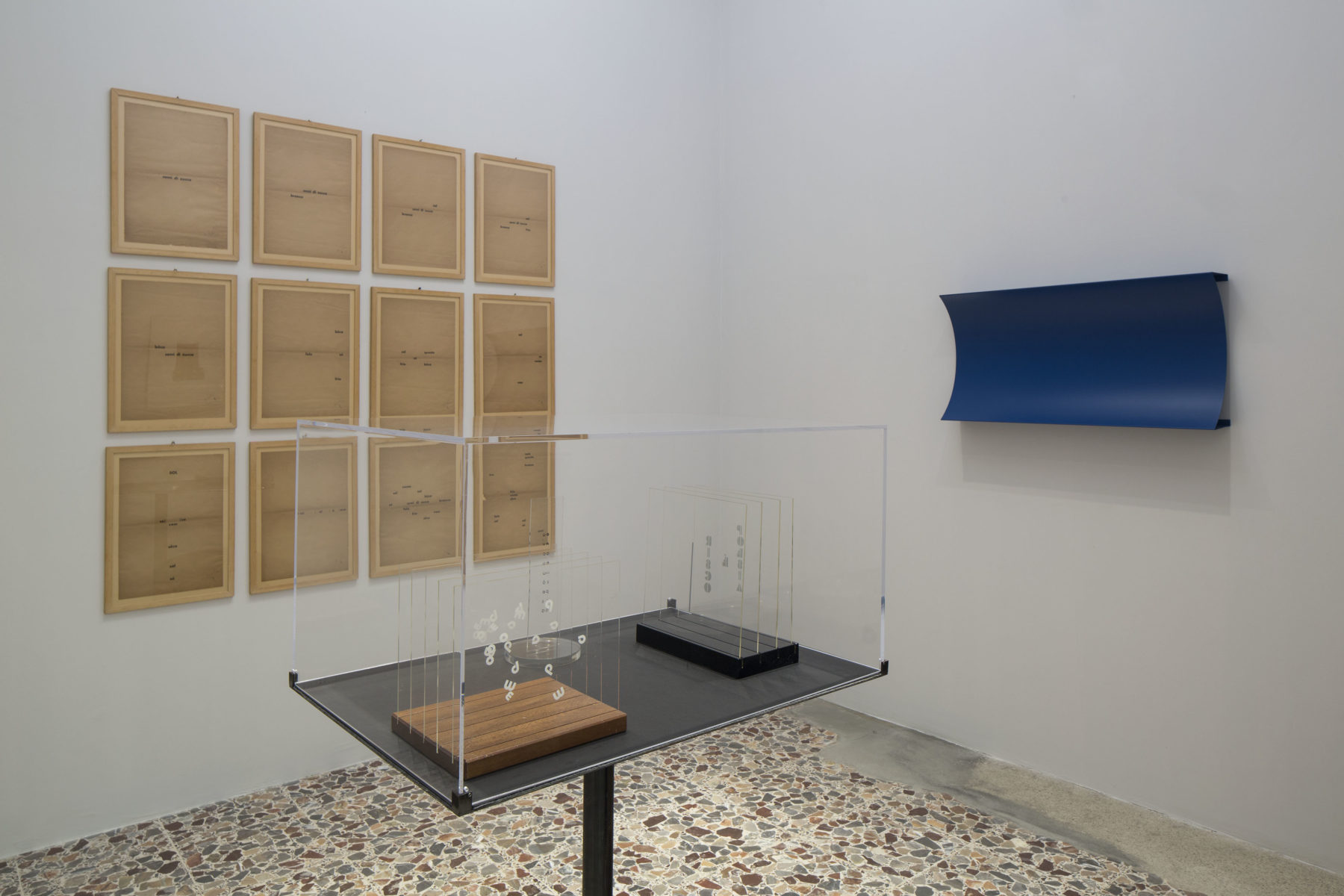 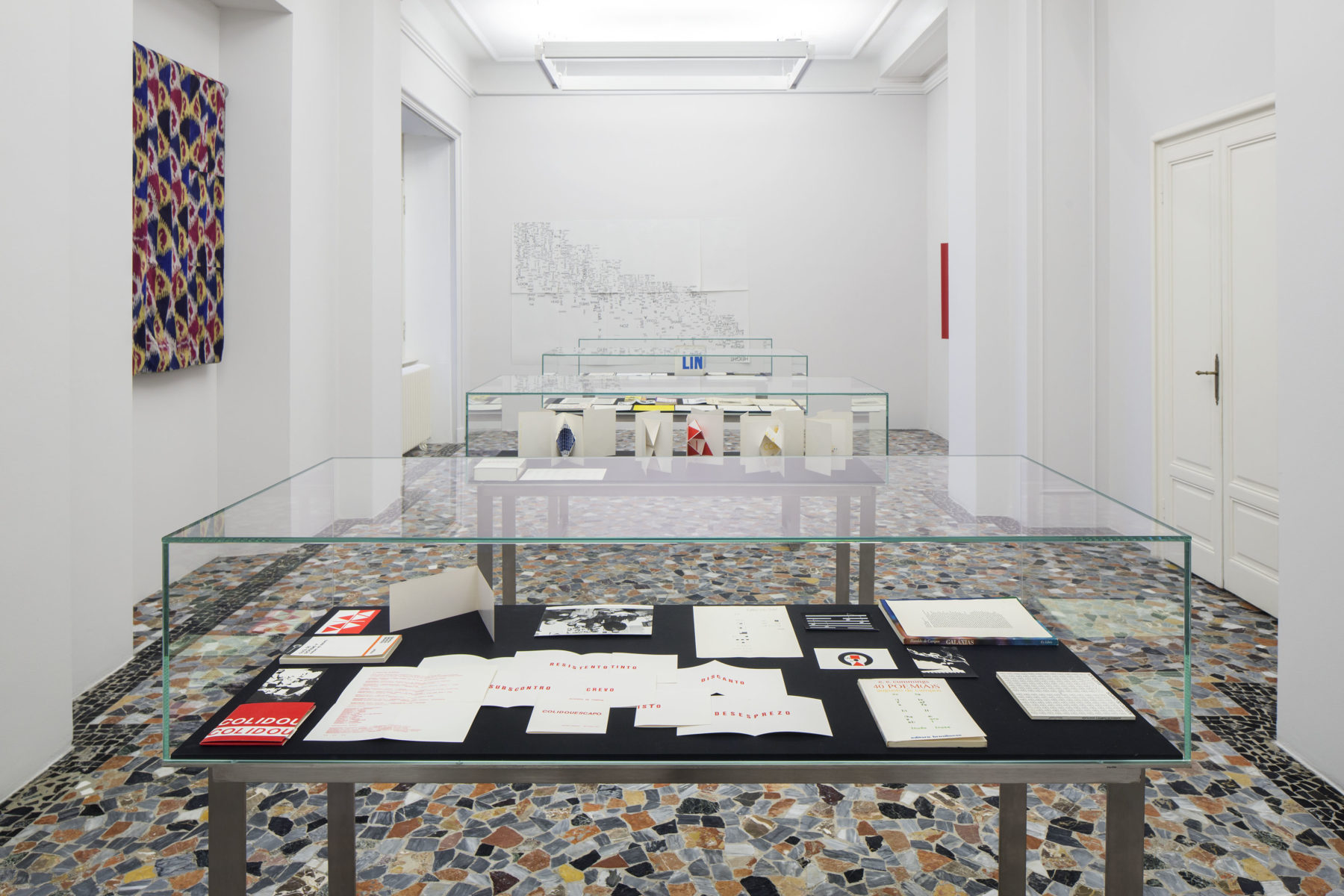 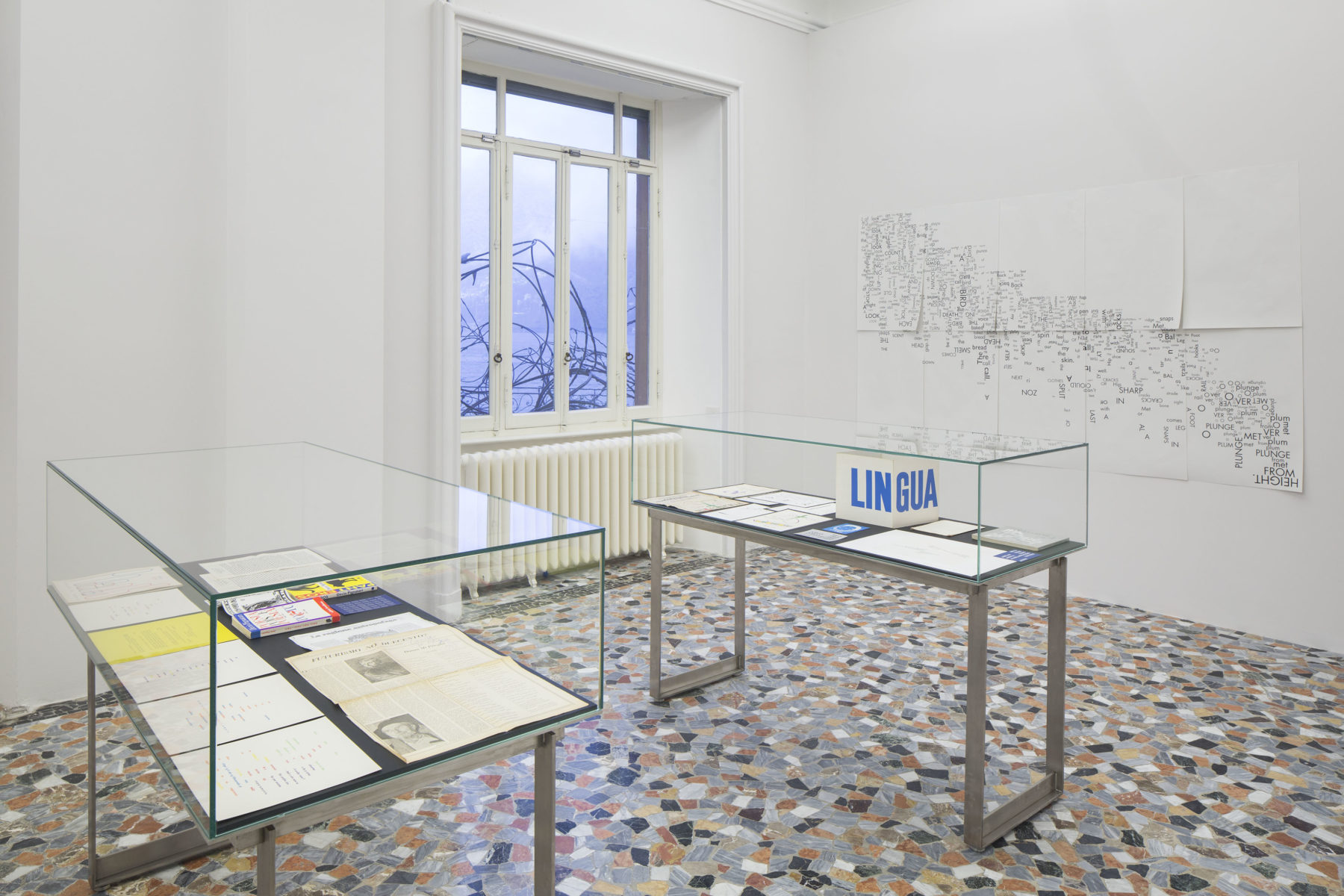 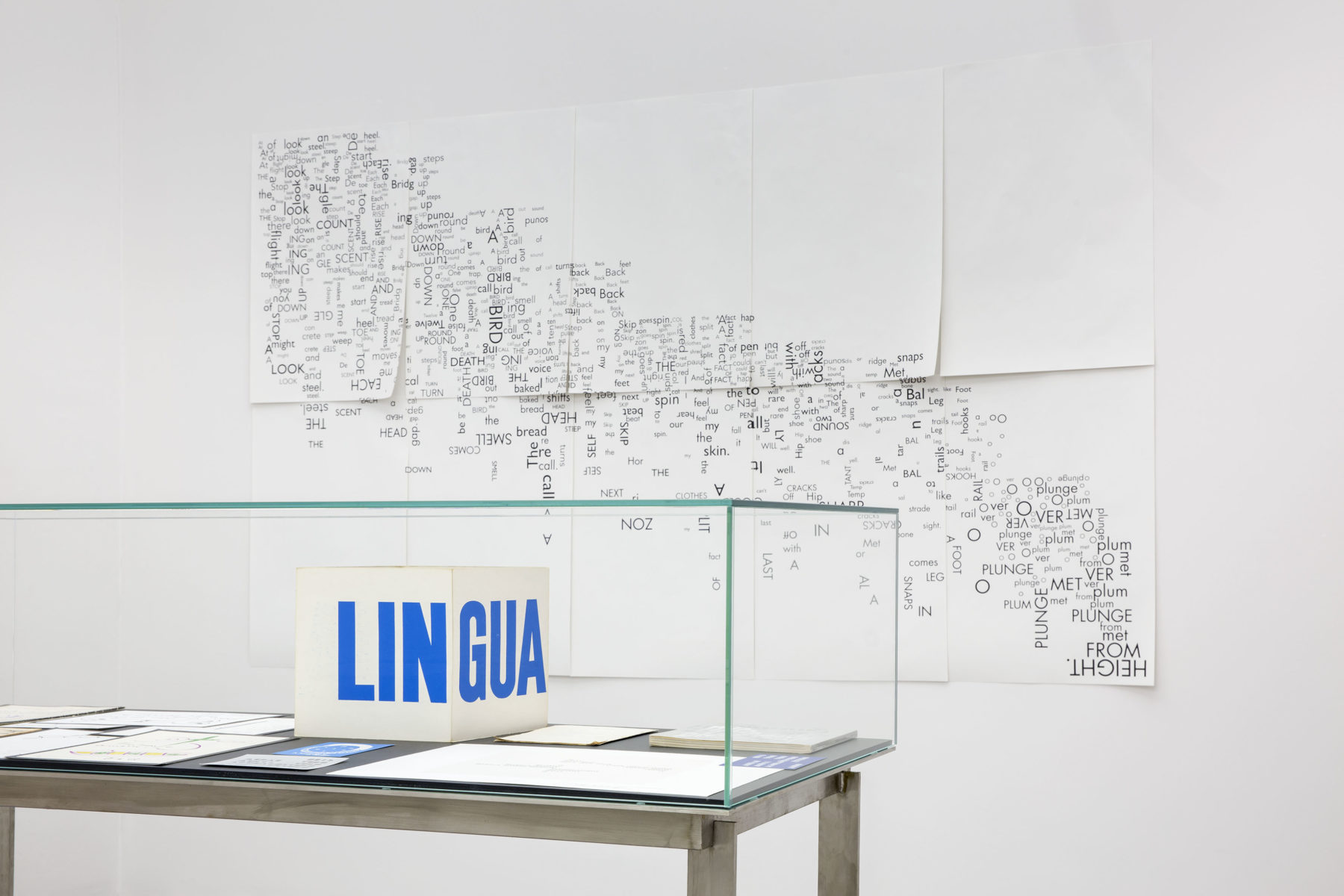 Textilities...Once Removed reconfigured a group of sculptures by Charlotte Posenenske already presented in the first part of the show and brought them in dialogue with a large selection of two- and three-dimensional Brazilian concrete poetry from the '50s and '60s by the Noigandres group, as well as with works by André Cadere, Hilary Lloyd, and Janice Kerbel, and with 19th-century katagami paper stencils and "reserve dye" textiles from the FAR collection.

In Brazil of the early '50s - at the threshold of the economic boom that led to the creation of Brasilia and Petrobràs and the increasing influence of the U.S.'s interests in its economy - the Noigandres (Décio Pignatari and the brothers Augusto and Haroldo de Campos) investigated the subversive "verbivocovisual" qualities of language and the generative possibilities of graphic space. They insisted "only as much as it is a materially expressed medium, a concretion of signs, a significant form', poetry is poetry". Their work was represented in the show by a vast group of postal end three-dimensional poems, prints, collages, books, documents and ephemeral material.

The structural research carried out by the Noigandres found an echo in Posenenske's wish to disappear from her own work to offer a "demonstration of the principles of rationalized modification", and in the infected systems of André Cadere's Barre de Bois Rond as well as in the recent work of Janice Kerbel and Hilary Lloyd. Janice Kerbel was represented here by Doug, her cycle of nine songs for six voices, and by the large scale typographical work. In both, she pursued a forensic analysis of, and in-depth immersion into, musical languages previously foreign to her. This double perspective is typical of all her work and is coupled with a recurring interest in giving shape to thing that normally have none. Hilary Lloyd's Movie (2015) deploys a highly choreographed montage. Its film fragments, photographs, and re-photographed images recount a gaze at once obsessive and disengaged, directed at the surface of the visible, which gives a rise to a self-reflexive investigation on the act of looking.

In the context of FAR, a further methodological echo of these concerns was found in "reserve dye" ikat textiles, where the dye is allowed to penetrate only in some segments of the yarn while others are protected by a waterproof binder, and in the Katagami printing masks, that give rise to very high precision, systemic decoration, where the dye is external to the cloth itself.

The exhibition opened on March 5th with a performance of Doug, Janice Kerbel's song cycle for six voices.

The exhibition Textilities...Once Removed was made possible with the generous support of the Ratti family.