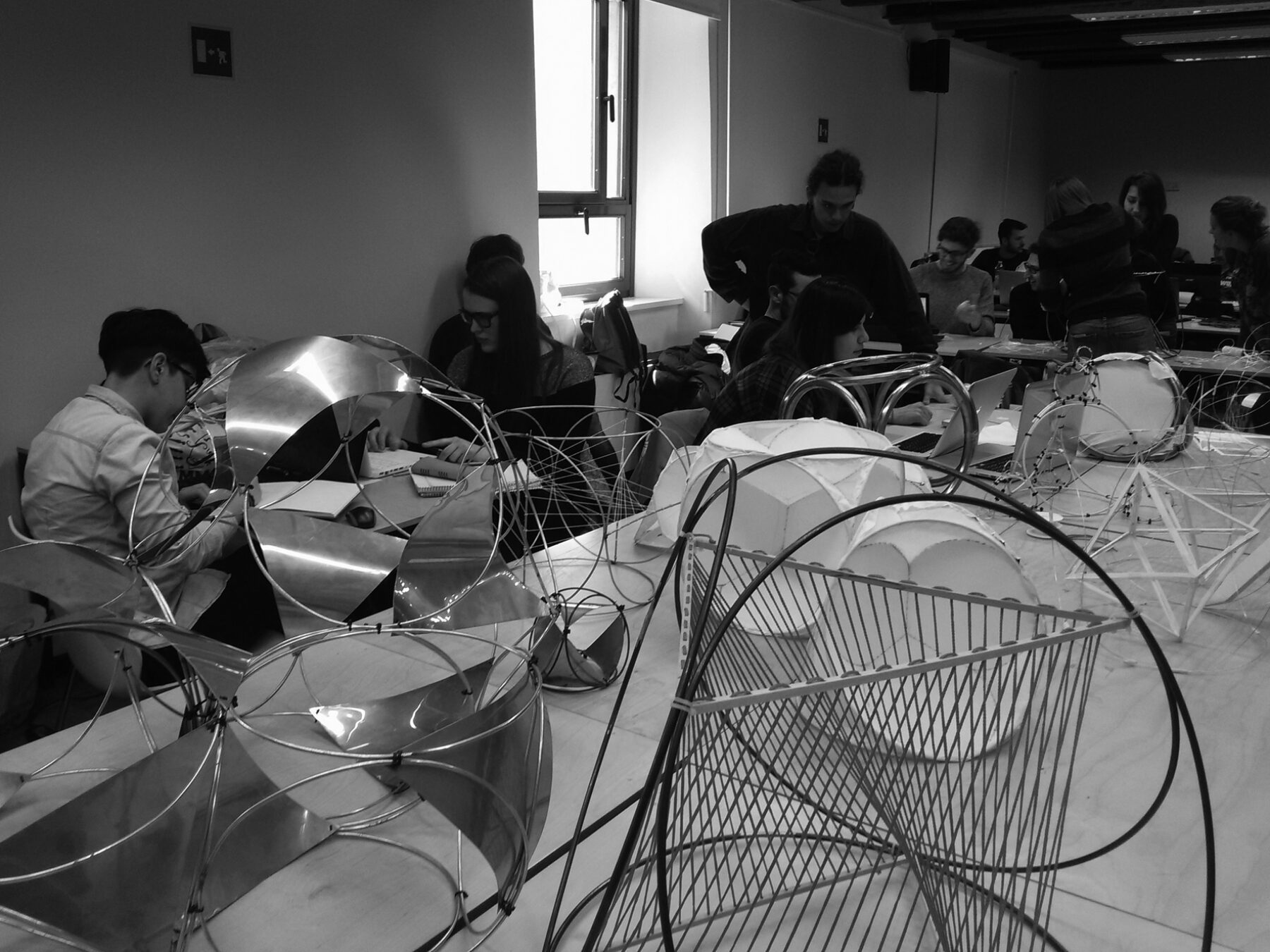 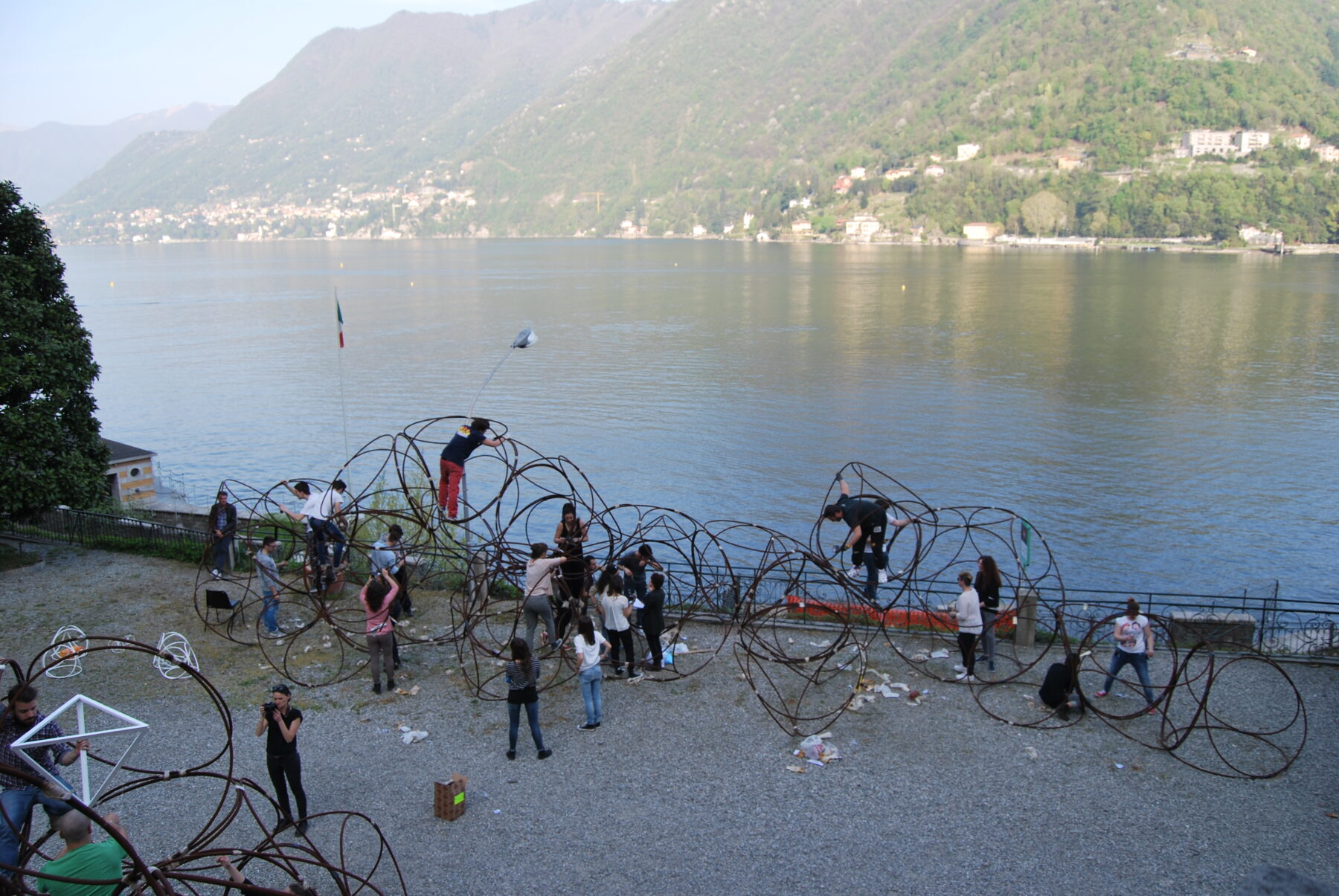 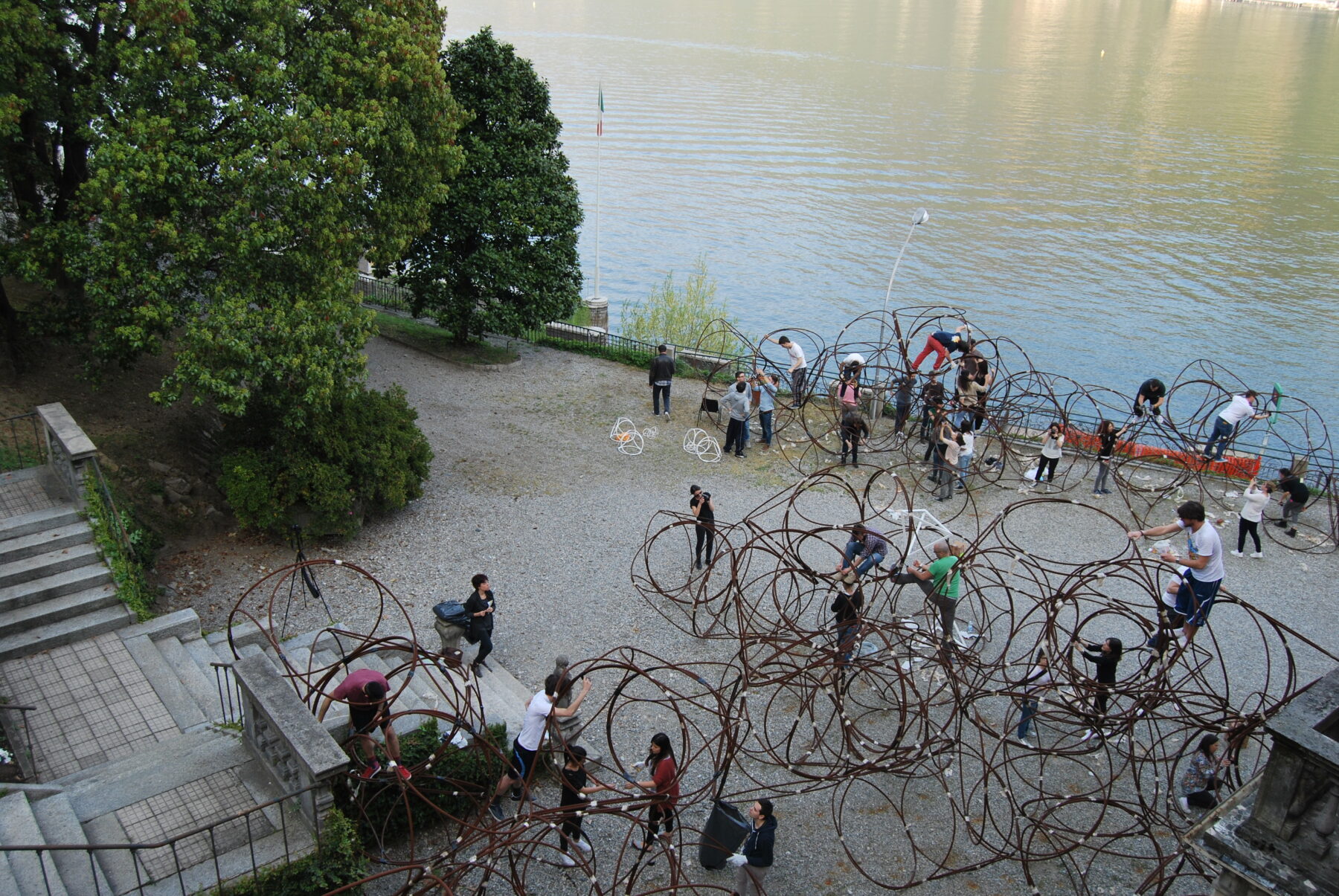 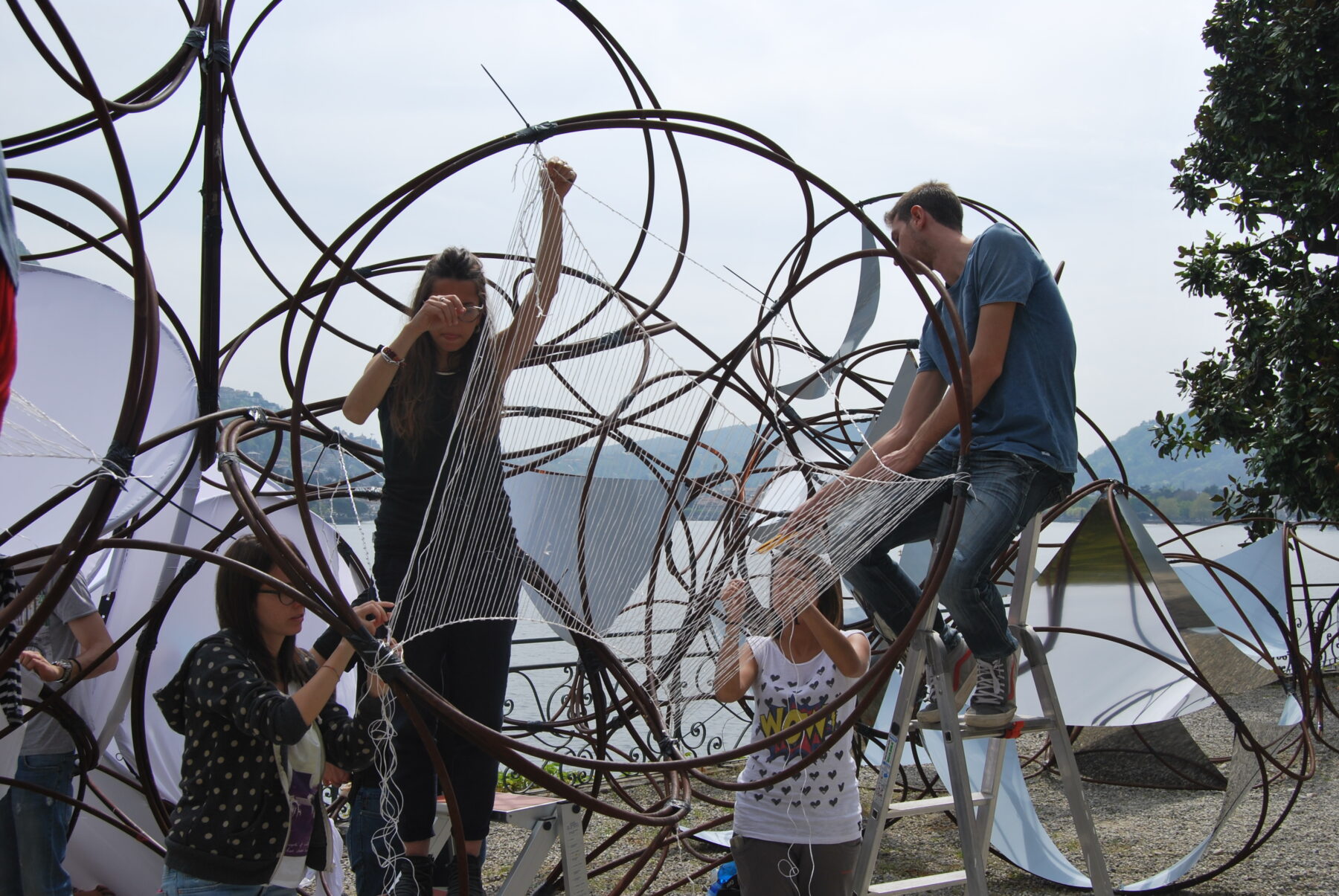 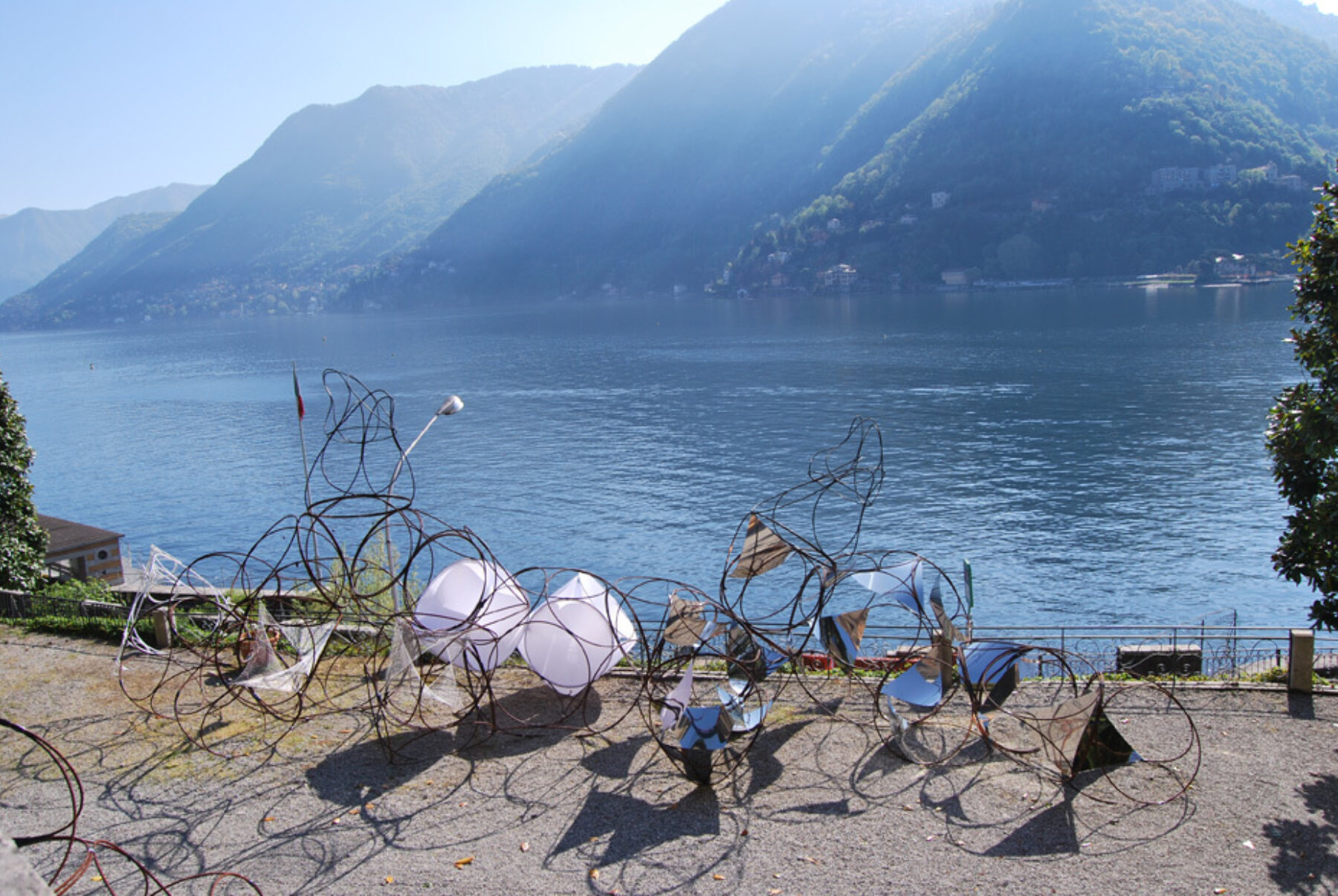 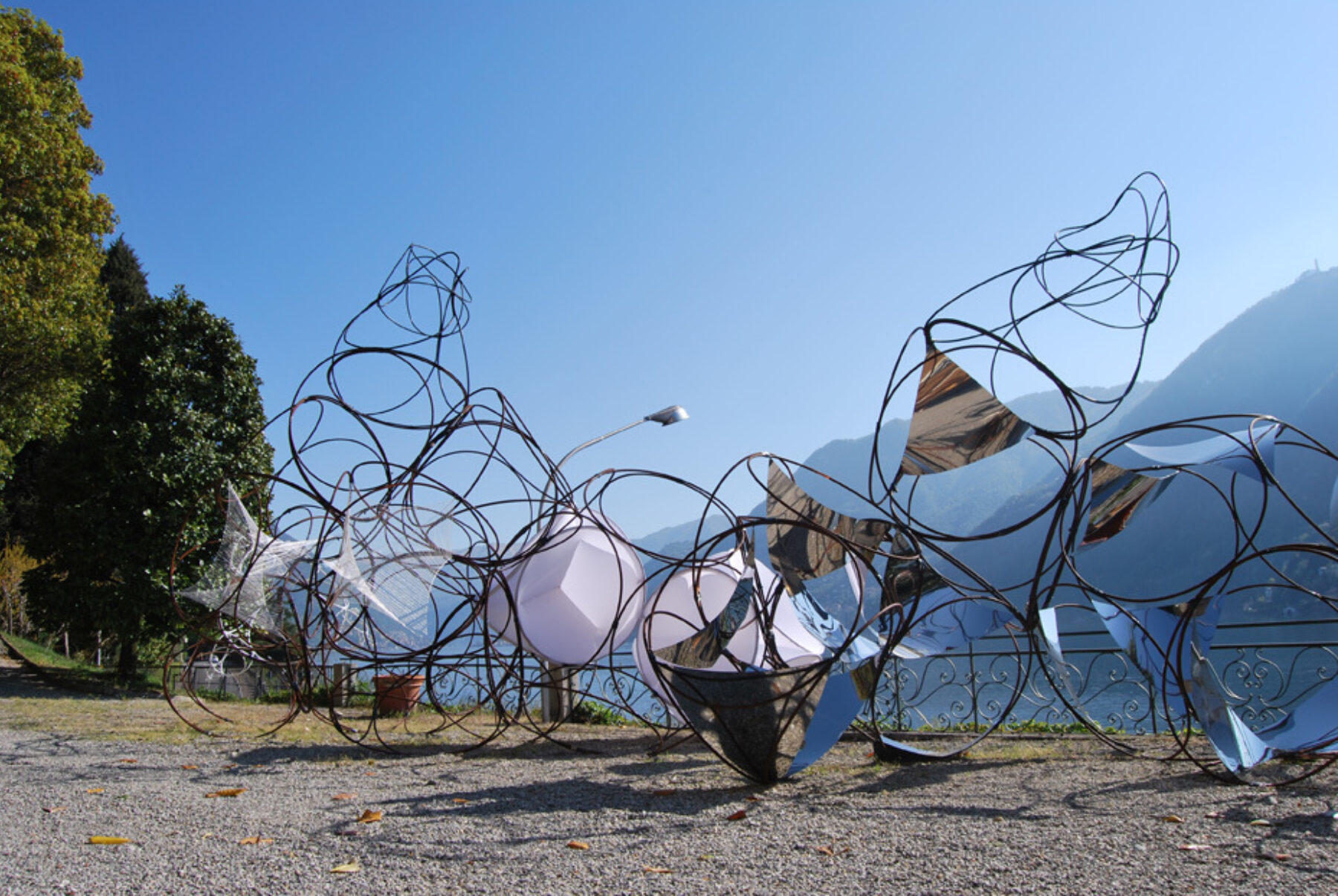 The second event of the Yona Friedman Museum II involved students of the third year of the Industrial Design class of the Università degli studi di San Marino, with Professor Riccardo Blumer. Following the philosophy of Yona Friedman's work, the structure was transformed by the intervention of the students, that had already deepened into the study of the thematic related to the thought of the architect in class.

The intervention revealed the Yona Friedman Museum in its own structure, entering its laws of composition, investigating its origin. The occasion to make an intervention directly on the work of Yona Friedman led to the necessity to give ”a designer ” perspective to the work, being confronted with the structure in itself and with its intrinsic physical form. Wanting to divulge the origin and the growth in a biological and organic sense, students examined the constitutive modules of the work, approaching it with an observation of the nature that studying geometry. The same approach was being studied at the time when Yona Friedman was developing his research.

Tetrahedra, hexahedra, and dodecahedra are as molecules observed by the microscope, revealed in their geometric matrix, reduced to the essence showing, respectively, the skeleton, the skin, the joints, in a game of moving fires, reflections, multiplications, fractal growth, and vortexes, aimed at disclosing the object in its essence and also at moving the eye of the spectator from the original module to the whole, in continuous evolution.

For the years 2013–2016, Yona Friedman Museum was located in the park of Villa Sucota, next to the main building of the Fondazione Antonio Ratti, and thereby created an ideal extension of the architecture as well as being a new development of the activities of FAR.
The first event took place in October 2013, when the structure was installed by Jean-Baptiste Decavèle and Nico Dockx in collaboration with the students and alumni of the Royal Academy of Fine Arts in Anversa, Belgium, and the Accademia Galli in Como. The groups worked together for a week building the structure of the mobile museum, an Iconostasis, assembled with 500 steel rings, 150 cm of diameter each, bound together.