Our place in Darkness 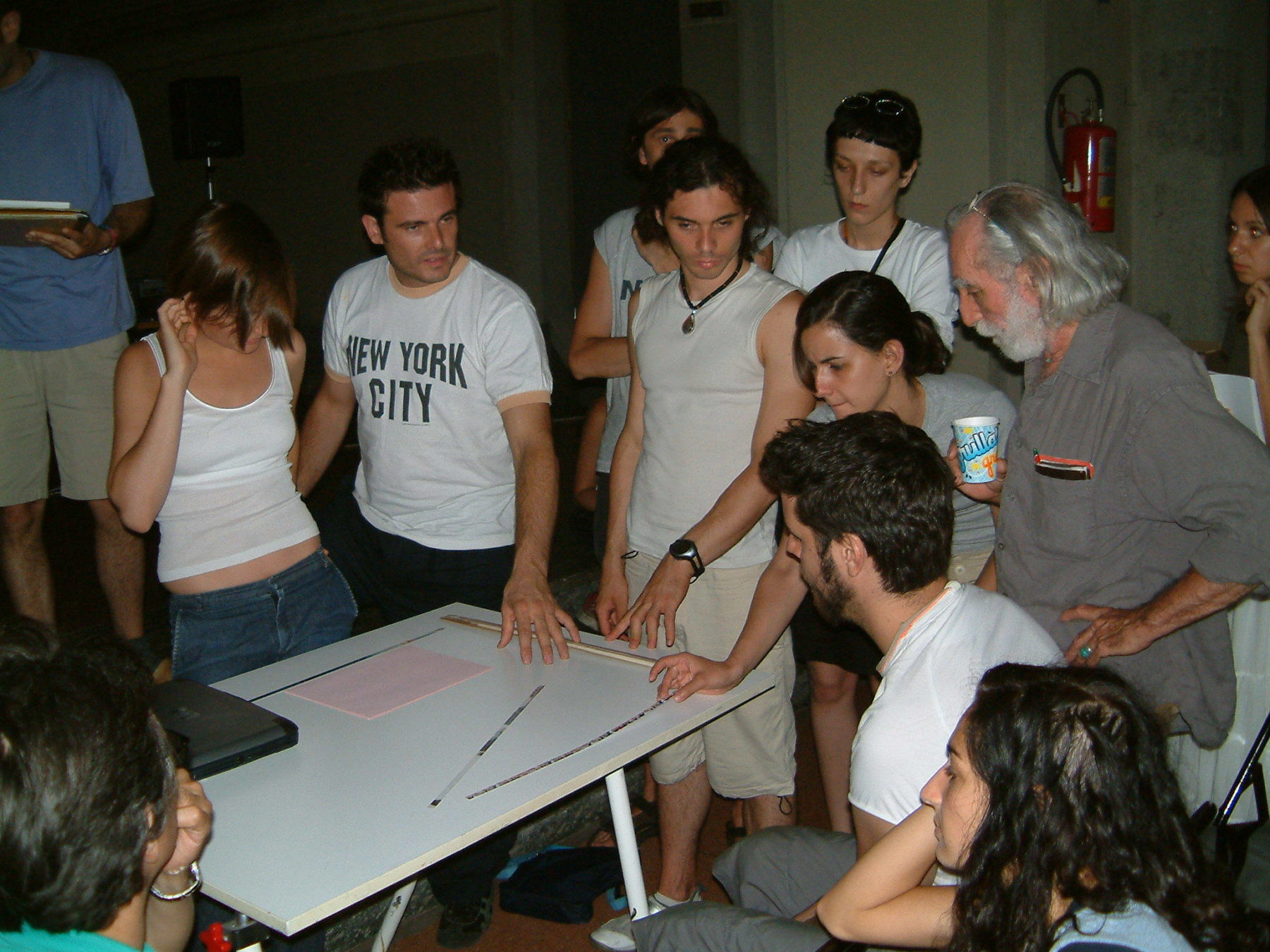 During the workshop of Richard Nonas, 2003. Photo L. Bianco

"It's the battle, the clash, what I love in art. And in the teaching of art too. Small battles, mild irritation, prolonged tension. Pushing and being pushed. A continuous revision. The entirety of the work, never fixed and never finished. This was to me the experience of Como, a wonderful summer, and now the yearly catalogue reminds us of all its possible variations. Although we are used to deny it, we live in a very academic time. We ended up almost taming art, publicly and privately; we bound art to please our most mundane needs. We used artists to reaffirm what they already know, and what we, with them, want to believe. We have trained them to do that in public, in such a way that almost no serious questions to the viewer and listener are cast. Visual art has become a kind of industrial agriculture, the mechanized harvest of high culture most popular seeds."
(Richard Nonas)

Richard Nonas (1936-2021) lived and worked in New York. After studying literature and anthropology, Nonas worked for ten years as an anthropologist and began his artistic research on the manipulation of matter towards the end of the 1960s. In the midst of the radical experiments and social transformations of the 1970s, he founded the Anarchitecture group together with Gordon Matta-Clark. In his work, Nonas explores the hidden emotional power of simple objects, creating small sculptures and large environmental installations. He uses ordinary materials he finds such as stones, wood and steel and arranges them in simple and easily recognized forms. Conceived for indoors and outdoors spaces, his installations give life to what he calls “charged places”. Nonas has written extensively about the meaning of art and its interpretations.

His most recent solo exhibitions include: The Man in the Empty Space at MASS MoCA, Massachusetts (2016) and Richard Nonas: ridge (out, away, back) at the Art Institute in Chicago (2016-17). Nonas produced permanent installations for the Museum of Grenoble (1994), the North Dakota Museum of Art (1990). In 2012, he realized a permanent work in the abandoned village, Vière et les Moyennes Montagnes, France. In 1974, he was awarded a Guggenheim Fellowship from the John Simon Guggenheim Memorial Foundation.