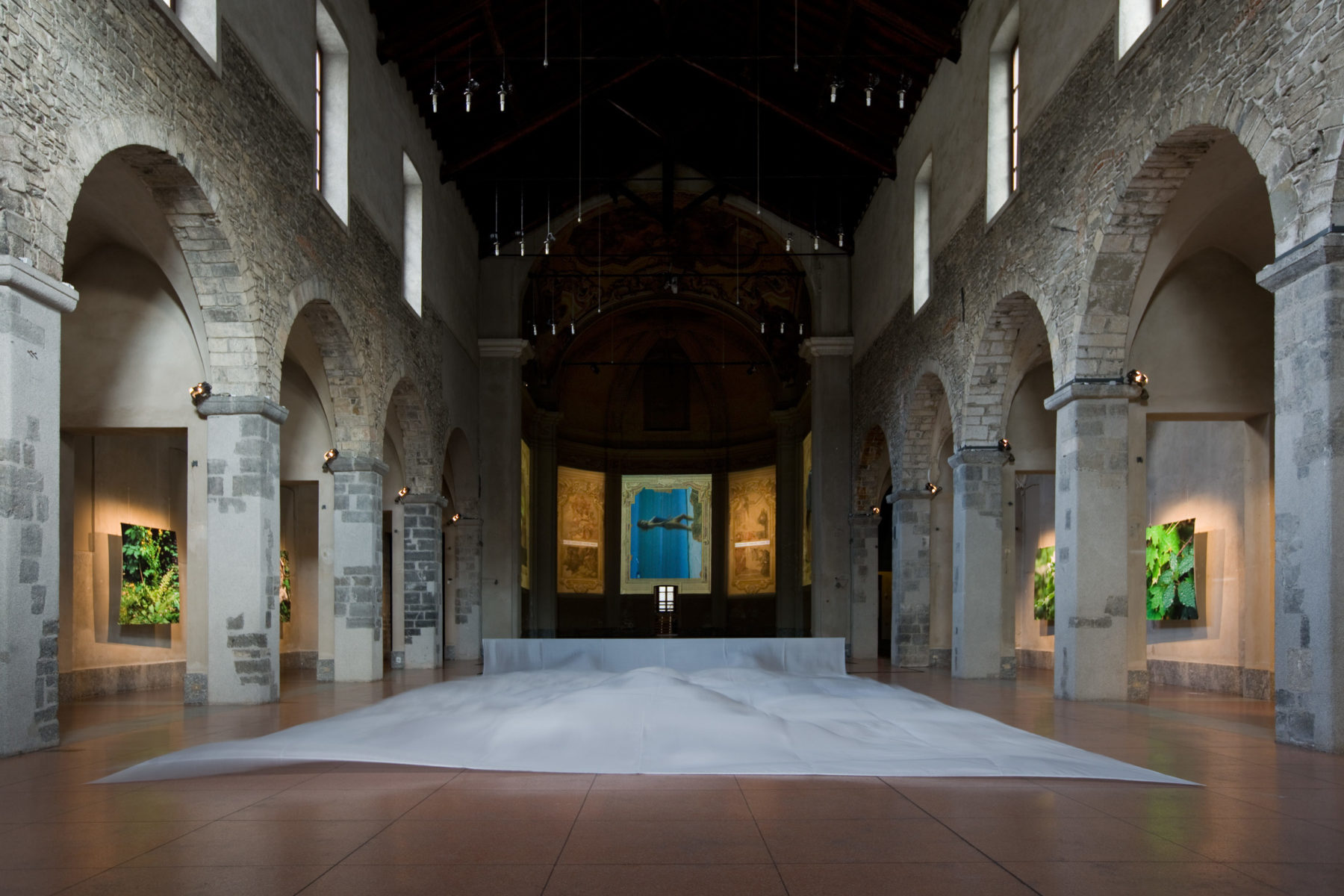 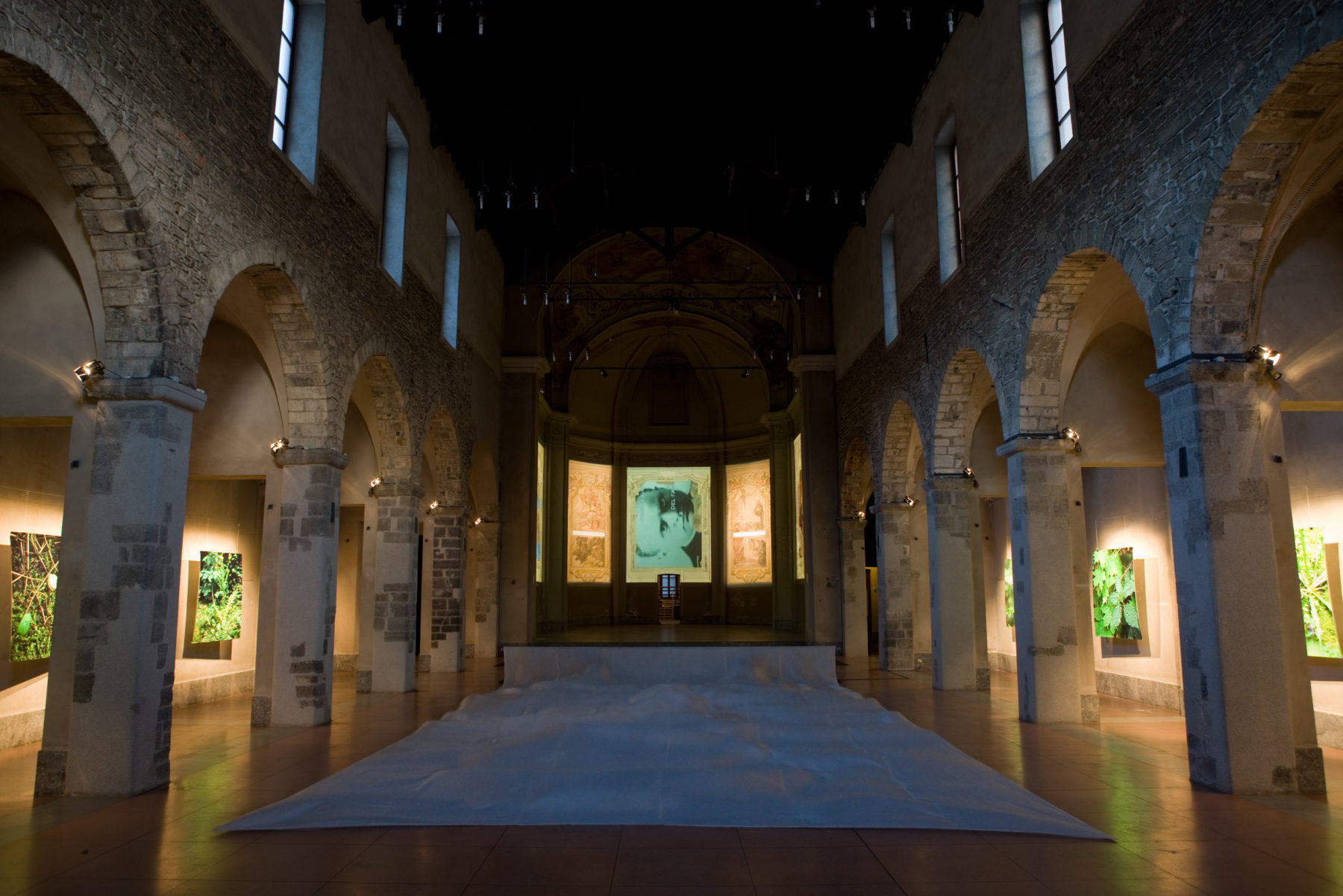 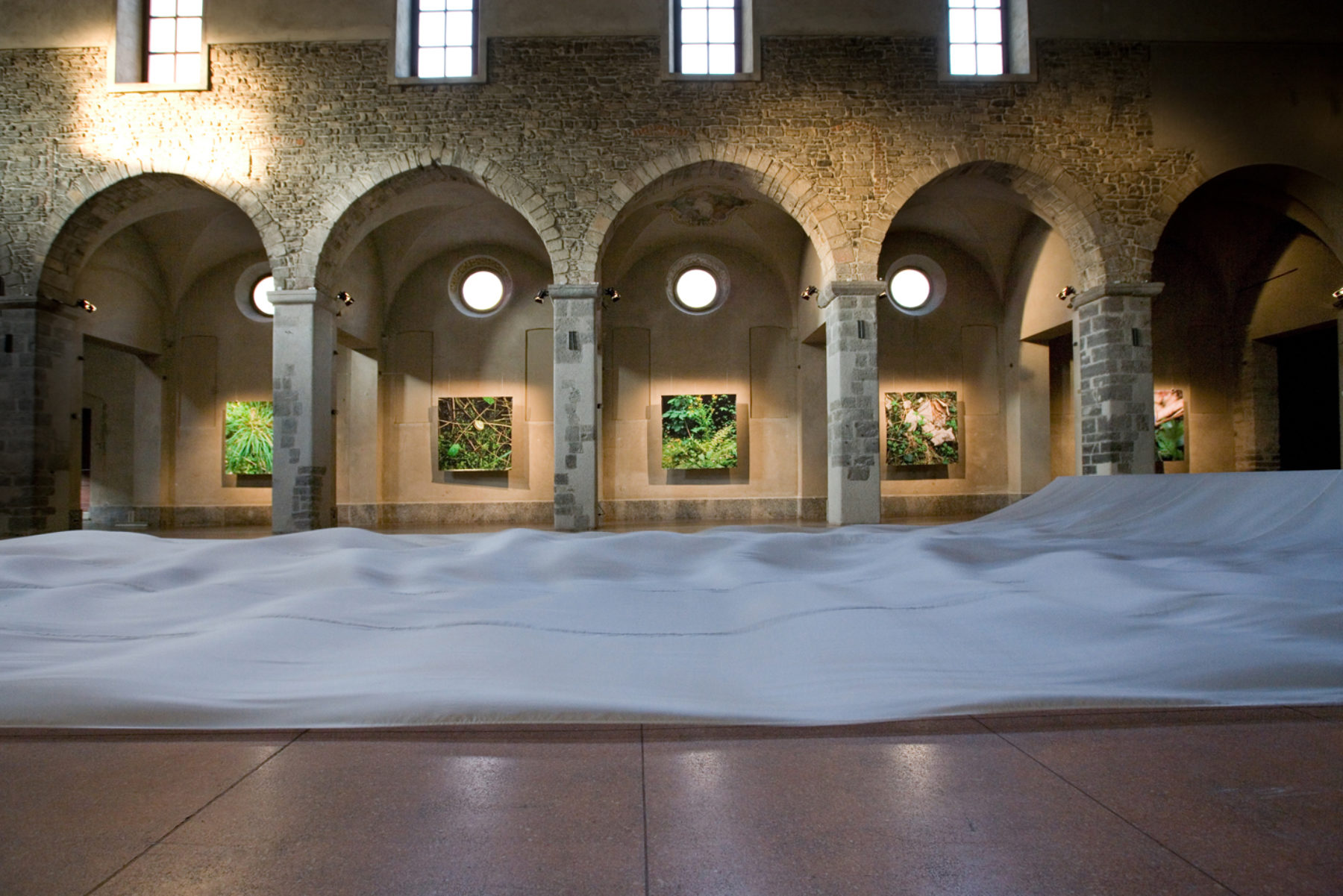 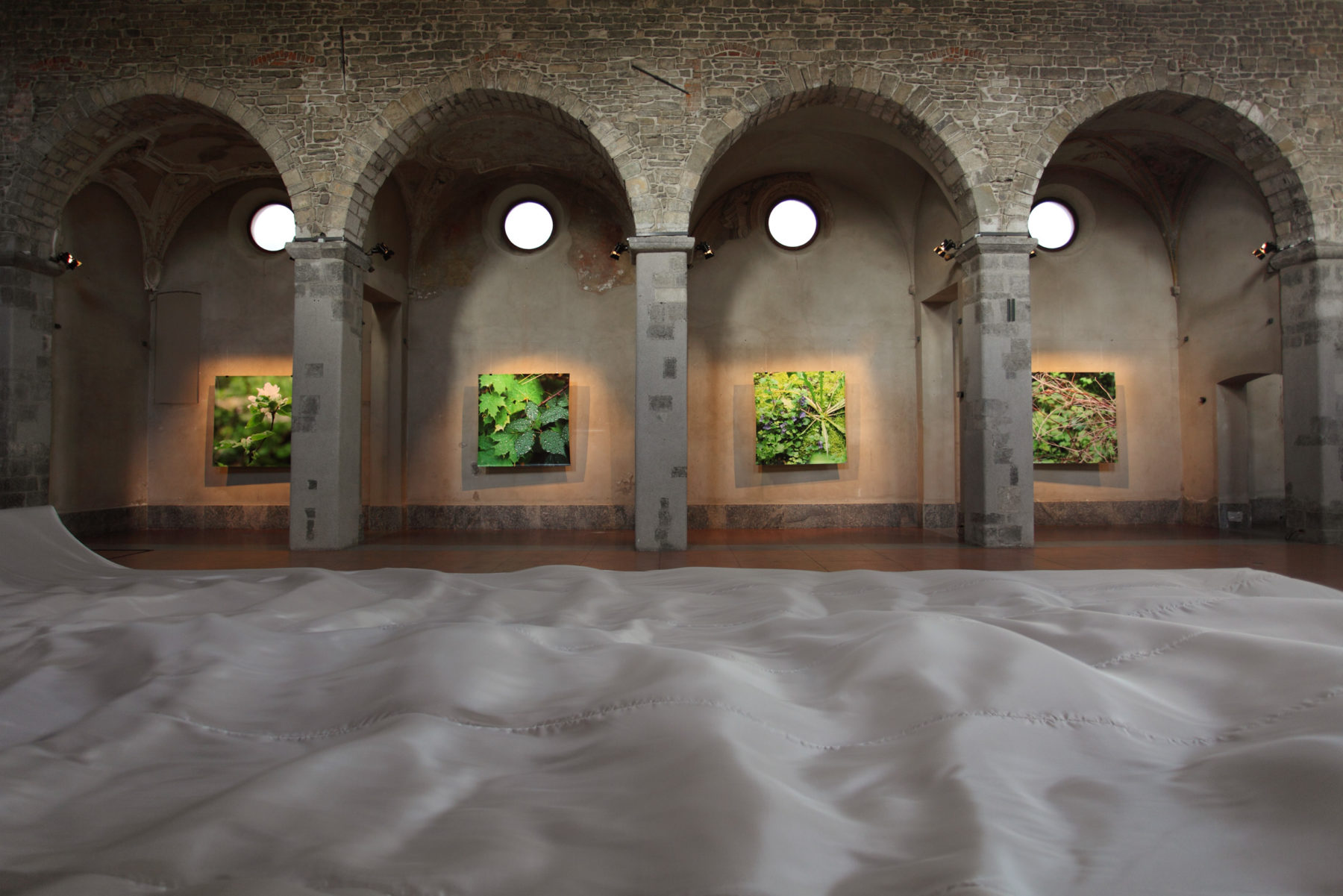 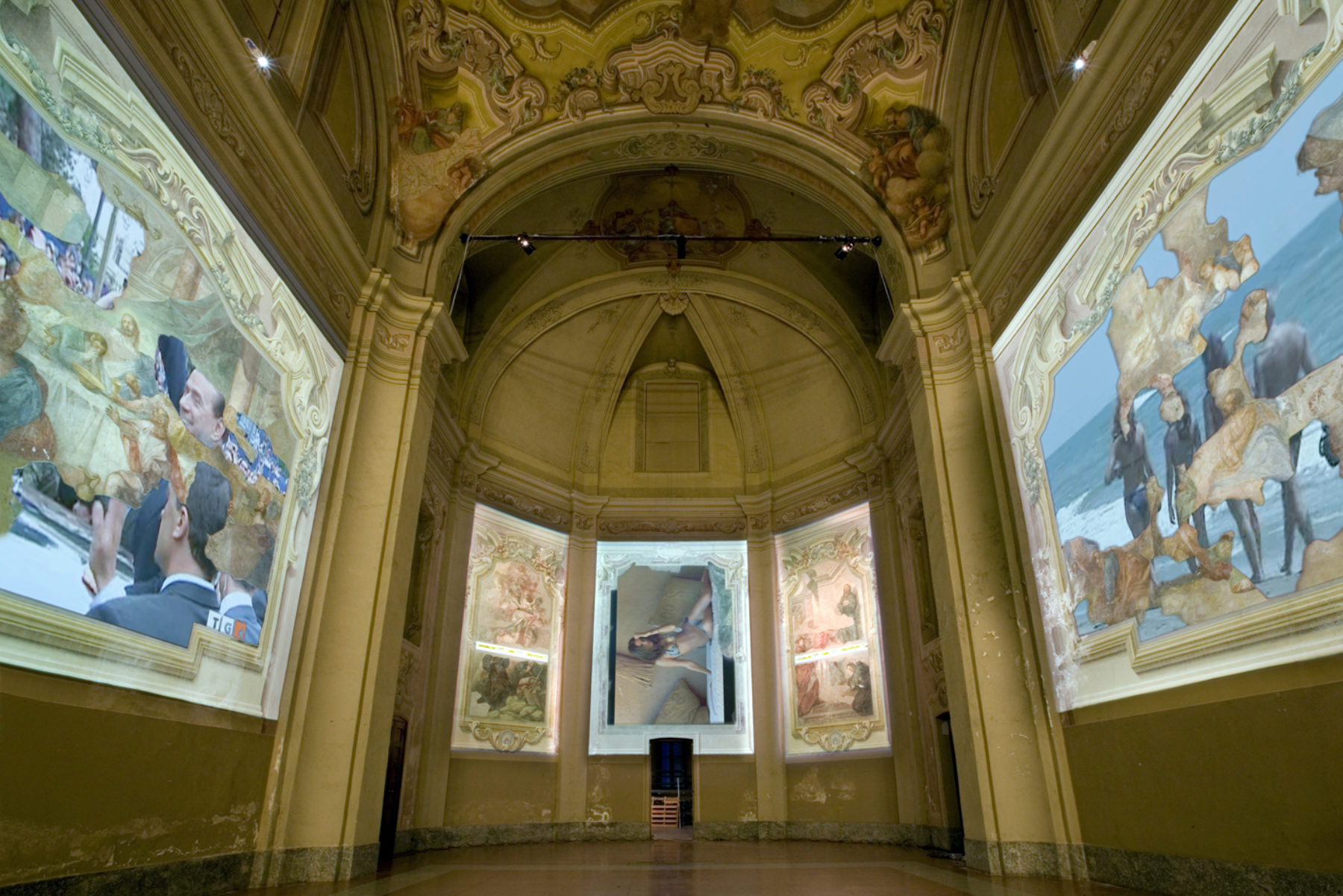 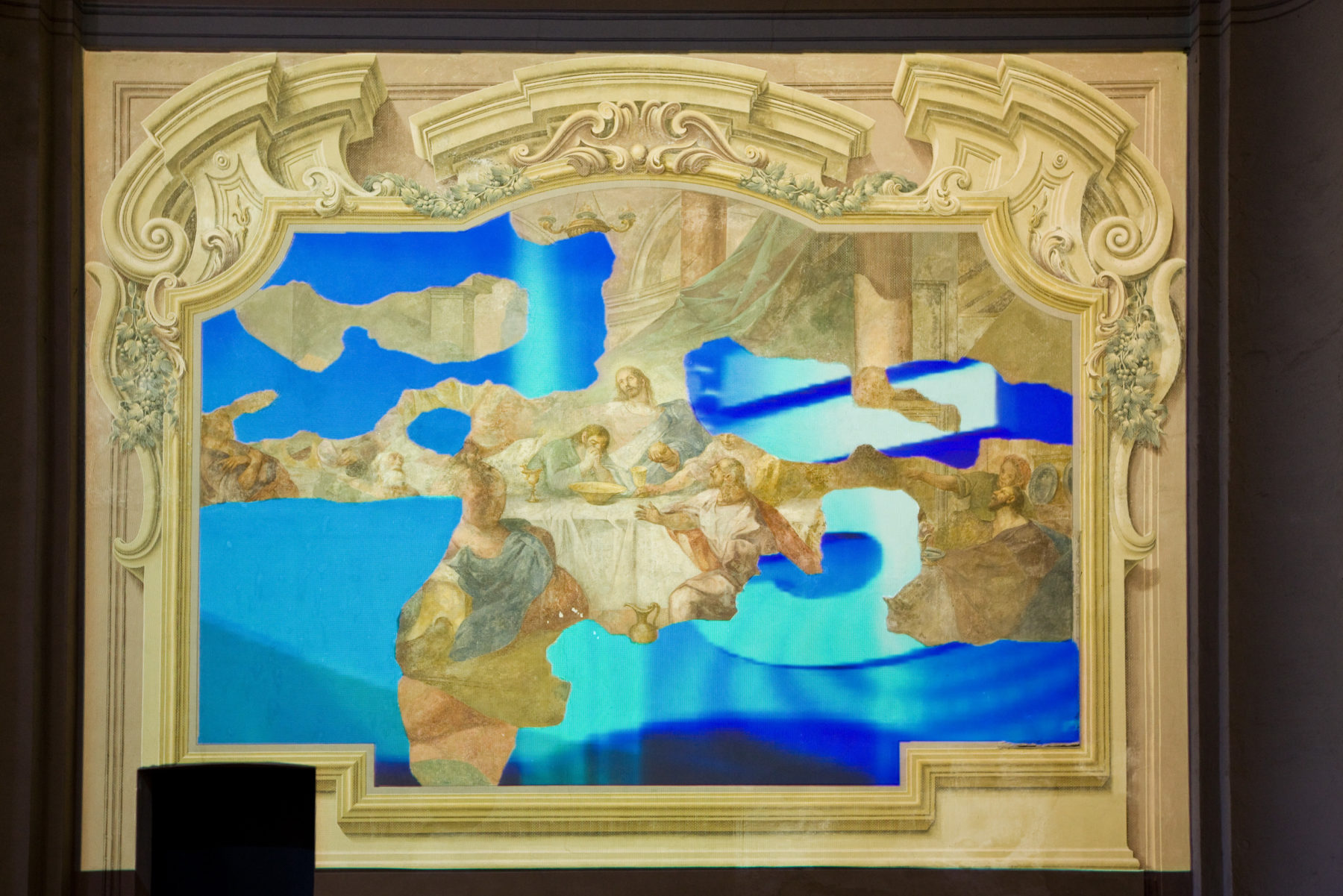 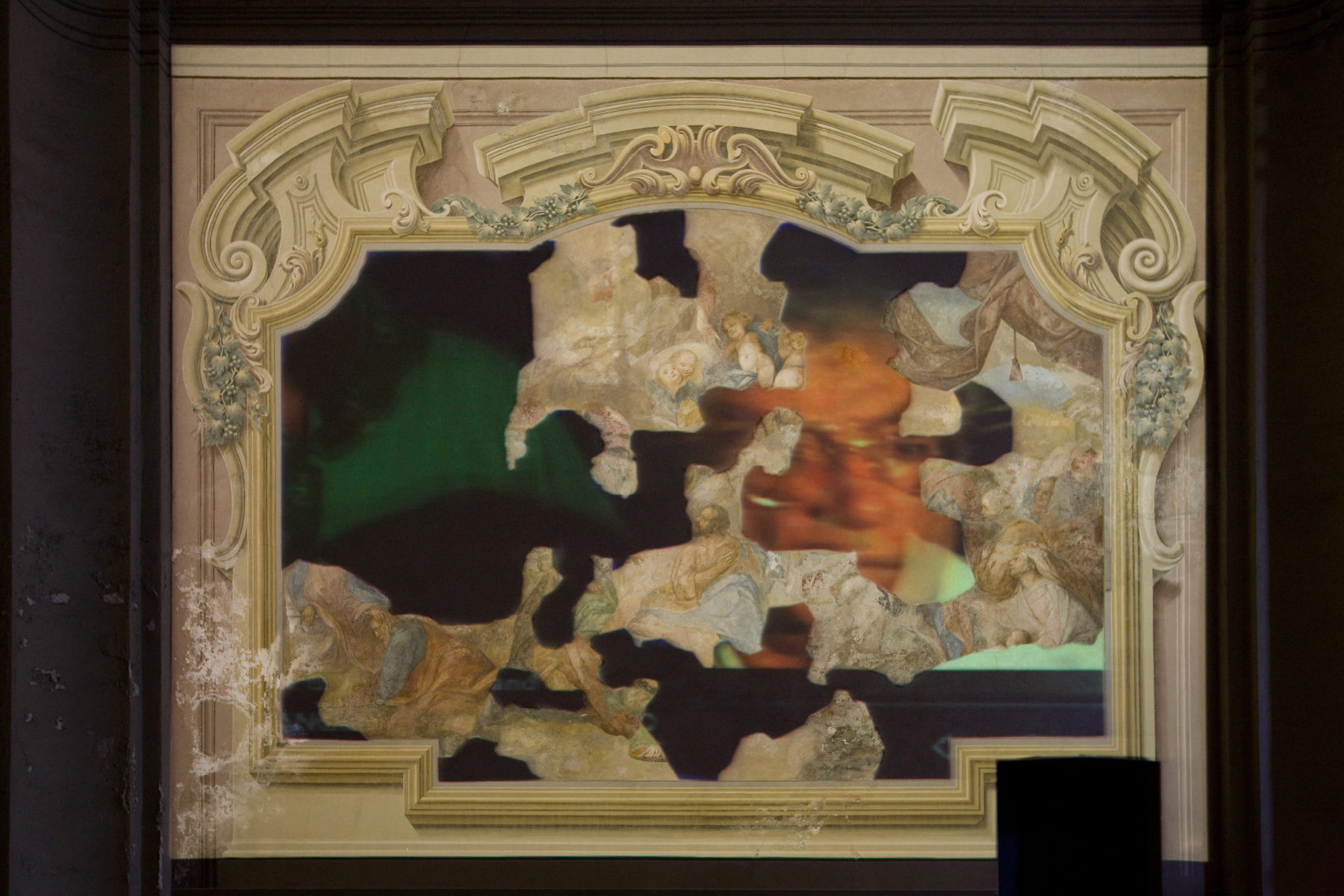 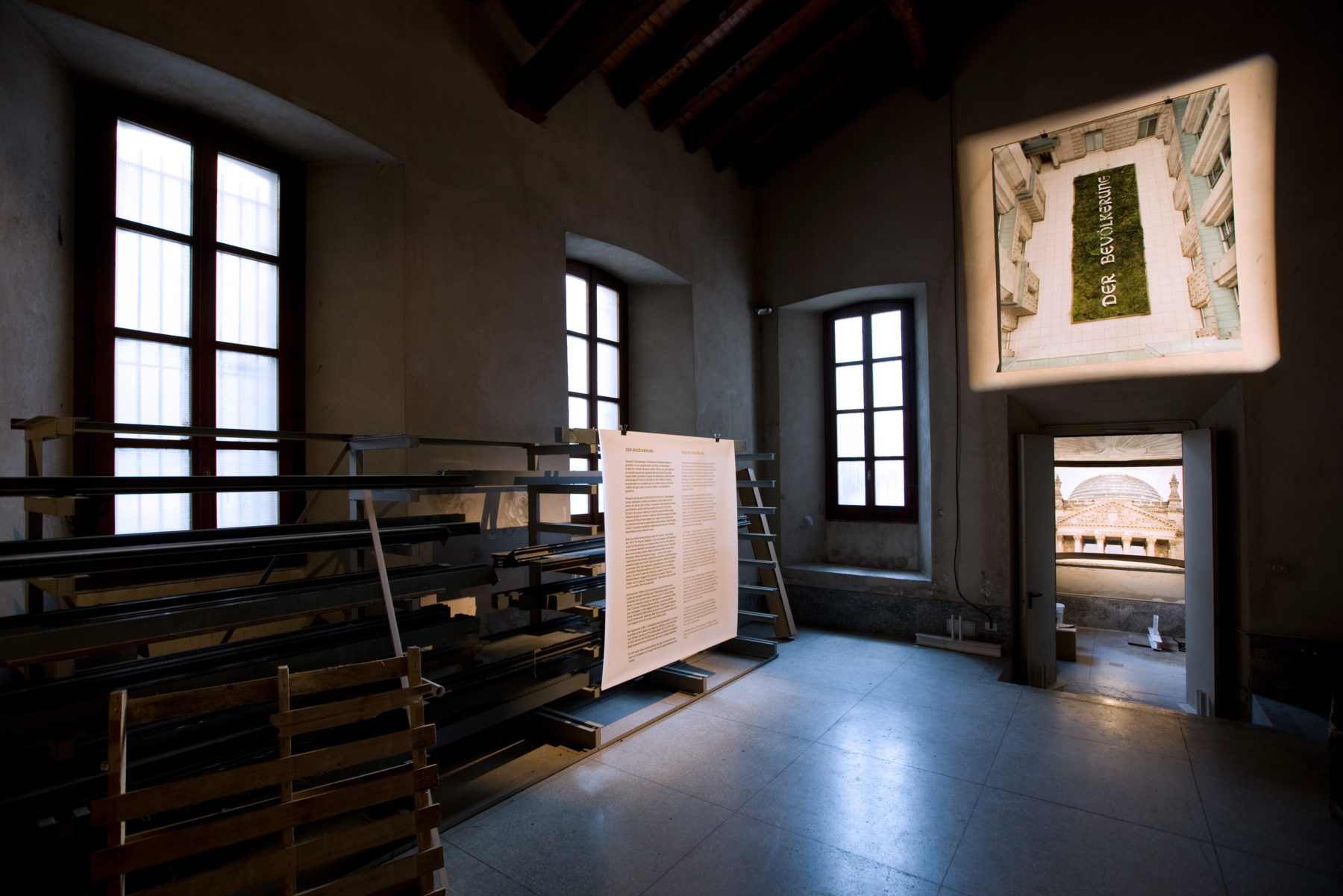 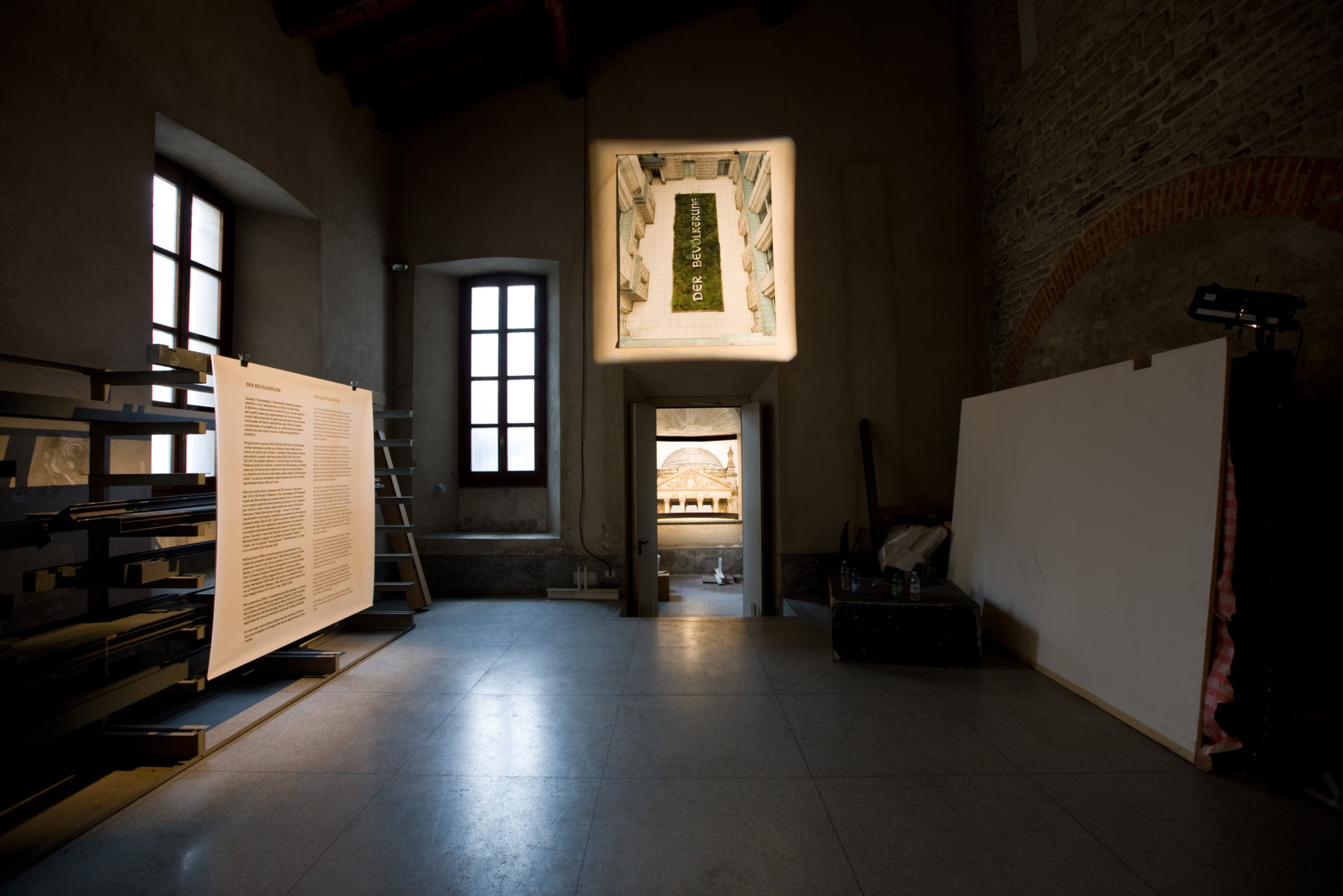 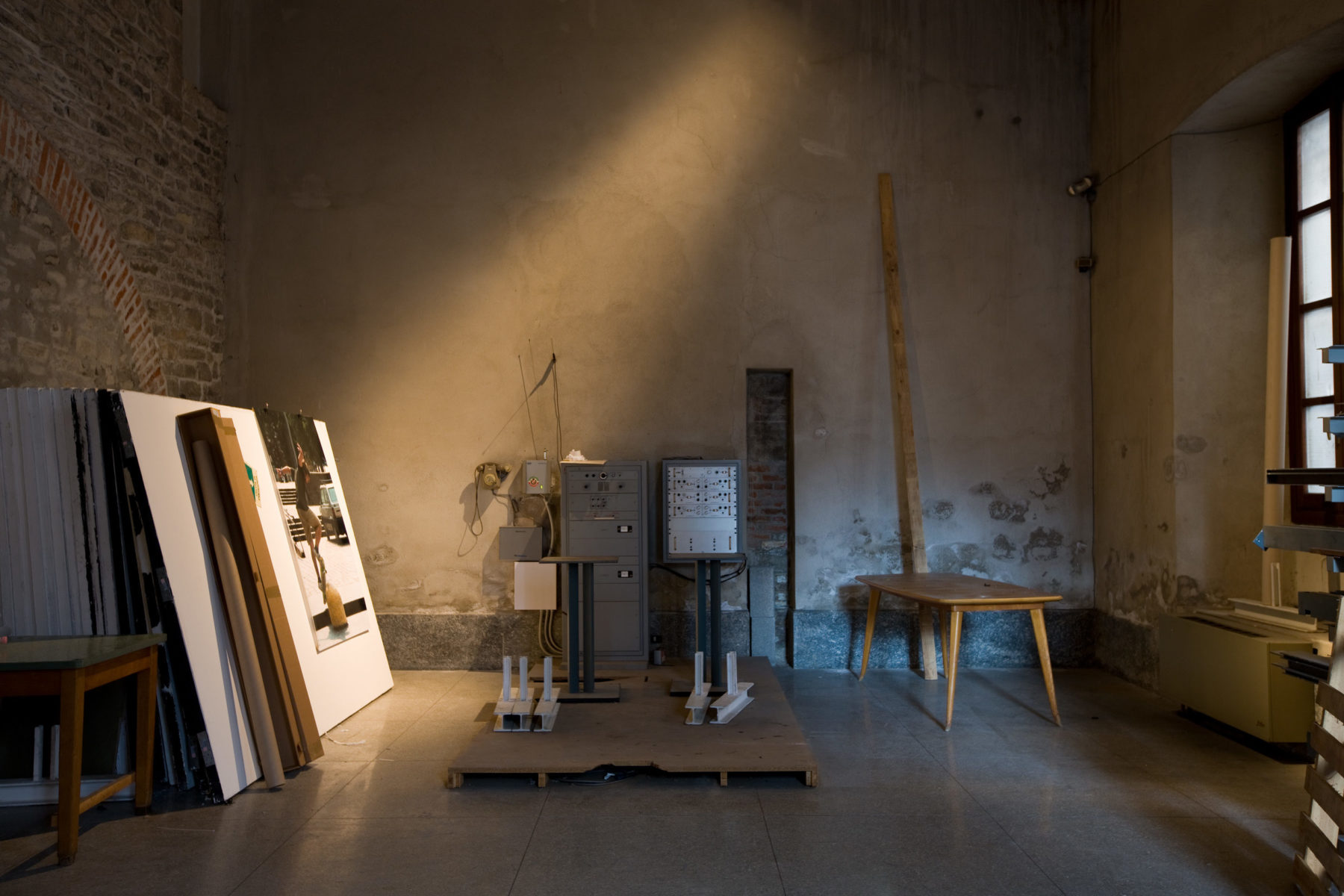 Hans Haacke, Once Upon a Time..., Spazio Culturale Antonio Ratti, 2010. Photo A. Osio

In response to the architecture of San Francesco and its frescos, Hans Haacke chose 3 works for the exhibition. Wide White Flow of 1967 dominated the central nave.

Alongside the naves and in the spaces behind the apse was installed a work entitled The Population meets St. Francis, a series of photographs of spontaneous plant growth, taken in an open-air courtyard of the Berlin Reichstag.

The plants had sprouted at the seat of the German parliament in the artist's ongoing participatory project Der Bevölkerung (To the Population). This dedication to all residents of the country put the exclusive and historically burdened inscription DEM DEUTSCHEN VOLKE (To the German People) on the building's fasáde into perspective. Before the Bundestag accepted this work in 2000 by a slim majority, the proposal had generated a heated, nationwide debate. Since its inauguration, more than 280 members of the Bundestag contributed the soil from their election districts.

The last work shown in the exhibition was a site-specific work entitled Once Upon a Time... In areas of the 17th-century frescos of the apse - which, due to the ravages of time, were then blank - the artist introduced continuously changing glimpses of Italy's contemporary corporate culture. Through the missing parts of the frescoes, the artist video-projected live TV programs of Rete 4, Italia 1, Canale 5 and the Milano stock exchange data in real-time, in order to create a sort of collage made of by seventeenth-century representations and contemporary video images.