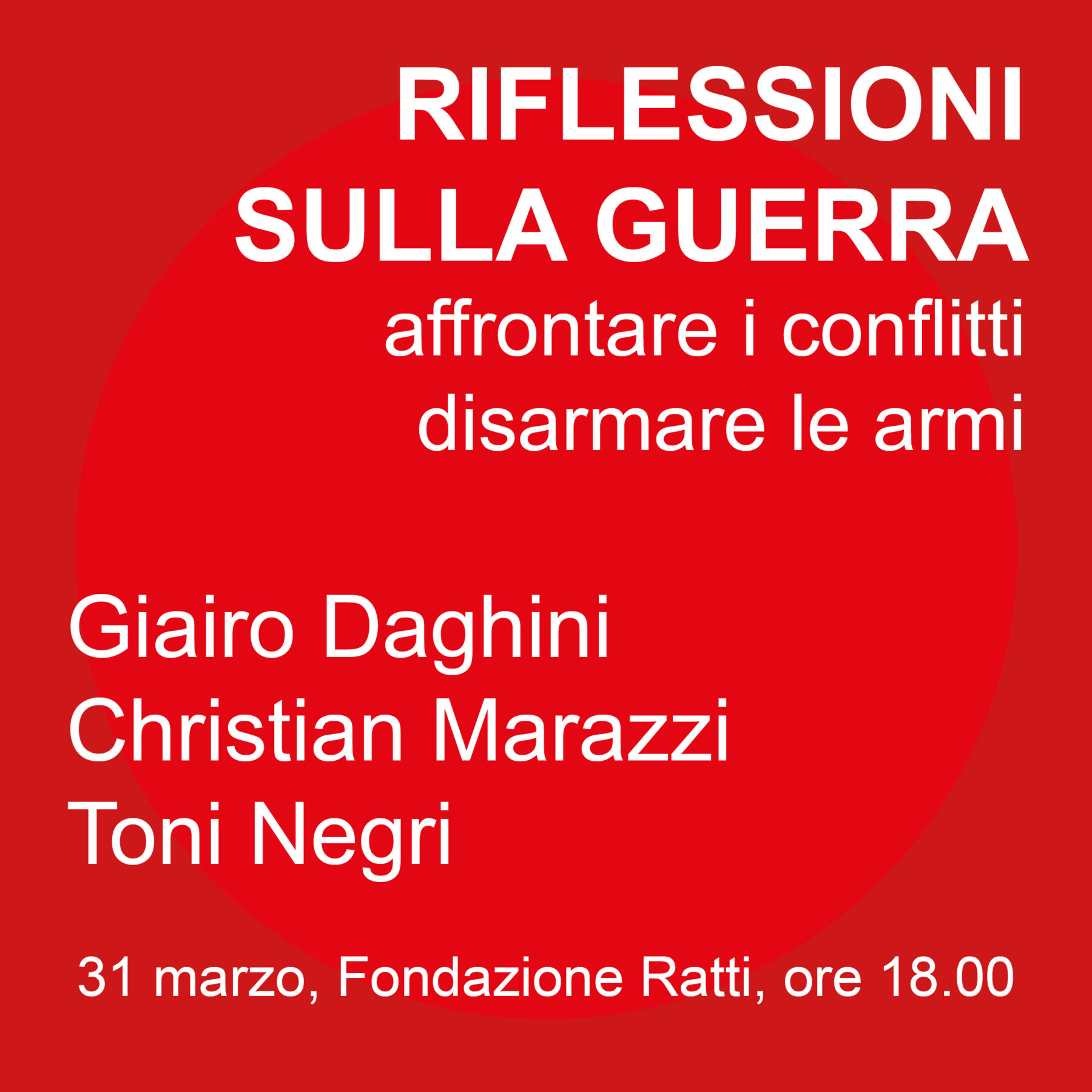 On Monday, February 21, 2022, during a live TV speech, Putin signs the decree whereby Russia recognises the independence of the separatist republics of Donbass from Ukraine. This could have been the starting point of negotiations to resolve the conflict. Instead, at dawn on February 24, Putin invades Ukraine leading to a rapid acceleration of conflict: principally, between Putin's imperial nationalism and Ukrainian hyper-nationalism and also, one prompted by the unease felt by Russia at the expansion of NATO. The unsustainability of the hand-to-hand combat in the city, the depletion of raw materials and energy worldwide, and the ongoing accumulation and occasional demand for weapons in Europe for years indicate that this has been a time of lurking war rather than of solved problems. This war adds to the conflicts, present even before Covid, related to unemployment, the algorithmic capture of the imaginary and the extraction and privatization of wealth. It is necessary to ask ourselves what form the exit out of this war could take.