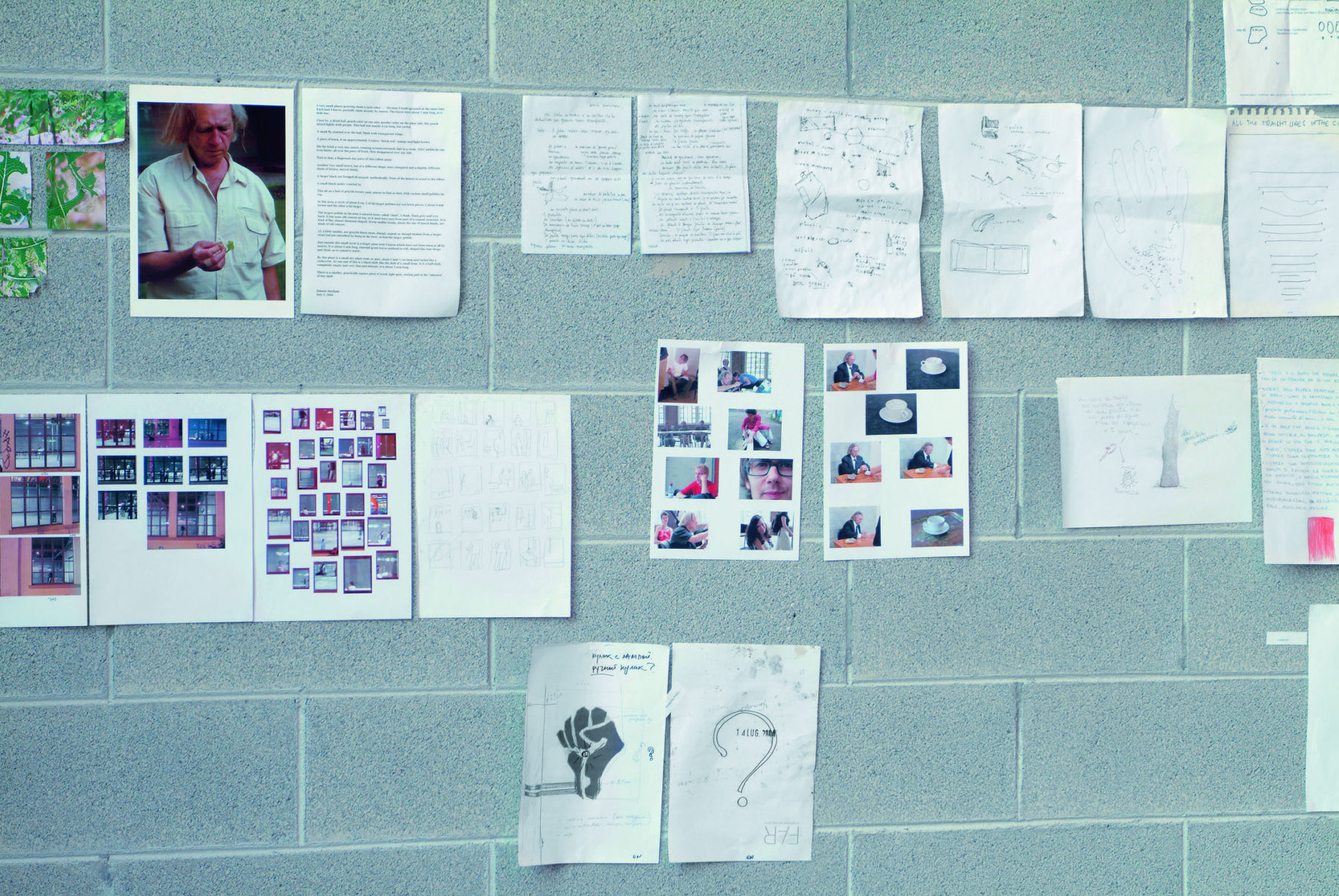 "Art cannot be taught. There are no more manuals skills, such as grinding and mixing of pigment or the proper method for splitting stone, that are a necessary part of art practice. Learning how to use a computer or a video camera will not help you. Thierry de Duve says that teachers can at best serve only as psychological counselors. But we who assign ourselves the task of making art cannot be so cynical as that. If as Sarat Maharaj says, making art is the production of knowledge, then probably coming together to work can be a good factory. One is not smart on one's own, but in dialogue. It may sound soft to say that I try to encourage younger artists. It is what i do, and I try not to use teaching as a way to accumulate personal 'power'. Students, however, often realize after the passage of some time that this lack of authoritarian manipulation on my part can be relentless. If you are not serious enough to make your own criticism I will not bother you. Security and self-satisfaction lead to the grave. If you want to dig your own grave I will not try to stop you."
(Jimmy Durham)

Jimmie Durham (b. 1940, Houson, Texas - d. Berlin 2021) was a Cherokee poet, author, and visual artist, who was an activist in the American Indian Movement in the 1970's. Durham creates in an array of mediums: drawings, installations, video —which he uses to document his performances—, and sculptural constructions. Working predominantly as sculptor, he often combines found objects and natural materials and incorporates text to expose Western centric views and prejudices hidden in language, objects, and institutions.

Durham has participated in several editions of the Venice Biennale (2013, 2005, 2003, 2001, 1999) and of the Whitney Biennale, New York (2014, 2006, 1993) and took part to the 6th Moscow Biennale (2015); 13th Istanbul Biennale (2013); Documenta 13 (2012); and Taipei Biennale (2012); among others. He was awarded the Robert Rauschenberg Award by the Foundation for Contemporary Arts, New York (2017) and the Goslarer Kaiserring Prize (2016). Jimmie Durham is also the recipient of the Golden Lion for Lifetime Achievement of the 58th International Art Exhibition of La Biennale di Venezia - May You Live In Interesting Times (2019). His recent retrospective At the Center of the World (2017-18) traveled from the Hammer Museum, Los Angeles, to Walker Art Center, Minneapolis; Whitney Museum of American Art, New York; and Remai Modern, Saskatoon.

Stones Rejected by the Builder

Stones Rejected by the Builder

The Good and Righteous Work. Mechanisms of Splitting and Paradoxes in Relational Art